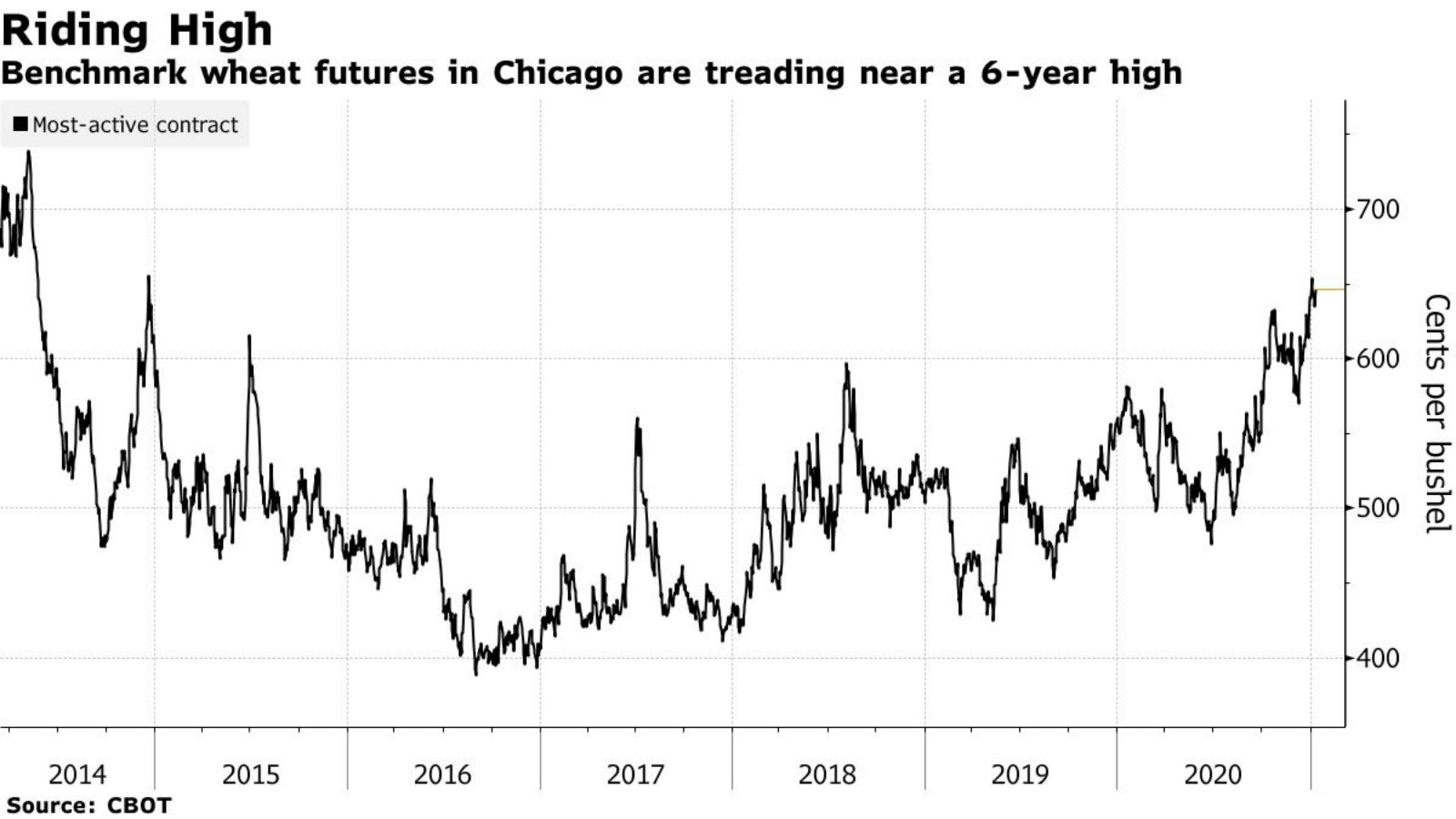 State grain buyer GASC called off a wheat tender yesterday as top supplier Russia prepares to raise taxes on grain exports, Bloomberg reports. The tender attracted offers from only a handful of traders, the fewest since June, and at a high price, says the business information service.

Russian officials are due to meet this week to discuss the plan — which involves a grain-export ceiling and a EUR 25 (USD 30) tax per tonne on wheat exports in a protectionist bid to boost local supply and stabilize prices, and will likely move forward as markets have already priced in the tighter restrictions. There’s a possibility the tax could be higher than originally planned, at EUR 50 per tonne, Bloomberg cited a report by Interfax as saying.

Russia is Egypt’s most important source of wheat: GASC made record purchases of Russian wheat since the start of the pandemic to ensure its strategic stockpile and curb any possible wheat shortages. Russian wheat constituted 80% of Egypt’s wheat purchases last season, with 2.5 mn tonnes bought as of August and more expected to come.

Egypt rarely cancels international wheat tenders. The last time it did so was at the onset of the pandemic in April 2020, when it made a change to how it pays suppliers.

Prices are rising: Wheat, corn, and soy futures are at six-year highs due to Russia’s plan and adverse weather conditions globally.