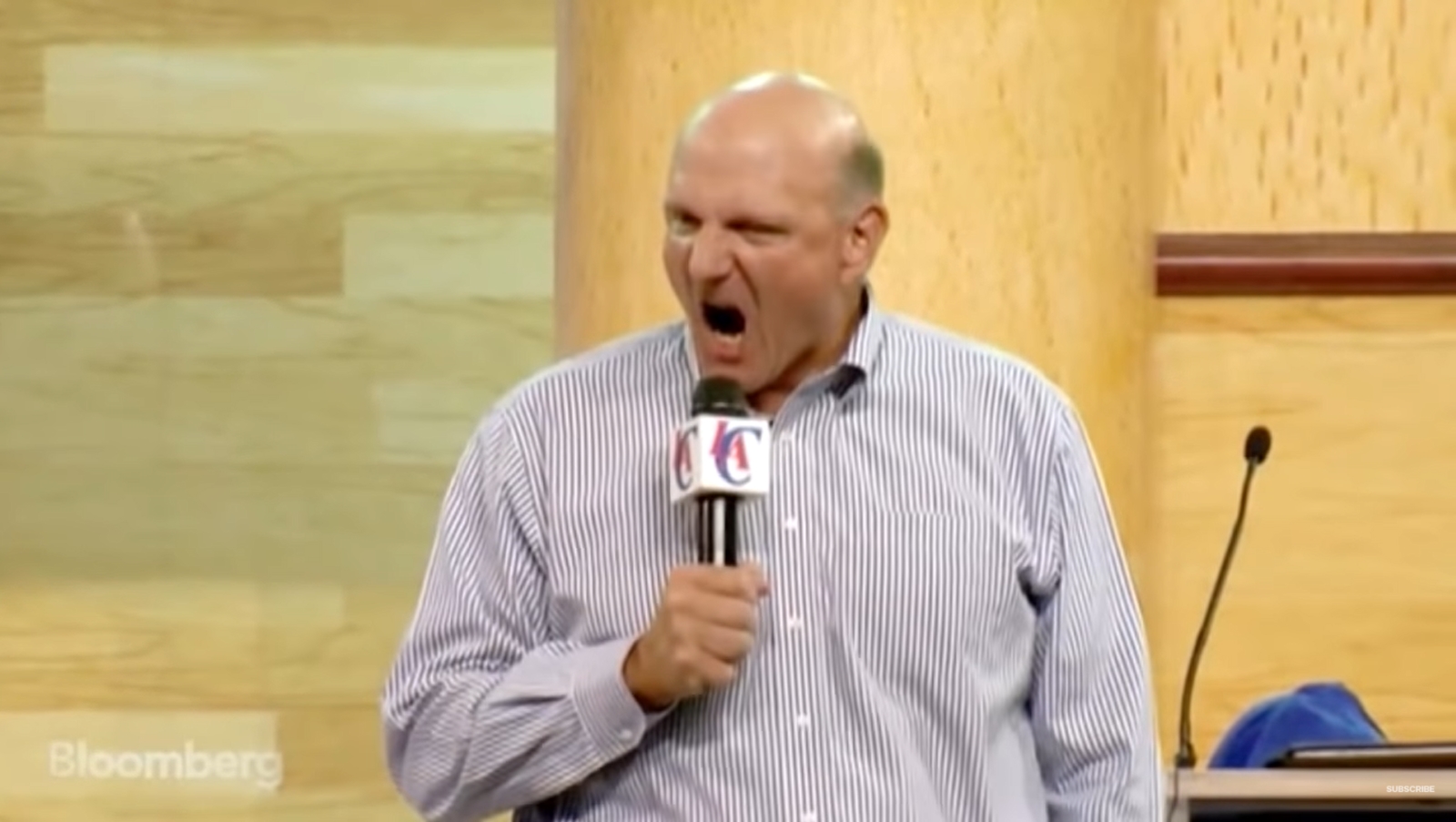 Why a ruthless attitude isn’t always the best approach in management — particularly in the long run: The workplace may not be the right place to apply the “nice guys finish last” saying, and taking a constantly Machiavellian approach with employees can sometimes lead to a company coming up short, writes David Bodanis for the Financial Times.

Introducing Exhibit A: We’ve seen it happen in big-name corporates like Microsoft, which was under Steve Ballmer’s helm between 2000-2014. Ballmer was quick tempered and lacked personal charm and was named “the worst CEO of a large publicly traded American company” by Forbes Magazine in 2012. With employees harboring resentment and ultimately shying away from approaching the CEO, Microsoft missed out on chnces to pursue smartphones, social media, key aspects of the cloud and other significant developments in tech during his tenure. (We dare you to watch how legendary Balmer’s yelling can get on full volume here and here.)

His successor, Satya Nadella, took a more considerate approach and has been credited with helping Microsoft rise to be one of the more profitable companies in the world. He was named the FT’s Person of the Year in 2019.

The keyword to keep in mind as a manager? Fairness: A skillfully applied fair approach is far more effective in managing a team, argues Bodanis — the author of The Art of Fairness. This style of management rests on three principles: Listening, giving, and defending. As a superior, there’s still plenty to learn from your employees and putting your ego aside could help you tap into fresh knowledge. Fostering a culture of working together, rather than working for individual benefit, helps boost company morale and team spirit.

While Bodanis makes the argument for being generous with your team, that doesn’t mean going on a bonus bonanza is a good idea. Balance is key to avoid being taken advantage of. Finally, while leaders should defend their viewpoints and decisions, Bodanis cautions against being overly defensive, encouraging managers to instead work to see and better understand other perspectives. This will help open gateways, and create alliances in the workplace.

Above all else, be a mentor. This starts by taking the time to connect with employees by possibly adding a “gratitude block” to your calendar to let workers know you appreciate them as individuals and as part of the team, Faiza Hughell writes for Entrepreneur. By understanding employees’ life outside of work, managers will become mentors by knowing how to help and advise. In small businesses particularly, every team member can have a ripple effect on the rest of the staff. When one colleague is having a bad day, everybody feels it. When someone is on vacation, everyone else needs to pick up the slack. Managers need to excel at more than delegating tasks — managing relationships and employees as people is just as important. When people feel they belong and appreciated, they tend to perform at a higher level.

That doesn’t mean you should micromanage: Too much help could be unnecessary or unwanted. How to help without being a helicopter manager? Get the timing right, clarify that you’re helping and not trying to point out bad performance on the employee’s part, and clear a path for them to get a handle on issues, The Harvard Business Review says.