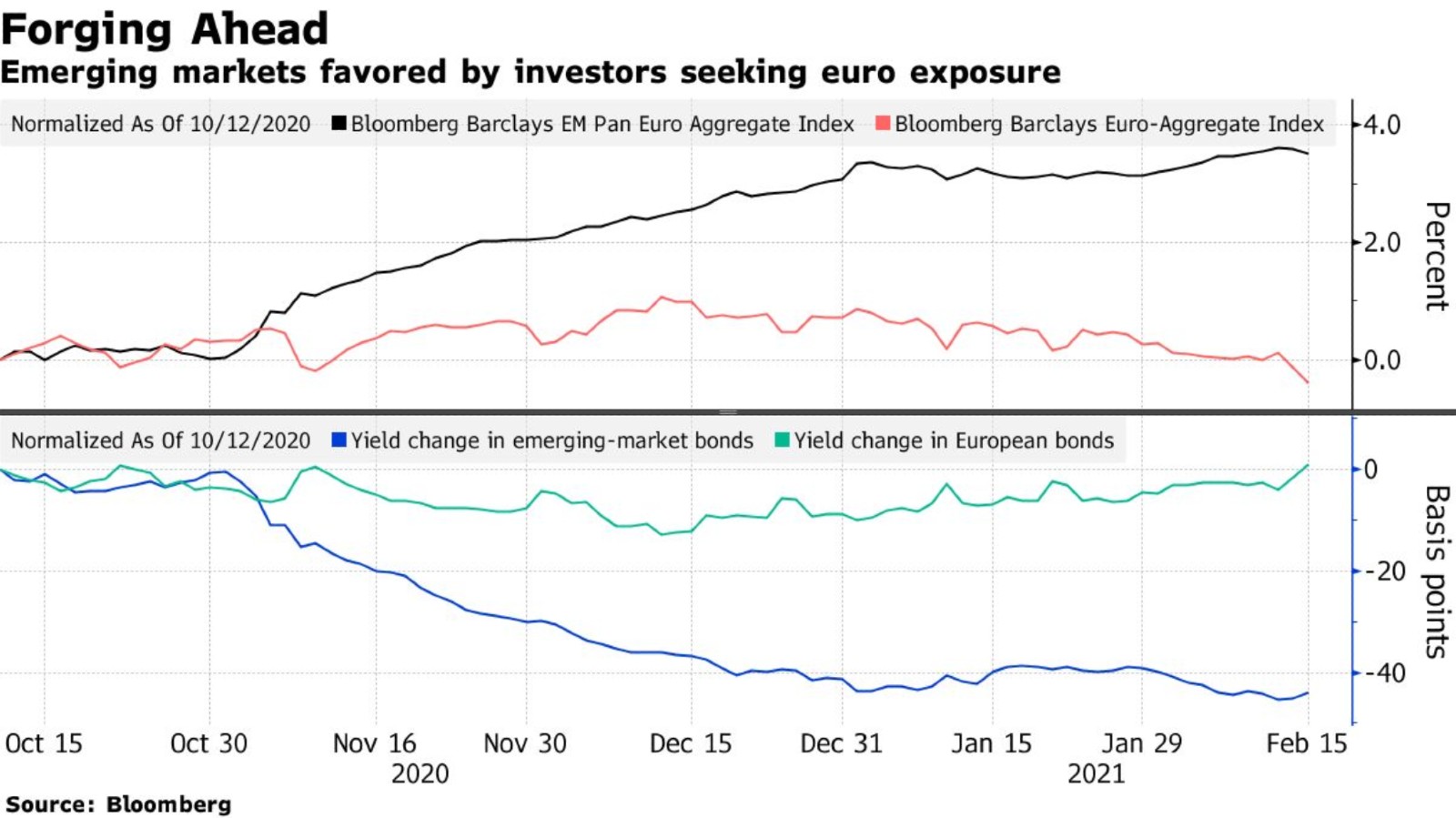 Egypt to see a swell of inflows from eurobond traders? Emerging markets are becoming a “sweet spot” for eurobond investors amid negative yields in Europe and concerns about incoming inflation, Bloomberg reported. Inflows into EM bonds have pushed their yield to a 27-month low relative to Europe, suggesting that investors are turning to higher-yielding debt in anticipation of an uptick in inflation. Egypt is already setting the tone for the asset class, with the issuance of USD 3.75 bn of eurobonds in a sale that was c. 4x oversubscribed earlier this month.

And while we’re on the topic of debt: Global debt reached a record USD 281 tn at the end of 2020 as governments and individuals around the world borrowed nearly USD 24 tn to offset the economic effects of covid-19. The borrowing spree has already pushed debt to almost 355% of global GDP, but shows no signs of abating as governments are set to continue borrowing a further USD 10 tn by the end of this year to support stimulus measures, according to Bloomberg.

Saudi Arabia could reverse its oil output cuts as of April after agreeing to slash its daily output by 1 mn bbl in February and March in an attempt to buoy prices, the Wall Street Journal reports. Oil prices dropped on the news ahead of the OPEC+ meeting next month, when the kingdom is expected to announce its plans, after staging a recovery in recent months on hopes of a successful vaccine rollout.

Asian markets are mixed this morning, with the Nikkei and Shanghai in the green and the Kospi and Hong Kong’s Hang Seng in the red. Futures suggest the Down and S&P will open in the green, while the tech-heavy Nasdaq is trending toward red at dispatch time. We’re also looking at a mixed open in Europe this morning.