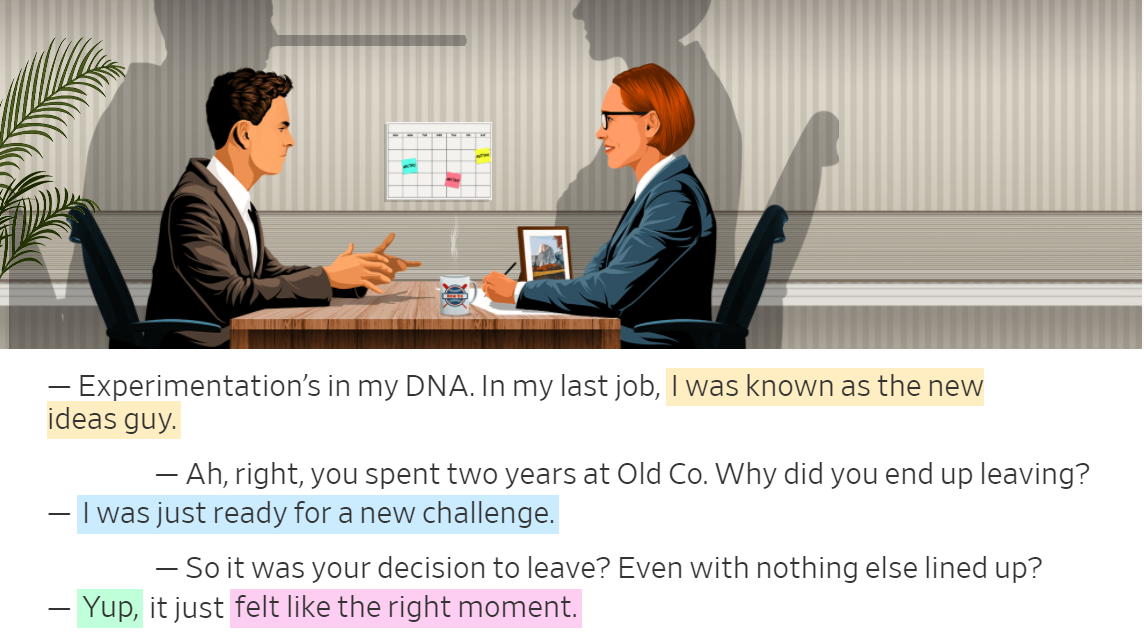 How we lie in job interviews: Chances are, there were at least a few white lies and half-truths that made their way into the conversation. And while that’s quite common, they don’t necessarily translate into getting you the job, or long-term job satisfaction. As both sides of the job interview tend to do it, it doesn’t mean the employer gets the best employee for the job. By polling psychologists, consultants, hiring managers, etc. Wall Street Journal has prepared a nifty guide on the lies potential employees and employers tell each other in a job interview.

The applicant: It is typically the younger, more competitive, and (obviously) narcissistic and psychopathic applicants that are likeliest to fib on an interview, according to a 2020 study. There lies are diverse: from disingenuous compliments, to omissions, to exaggerations and outright fabrications.

Not all of them are all that bad, though: Compliments cannot hurt. But more importantly, there may be information that a candidate should obscure from the CV, says Kathryn Minshew, chief executive of careers site the Muse. These include hiding your birthdate and address to avoid bias in hiring based on age and location. She also highly recommends not divulging particular medical conditions.

The interviewer: Exaggerating the importance of a company role, and ease of mobility within it, along with minimizing downsides appears to be the common thread with them.“Every interviewer swears that they’ve got a fabulous corporate culture,” says Judson Vaughn, CEO of First Impressions HQ in Atlanta.

And a common pitfall they fall into is willful ignorance. Hiring managers are so desperate to fill the position, they will almost accept a candidate’s lie at face value without probing.

As with any relationship, honesty is the best way to go: The lesson here isn’t to train hiring managers to be Stazzi interrogators or to infuse applicants with the charm of Bernie Madoff. It’s to highlight that while lying in job interviews is common, honesty is the best way to secure a long term hire, as ultimately faking it till you make it can only get you so far.