Our very first issue of EnterprisePM

Good afternoon, everyone, and welcome to our very first issue of EnterprisePM, your afternoon briefing on what’s going on in Egypt and emerging markets — and your guide to where you may want to spend your time and money tonight.

Wait, what? Are you moving to afternoons? Nope. EnterpriseAM will still be out each weekday day at 6am CLT, just as usual.

…and we’re delighted to finally bring it to you in association with our friends at CIB and Act Financial.

EnterprisePM is designed to help you leave work behind when you check out of the office, whether your commute is across town, down the hall to your family room or entirely fake. Each issue will include:

EnterprisePM will be out each weekday day by 3:45 pm, and we’d love to hear what you think about it on editorial@enterprise.press. And a little later this year, it’s going to be the vehicle through which we send you the thing you (in aggregate) have been asking for the most…

*** Look for EnterpriseAM, your essential rundown on the day ahead, in your inbox each morning at 6am CLT, Sunday through Thursday.

On an otherwise quiet afternoon, the BIG NEWS HERE AT HOME is the latest sign that the red-hot healthcare sector is not going to slow down anytime soon. Speed Medical is closing in on its acquisition of Al Safwa Hospital and is telegraphing that an IPO for the hospitals division could be in the cards.

Watch this space: Dubai plans to vaccinate “all eligible adults” by the end of the year, Bloomberg reports. And no, there’s still no sign that the UAE plans to allow non-residents to fly in and pay to be jabbed.

What kind of week is it going to be? In a word: Workaday (adjective: not special or unusual; ordinary). The “new year, new you” kick of January is over and we’re well into a month in which the rubber needs to hit the road: Sales teams face empty columns in their trackers, finance folks are working on their FY2020 close, and product owners have a full year of stuff on their roadmap on which to start grinding.

It’s officially mid-year break for public schools. Office-bound readers can look forward to much smoother commutes from now through 18 February.

AUC is hosting a webinar headlined the Rise of Citizen Capitalism with guest speakers Michael O’Leary (Linkedin), MD at Engine No. 1, and Two Sigma partner Warren Valdmanis. It airs tomorrow evening at 7pm CLT and you can register for it here.

STAT OF THE DAY: Three. The number of TV crews shooting TV serials in Maadi this morning — a sure sign that the Holy Month is nearly upon us. There are 65 days left until Ramdan.

Bubble? What bubble? Investors expect a “strong growth environment based on expectations of additional fiscal stimulus and an improved vaccine outlook,” according to a recent Goldman Sachs note summarizing the results of its latest “Marquee QuickPoll” survey of more than 1k of its institutional investor clients. Goldman’s clients are looking beyond the GameStonk short squeeze, and 54% of them expect “mass US vaccine distribution by July.”

It’s a Bubble, Damnit, chapter 312: One of the world’s top value investors is worried that central bank policies and government stimulus have made it impossible to tell the true health of the economy — and with it, impaired our ability to gauge risk in the market. A data point on the journey, courtesy dotcom bubble fixture Henry Blodget (who now runs Business Insider): The “percentage of public companies that are losing money is now at an all-time high, exceeding even the dotcom boom…” Famed investor Jeremy Grantham said earlier today that the US stock market “is in a bubble with ‘very seldom seen levels of investor euphoria.’”

How could this ever end badly? Third SPAC ETF launch taps into blank-check company boom.

⁉️ WHAT THE [REDACTED] IS… Dogecoin? The cryptocurrency has been having a moment on Twitter the past few weeks and is now worth a total of more than USD 6 bn. But it started out as a joke — literally — back in 2013 and is based on a meme of a “Shiba Inu dog with bad spelling habits.” The inventor “set out to create a coin so ridiculous it could never be taken seriously. In return for solving mathematical puzzles, dogecoin miners operating fast-running computers received anywhere from one dogecoin to hundreds of thousands of dogecoins.” Who brought it back to life? None other than Elon Musk in a tweet. The WSJ has the full story.

Stop us if this sounds familiar: The UK is about to roll out a tax on folks whose bottom lines have grown too heavy in this era of covid — and has a new online sales tax in the works, Reuters reports, stopping short of saying how much the one-off “excessive profits tax” would work. The announcement should drop in the first week of March.

That’s not the only idea that just won’t die: The hunt for the mythical creature known as a “four-day workweek” is still a thing, at least if the nice people at CNBC are to be trusted, writing that the Spanish government decided last week to try a four-day workweek for a three-year period. Read: A 4-day work week might be edging closer — here’s why.

Are you / your kid / your little sister going into healthcare, finance, law or, uh, “computers, math”? Odds are good robots won’t be claiming your / their jobs in the next 10 years, the Wall Street Journal suggests, predicting they’re among the fields likely to see the most job growth through 2029. Figures in the story are from the US of A, but the trends will hold.

🍔 Fat doesn’ make us fat — and eating lots of it (and very little carbs) can put your diabetes in remission. It may also help prevent Alzheimer’s disease, which some researchers are now referring to as “diabetes of the brain.” Go read the Guardian’s awesome interview with science journalist Gary Taubes, who has spent 20 years beating the drum that low fat is nonsense and that the “calories in, calories out” theory of weight loss is … complete rubbish. Sold? Want to go deeper? Go snag a copy of his The Case for Keto: Rethinking weight control and the science and practice of low-carb / high-fat eating.

EGYPTIANS DOING WELL ABROAD- An Egyptian-American just became the first Muslim to be named head of the Harvard Law Review in its 134-year history. And you want badass? Check out this Egyptian peacekeeper on patrol in Bukavu, Congo:

🏙 FROM THE DEPT. OF URBAN PLANNING-

The Cairo Eye is shaping up to be an eyesore and politicians are taking a step back. The proposed EGP 500 mn ferris wheel doesn’t belong to the Tourism Ministry, minister Khaled El Anany emphasized in remarks to MPs. House Tourism Committee head Nora Ali wants authorities to move it off the island of Zamalek, where residents worry that it will snarl traffic. The development was announced last month. Count elder statesman Amr Moussa among those who really — really — doesn’t like the thing.

Also unpopular with local residents: A planned bridge near the Virgin Mary Catholic Cathedral in Heliopolis. Members of a cathedral committee say it would be an eyesore — and could threaten the structural integrity of the building, Masrawy reports. Church officials have the backing of the Maronite and Roman Orthodox Church and are jointly appealing to MPs and members of the Senate asking that action be taken. 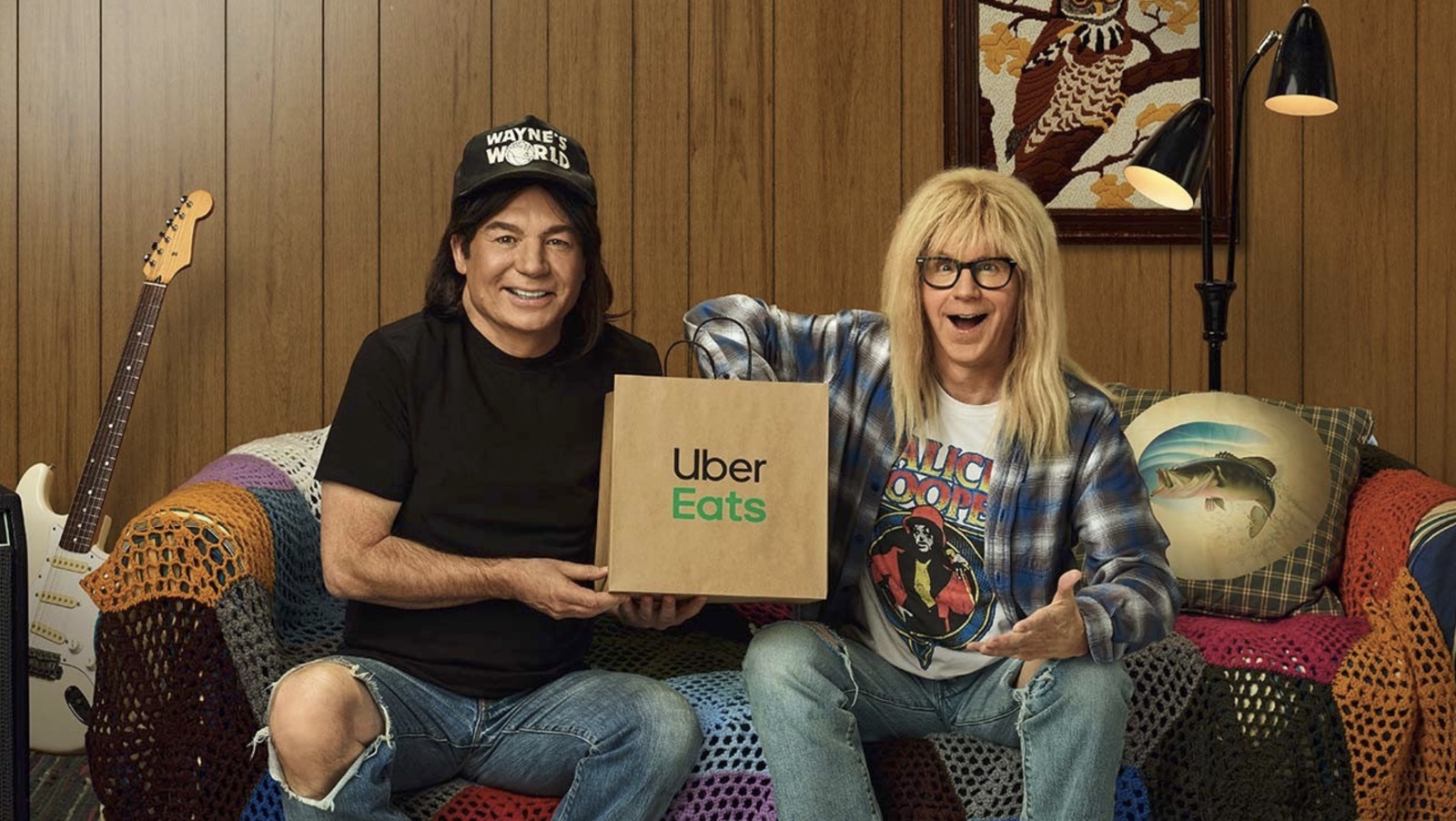 🏈 It’s Superbowl Sunday for folks who follow American football with the Tampa Bay Buccaneers (14 and 5 for the season) facing off against the Kansas City Chiefs (16-2). Kickoff is at 1:30am CLT. CBS Sports has three bold predictions for the game, including that it will be settled in OT. The real highlight for readers of a certain age: Wayne and Garth are back as Mike Meyers and Dana Carvey bring their iconic Wayne’s World characters back to life in a spot for Uber Eats that will also feature Cardi B.

Look for the stock market to do better this year if the Buccaneers come out on top, says a market watcher in this fun piece from CNBC.

⚽️ In (real) football: Starting with the Premier League, the Spurs will have already faced West Brom by the time this issue reaches your inbox, but you can start off your after-work day with the Wolves who will play against Leicester City at 4pm CLT or Liverpool’s match against Manchester City at 6:30pm CLT. Sheffield United and Chelsea will also hit the field at 9:15pm tonight.

La Liga has a few matches on today that could catch your eye: Real Sociedad are currently on the field against Cádiz, with the next match at 5:15pm CLT between Valencia and Athletic Club. Osasuna will head off against Eibar at 7:30pm CLT, while Barcelona will play against Real Betis and Atlético Madrid will play against Celta Vigo, both at 10pm CLT.

Serie A sees two matches to be played at 4pm CLT between Udinese and Vorona and between Milan and Crotone. Parma will play against Bologna at 7:30pm CLT, with the league finishing up the day with a 9:45pm CLT match between Lazio and Cagliari.

DO WE NEED TO REMIND YOU about the Al Ahly-Bayern Match playing tomorrow? The Egyptian team qualified for the semi-finals of the Club World Cup after beating Qatar’s Al Duhail 1-0 on Thursday. 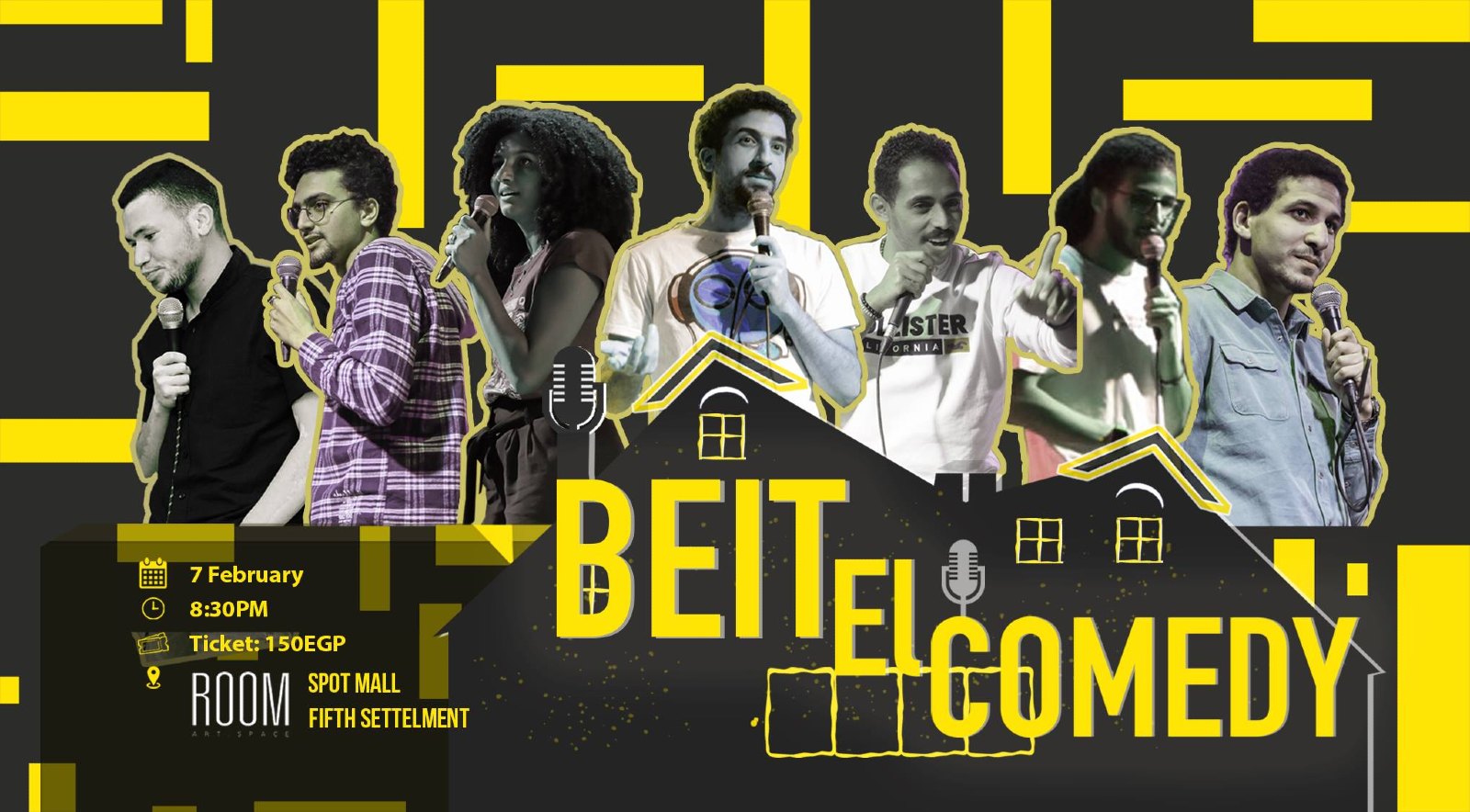 Karim El Hayawan’s Between Here & Elsewhere exhibition opens this evening at 6-9pm CLT and runs through 25 February. El Hayawan looks at the history of the rugs that lay within some of Cairo’s most iconic mosques. Venue: Zamalek’s Soma Art School & Gallery.

The Cairo Opera is paying tribute to legendary Italian violinist Niccolò Paganini with a concert by The Cairo Chamber Music Youth Ensemble. The performance gets underway at 8pm CLT tonight — get your tickets here.

🌤 TOMORROW’S WEATHER- We’re looking at three of sunny skies with cloudy periods and unseasonably warm daytime hights of 27°C Monday through Wednesday. Have we mentioned, lately, that Egypt has the world’s best winters?