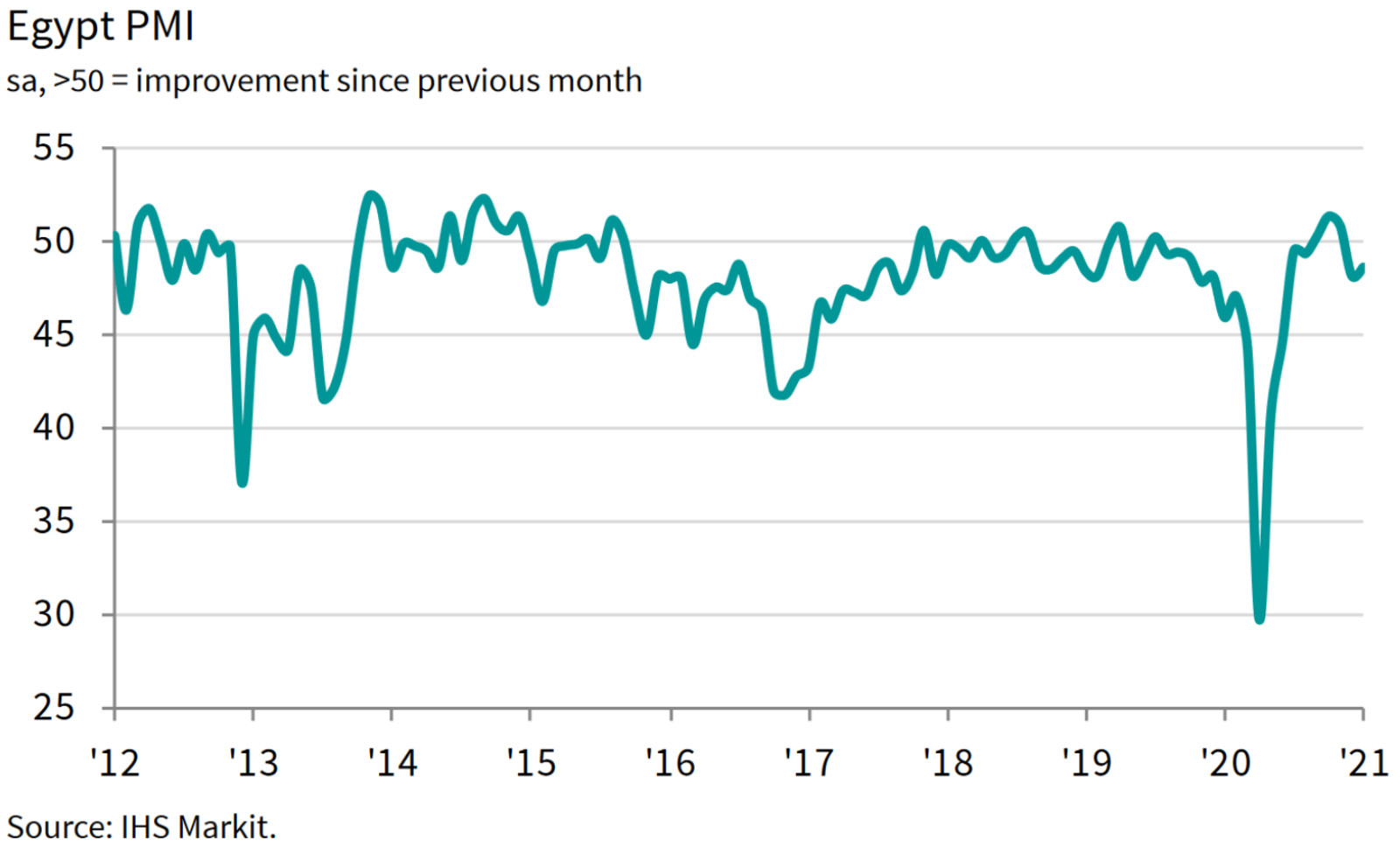 Non-oil private sector activity in Egypt continued to contract in January, albeit at a slower pace as falls in output and orders tempered, according to IHS Markit purchasing managers’ index (PMI) figures (pdf). The PMI gauge edged up a little from 48.2 in December to 48.7 in January, below the 50.0 mark — which separates expansion from contraction — for the second consecutive month. This reflects a “moderate deterioration” in business conditions as output, new orders and employment indices climbed from December.

But respondents are optimistic about 2021: In a reversal of the gloomy sentiment seen during the final months of 2020, almost 40% of respondents now expect growth and output expansion throughout 2021 as covid-19 vaccines are rolled out. Just 1% now expect the situation to worsen.

Business activity had fallen back into contraction territory in December following three months of growth as the resurgence in coronavirus cases depressed demand and hit sentiment.

A pick-up in exports helped to support output in January, which continued to fall during the month due to falling new orders, reduced client spending and covid-related disruption.

Input purchases fell at their sharpest pace in four years, which translated into “a renewed drop in stock levels.” Disruptions caused by the pandemic caused deliveries to be longer than usual, and some suppliers struggled to meet demand for materials that were in short supply. This produced a ripple effect on purchasing costs, which jumped at the fastest rate for three months.

The employment gauge fell at its slowest rate in 15 months as some firms stepped up recruitment.