The “small government” consensus may be coming to an end — and that’s not necessarily a bad thing, says the EBRD 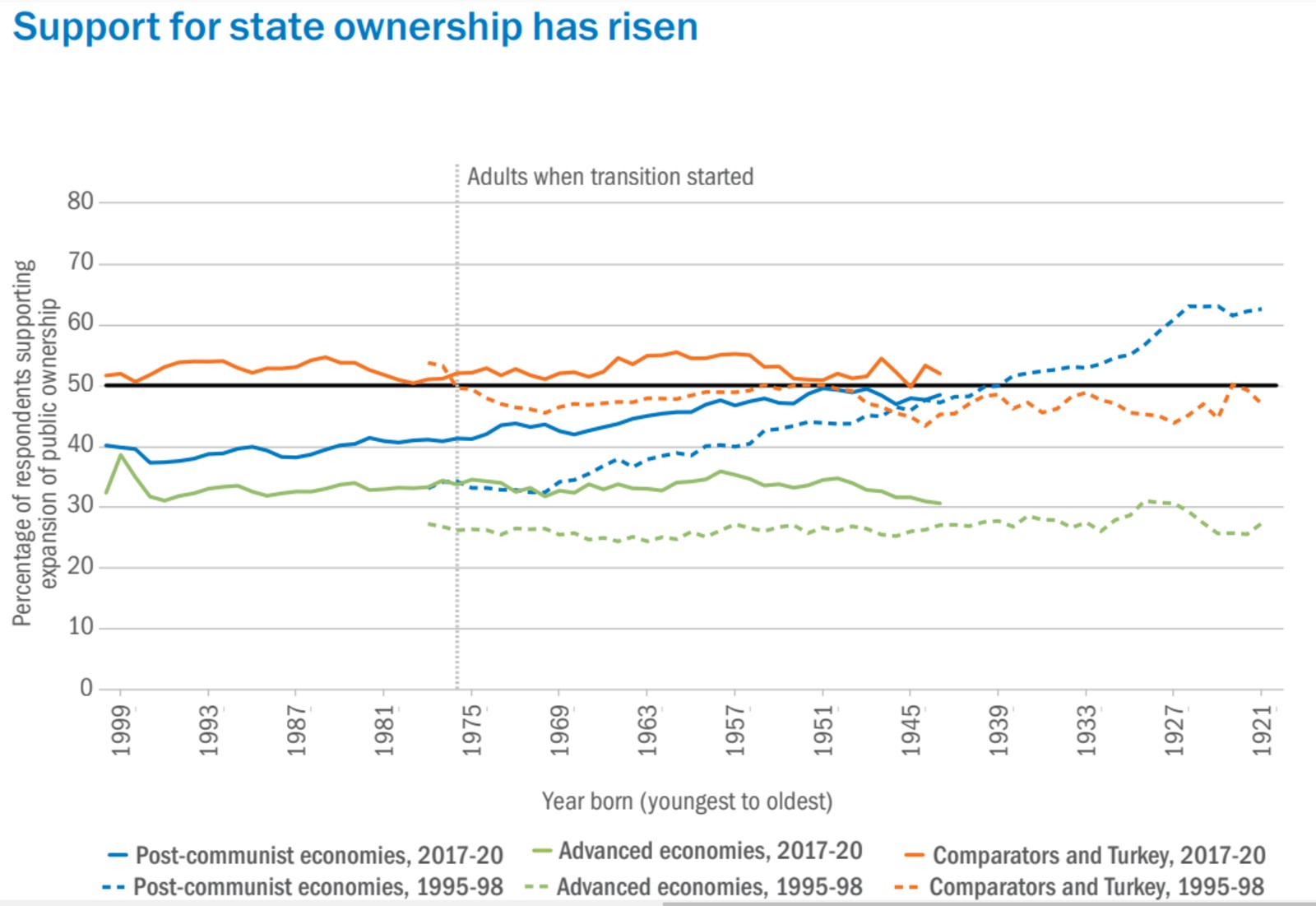 The “small government” consensus may be coming to an end — and that’s not necessarily a bad thing, says the EBRD. Covid-19 is causing public opinion in emerging economies to shift towards favoring greater state economic involvement and a heavier hand in managing public crises, the European Bank for Reconstruction and Development (EBRD) has said in a new report (pdf). Entitled “The State Strikes Back,” the latest Transition Report suggests that state-owned enterprises and banks can successfully step in to provide economic and social assistance provided the state is equipped with strong institutions and has good governance.

States across the world have taken a far more hands-on approach this year as the pandemic forces governments to take emergency measures to protect their economies and preserve public health. Budget deficits have surged as the state’s fiscal firepower has been deployed to fund wages, unemployment benefits, provide debt relief, and bail out firms. And in a break from their hawkish pasts, institutions like the IMF have been urging governments to ramp up spending still further to stave off another economic downturn.

There is growing appetite for state intervention in advanced and developing countries alike: Some 45% of people living in post-communist economies surveyed by the EBRD expressed support for a bigger state while 33% of respondents in advanced economies said the same (up from 27% two decades earlier). A lot of this down to how risk has been socialized in recent years, which has seen people on lower-incomes bear the brunt of the economic risks, the report suggests.

State-owned enterprises can act as a stabilizing force for economies, providing public-sector employment during downturns and in poorer regions. They can also ensure that services such as utilities or broadband are widely available and affordable. However, inefficiencies and weak governance at state-owned firms can hamper productivity and growth.

State-owned banks have also grown in importance because many have less demanding lending standards, lower net interest rate margins, and higher tolerance of non-performing loans. However, they can also be more susceptible to, and dogged by, inefficiencies from political interference resulting in weak economic growth, the report says.

And the state is going to need to take an active role in nudging us towards greener economies: EBRD regions have to build in transitions to a green economy into their post-covid-19 recovery plans, as they continue to fall behind on their carbon emission targets. The bank calls for governments to take a “ruthless” approach to supporting industries that have zero-carbon futures, and argues that it will need to address market failures by introducing new incentives, subsidies and regulations to reallocate resources towards building a greener economy.

How well emerging economies deliver successful policies amid increasing state influence depends on the quality of institutions and governance, EBRD chief economist Beata Javorcik writes. Weak institutions could siphon off resources from those in need and fall into corruption and nepotism. Good governance, on the other hand, could steer an effective transition to a greener economy. Transparent state institutions that are distanced from politics and with clearly delineated responsibilities will be vital if the state is to become more involved in steering countries through the current upheaval, he says.

ON A RELATED NOTE- The National Bank of Egypt gets a walk-in mention in an opinion piece penned by the EBRD’s chief economist for the Financial Times headlined Covid has made the state’s hand more visible but there are risks.