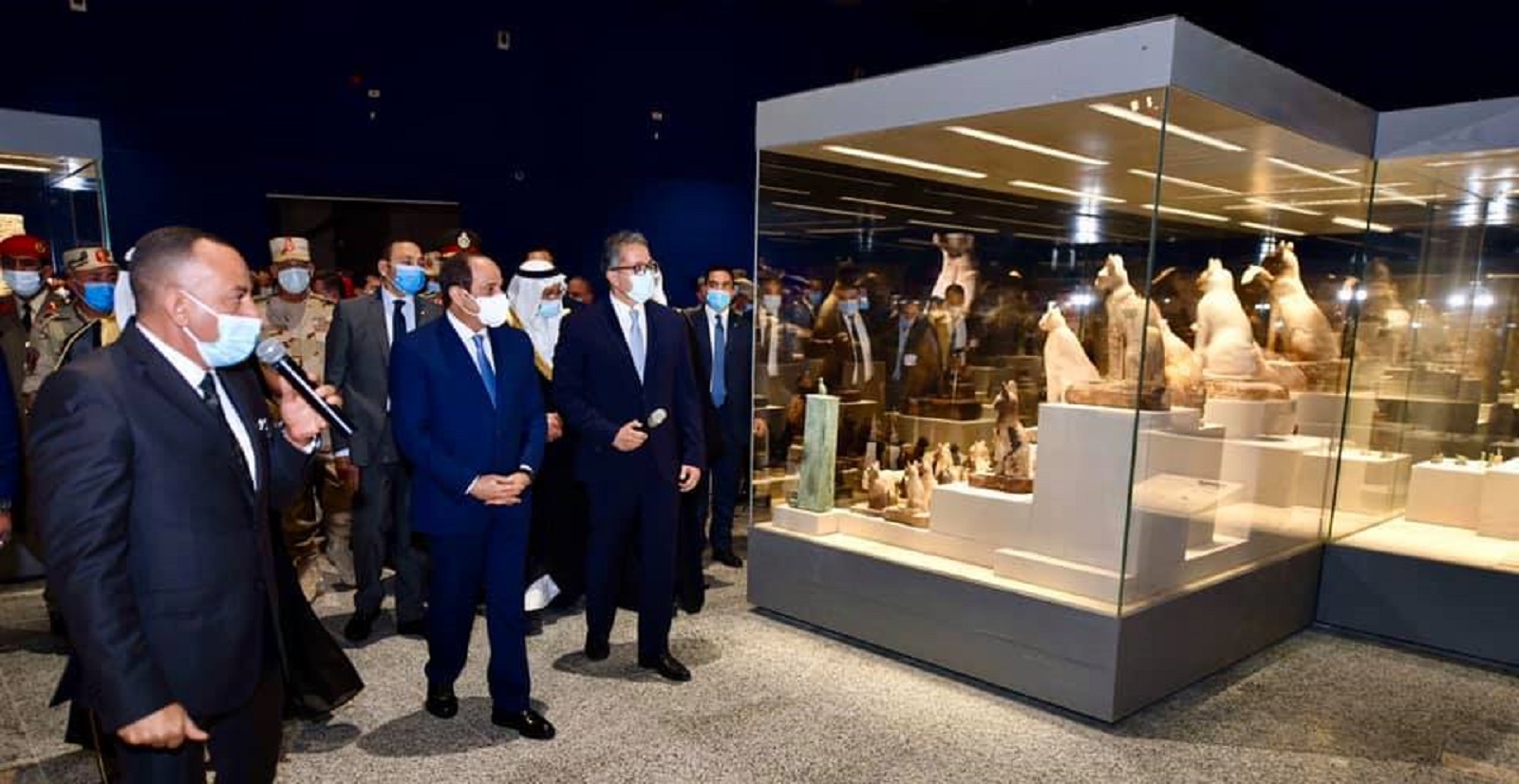 King Salman International University was officially inaugurated by President Abdel Fattah El Sisi yesterday, an Ittihadiya statement said. He was accompanied by Prince Fahd bin Sultan Al Saud, the governor of Saudi Arabia’s Tabuk province, an Extranews video report showed (watch, runtime: 4:50). “The university is an example of the friendship and cooperation between Egypt and Saudi Arabia to develop the Sinai Peninsula,” Higher Education Minister Khaled Abdel Ghaffar said in a promotional video played during the ceremony (watch, runtime: 29:34). The university has 15 faculties across its three branches in Sharm El Sheikh, Al Tur and Ras Sidr.

Also opened yesterday: three new museums and a raft of infrastructure projects. The Sharm El Sheikh Museum, the Royal Vehicles Museum and the Kafr El Sheikh Museum were also inaugurated during the ceremony alongside other projects in the Sinai Peninsula, including new roads, residential complexes, potable water stations and sea water desalination plants. The projects include El Bardawil Airport in North Sinai, a 231-km road connecting the Ahmed Hamdy tunnel with the ports of Taba and Nuweiba, and a new sea water desalination plant in Sinai’s El Arish.

The world’s largest wastewater treatment plant in the world will be inaugurated within eight months, El Sisi announced during the ceremony, Extranews reports (watch, runtime: 4:17). The Bahr El Baqar water station in Sharqiyah governorate is valued at around EGP 18 bn, with supporting infrastructure bringing its total cost to EGP 25 bn.