Good morning, friends. We’re sliding into the pre-Eid news slowdown, and we can’t say it was surprising to us after a record number of autoreplies from you folks yesterday suggested that not only Egypt, but half the investing world is off on a well-earned summer break.

We hope, wherever you are, that barbecue features prominently on your list of priorities for the week. Need some inspiration? Start with the WSJ’s BBQ: The ultimate guide or the NYT’s 6 steps to the best barbecued ribs. Want to delve deeper? Head over to the Barbecue Bible, PitmasterX or Amazing Ribs. And yeah, Reddit is a cesspool. But r/BBQ rewards the patient and those in search of community beyond the obligatory gastroporn. For verily, we are obligate carnivores.

Meanwhile: Asian shares and US equities futures are up this morning as we head into what CNBC promised us would be one of the “newsiest” weeks of the summer.

Cabinet has yet to specify what day we’re off for Eid, and both the central bank and the stock exchange have also been quiet. The expectation is that we’re all going to be off Thursday-Monday and return to work next Tuesday.

Daily cases reach lowest level since 15 May: The Health Ministry yesterday confirmed 479 new cases of covid-19 — the lowest single-day total since 15 May. This brings the nation’s total confirmed cases to 92,062. The ministry also reported 48 new deaths yesterday, increasing the overall death toll to 4,606. We now have a total of 33,831 cases who have fully recovered.

Egypt is prepared for a second wave of covid-19, provided citizens continue to wear masks, practice social distancing and adhere to safety guidelines, deputy head of the state’s anti-covid task force Jihan El Assal said in an interview on Good Morning Egypt on Sunday (watch, runtime: 16:59). “There are comprehensive preparations by the health ministry for any second wave of coronavirus. If it happens, we have a plan for that,” she said.

We’d do well to listen to her advice: South Africa is now the continent’s poster child for how you can blow an early lead in the fight against covid. “Lauded in the early stages of the pandemic for taking decisive steps to limit Covid-19 infections, South Africa is now battling one of the world’s fastest-growing coronavirus outbreaks that is overpowering hospitals and has caused a dramatic increase in deaths,” writes the WSJ.

Churches in Cairo and Alexandria will reopen on 3 August, the Coptic Orthodox Church said in a recent statement. The government allowed houses of worship to partially reopen (with precautions in place) in late June, but churches decided to hold off on reopening to the public while mosques went ahead and opened their doors.

The new universal healthcare scheme is set to roll out on a trial basis in Luxor at the beginning of August, Al Shorouk reports. The program was set to be launched in Luxor and South Sinai in March, but the rollout was put on hold because of the pandemic. It is unclear whether South Sinai is also ready for the scheme’s launch. The government introduced the universal health insurance scheme on a pilot basis in Port Said in July 2019 before taking it live in September. The government plans to cover all of Egypt by 2032 over six phases. 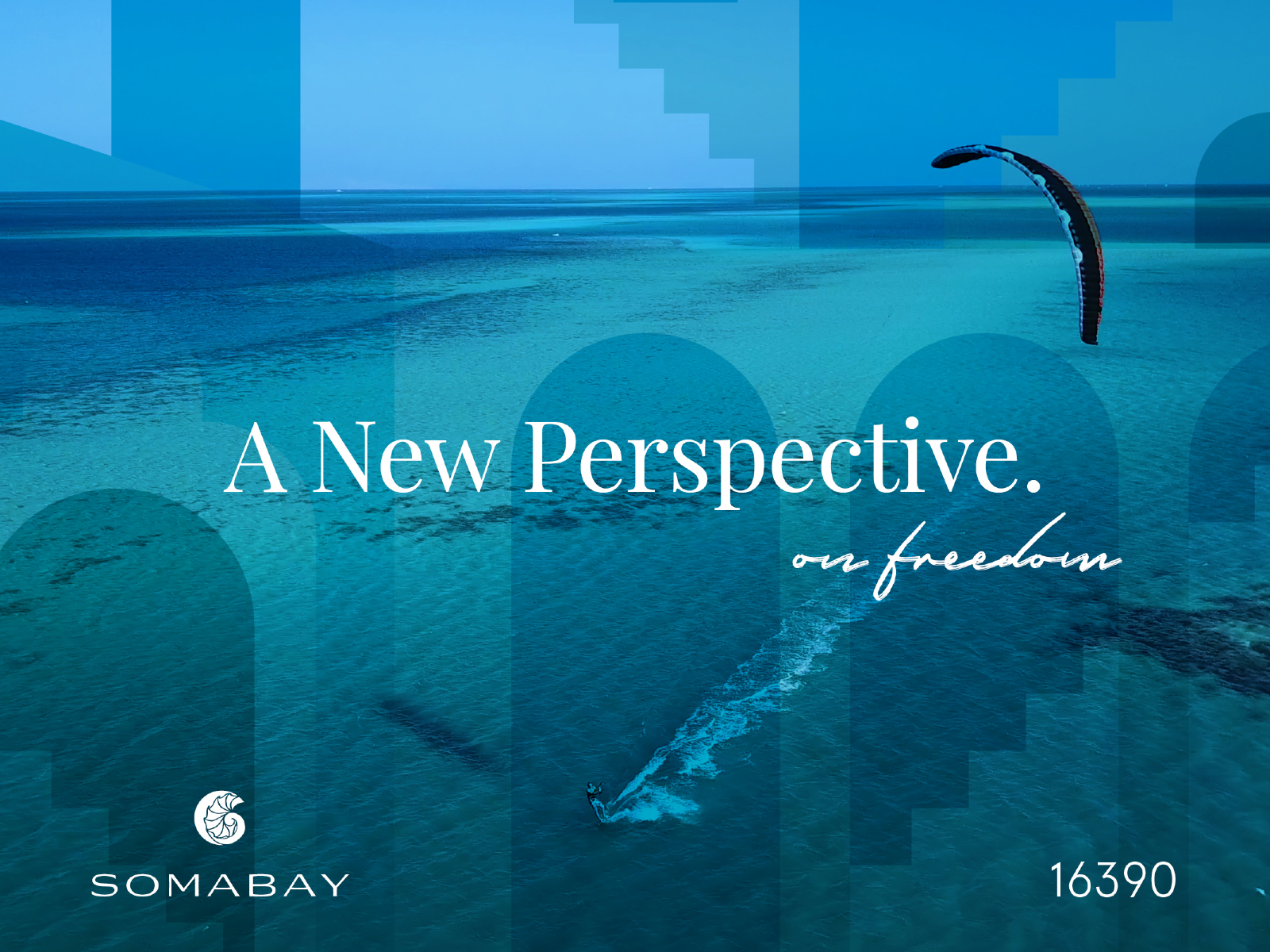 Global confirmed coronavirus infections passed 16 mn on Sunday, according to data collected by John Hopkins University. Roughly a quarter of the cases came from the US as the country continues to see record increases in cases and deaths in several states.

European countries are reimposing quarantine measures on travelers returning from Spain as the tourism-dependent country struggles to contain a possible second wave of the virus, Bloomberg reports. The UK, France and Norway now require returning travelers to spend between 10-14 days in a quarantine facility following a recent spike in cases, especially in the Catalonia region.

Global supply chains aren’t ready to distribute mns of vials of a future vaccine, according to Bloomberg. The fragile vials will need to be transported in unprecedented quantities all around the world all while being strictly temperature controlled throughout the distribution process. Shippers are waiting for clear guidelines from pharma companies on how they need to develop their supply chains for “the biggest and most consequential product launch in modern history.” Local manufacturing operations will also need to ramp up and meet quality and safety standards, and then there’s the question of whether a given country can manufacture enough glass ampules of its own.

South Korea is providing an instruction manual for how to roll out aggressive contact tracing: Bloomberg recaps how the Asian nation, once the second hardest-hit in the world, has succeeded in curbing the spread of covid-19 using elite teams of disease experts, data specialists and lab technicians. Those so-called immediate response teams targeted hotspots where outbreaks are likely to occur, through contact tracing, pioneering a “testing blitz strategy” that significantly reduced the number of daily cases and allowed life in safe areas to go unimpeded.

The top econ story this morning in the global business press: The expiry of emergency job benefits are focusing minds on Capitol Hill and Senate Republicans are about to unveil their proposals for a third round of fiscal stimulus. What we know so far is on the table: Another round of USD 1.2k emergency checks for individuals, an extension to the ban on evictions and USD 100 mn in aid for the education system. It doesn’t look like Republicans are ready to renew the crucial USD 600 per week unemployment benefits due to end this Friday after Treasury Secretary Steve Mnuchin yesterday ruled out an extension. (Financial Times | Wall Street Journal | New York Times | Washington Post)

How can governments better position themselves for a rapid economic recovery post-covid? Build up the capacity for better financial management by relying on correct accounting for state budgets and adopt “a strong audit function,” according to a Financial Times piece penned by Hanan Salem, a director at Citi’s public sector group who was previously a top official at Egypt’s Finance Ministry. Salem and her co-author, investment adviser Dag Detter, suggest that governments that embrace accrual accounting (rather than the cash accounting method) would be vastly helpful for governments to kickstart fast growth without resorting to crippling austerity measures. This method of auditing would encourage government spending on vital infrastructure such as health and education as investments, rather than expenditures, and would also provide policymakers with a more comprehensive view of the country’s balance sheet and allow them to “derive maximum utility from their assets.”

Renewable energy is coming of age as the pandemic rumbles on: The share of renewable energy in global electricity production has reached record levels since the beginning of the pandemic, according to Reuters. Experts tell the newswire that national grids have been more resilient to the heightened energy fluctuations that come from using renewable sources, leading Europe to generate almost half of its electricity from clean energy over the past three months.

The UAE’s Dana Gas has tapped a financial advisor to advise on a USD 400 mn sukuk due in October that it has already restructured twice, according to a company statement. The company retained Houlihan Lokey “in relation to” Nile Delta Sukuk, which Dana said in April it is planning to pay down using proceeds from a planned sale of its Egypt assets. Dana asked its bondholders earlier this month to disclose their holdings, a move Reuters suggests could mean it’s looking to restructure the sukuk for the third time. Bloomberg agrees, suggesting that this indicates “the UAE energy producer may be facing difficulties repaying debt.”

US pleads for Gulf states to make amends over Qatar: The rift isolating Qatar from some of its Gulf neighbors has gone on long enough, and detracts from efforts to counter Iranian influence in the region, US Special Envoy for Iran Brian Hook said during a visit to the island state, Reuters reports.

Power in the global microchip business is shifting from west to east: Taiwanese semiconductor firm TSMC could be about to steal Intel’s mantle as the world’s leading chipmaker after the US giant fell fell behind yet again in the manufacturing of its next-gen chips, putting its Asian rival a generation ahead, the Financial Times reports. News of the delay sent the company’s shares down 16% on Friday, erasing USD 41bn from its market value while TSMC’s shares leapt 10%.

Intel’s failure to bring 7 nm chips into commercial production adds insult to injury as it looks ahead to losing Apple as a client. Apple last month announced that it would start phasing-in the use of its own chips in its Mac range, kicking out Intel in favor of its own Apple Silicon, which will look set to be manufactured by TSMC

Teens, get your pitchforks ready: The government could be coming for your TikTok: China hawks in the US administration are pushing to ban TikTok — currently the world’s fastest-growing social media app with more than 620 m new users this year — raising concerns about parent company ByteDance’s ties to Beijing and fearing it could be used to spread propaganda, the Financial Times reports.

Remember that thing called global warming? Well, there’s good and bad news. Scientists studying the relationship between carbon dioxide and global warming are veering away from worst case scenarios but also reducing the likelihood of the most optimistic ones, narrowing a key range for future heating to between 2.6°-3.9°C, Bloomberg reports, citing a recent study in the Reviews of Geophysics. The UN Intergovernmental Panel on Climate Change has for almost a decade used a spread between 1.5°C-4.5°C, which has influenced long term warming projections.

In today’s issue: We look at how international scholarship programs, which have faced a level of uncertainty because of the pandemic, could adopt adaptive measures to accelerate access for Egyptian students and offer new partnership models for scholarship support.