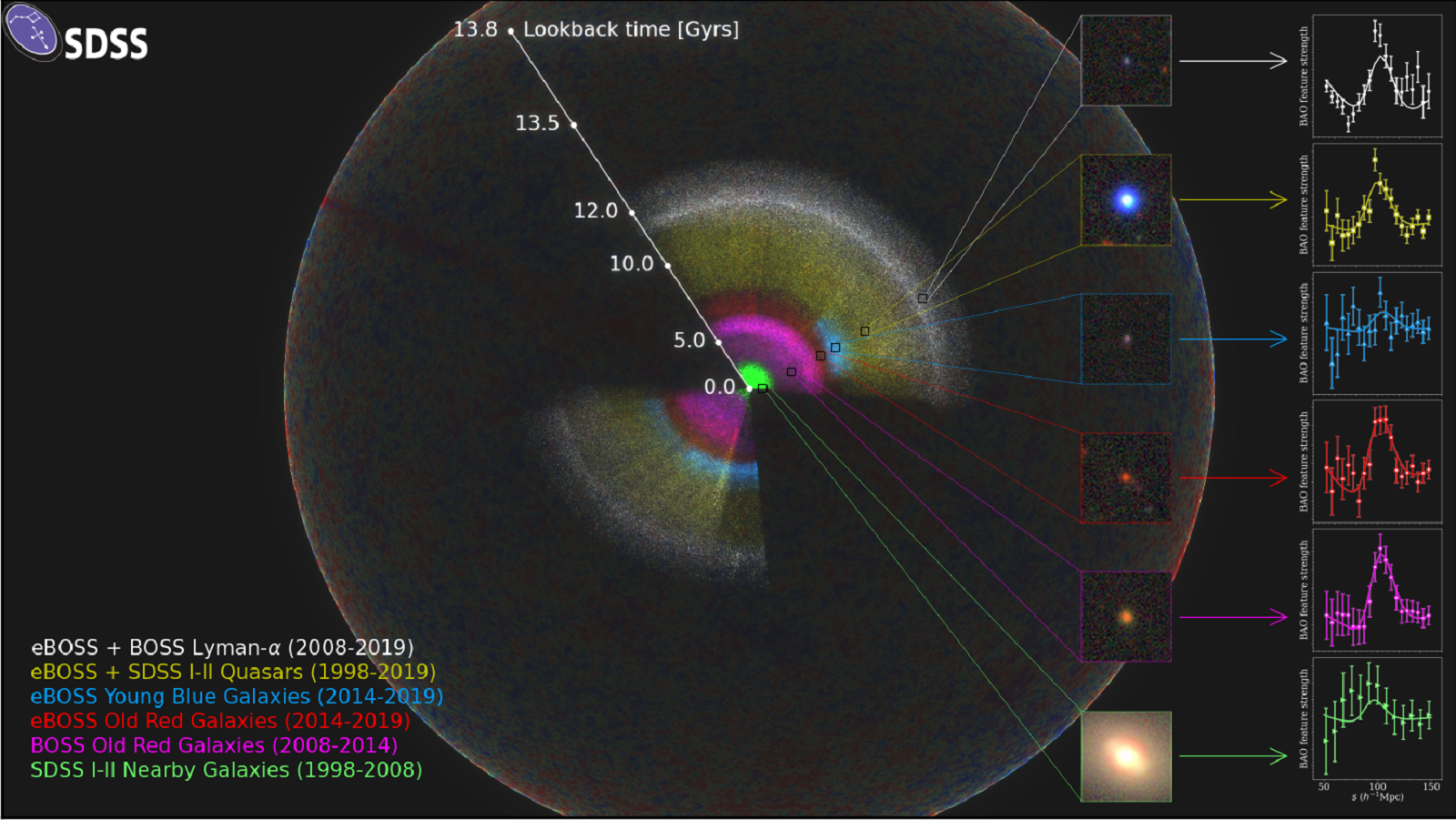 New 3D map of universe sheds light on “gap” of 11 bn years: A new comprehensive 3D map of the universe compiled from data gathered by the Sloan Digital Sky Survey (SDSS), tracks its expansion from the Big Bang to the present, capturing some 4 mn galaxies, and helping scientists fill in gaps in their knowledge of cosmological history while also raising novel questions about the fundamental laws of nature. Some 11 bn years in the mid-period of the universe’s expansion, previously unaccounted for, can now be seen and explained. However, the new data also reveals a different expansion rate in the current era compared to the early millenia, giving scientists a new puzzle to solve.