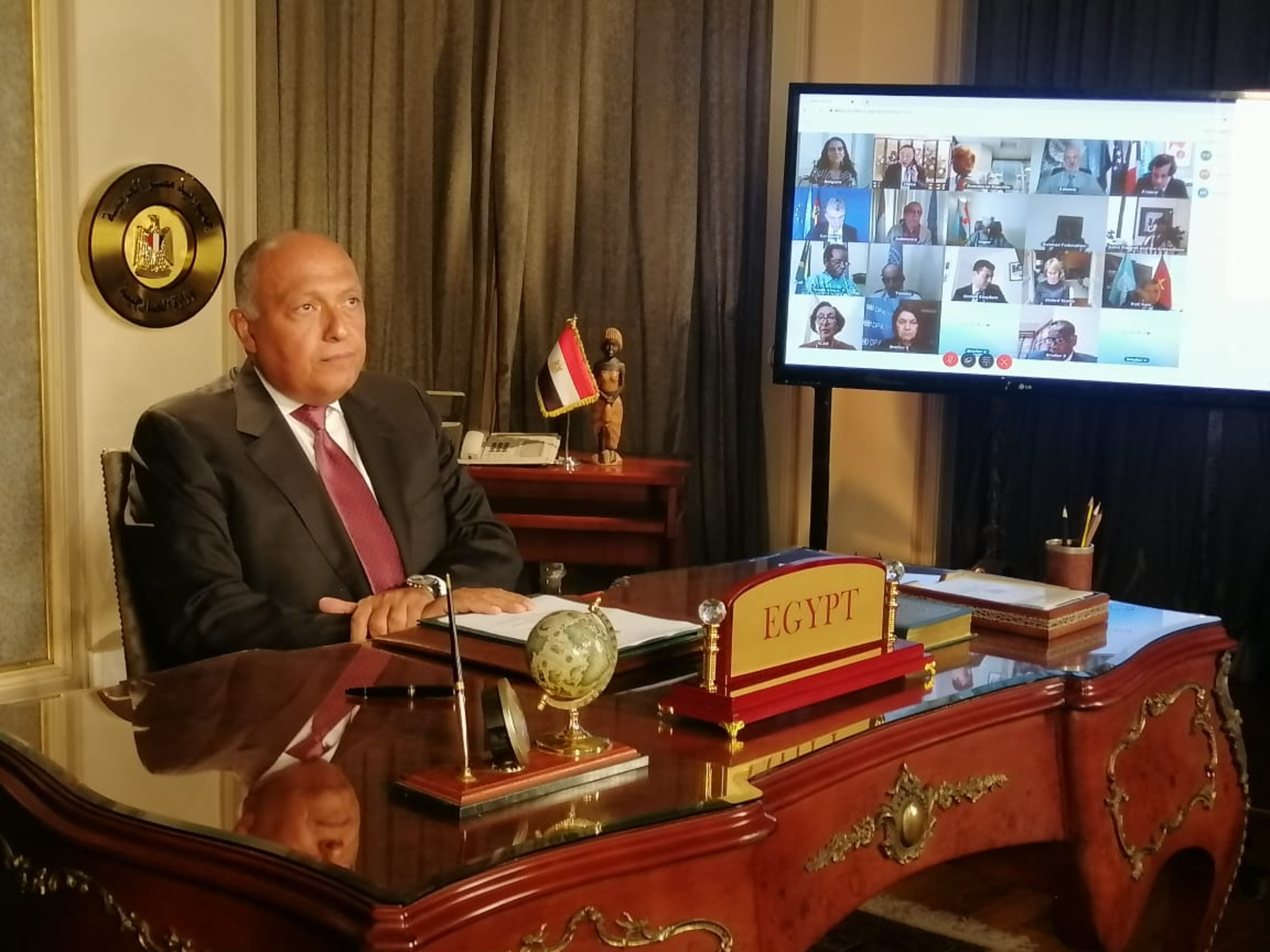 Egypt pushes for UN Security Council resolution on GERD: Foreign Minister Sameh Shoukry urged the United Nations Security Council yesterday to adopt a resolution on Egypt, Ethiopia, and Sudan’s negotiations over the Grand Ethiopian Renaissance Dam (GERD) that would give international impetus to reach an agreement. The resolution is designed to encourage the three countries to reach a mutually satisfactory agreement on the dam within two weeks and refrain from taking any unilateral action, Shoukry said at a virtual meeting of the council.

The 15 members of the security council “all expressed support” for the African Union facilitating renewed talks “but took no immediate action,” the Associated Press reports.

Addis Ababa wants the UN to stay out of it and let the AU take the lead: Discussions over the dam do not have “a legitimate place in the Security Council,” Ethiopia’s Ambassador to the UN Taye Atske-Selassie said, echoing the AU’s statement last week that the resolution of the dispute should be led by the AU. Taking the dispute to the security council “is bound to set a bad precedent and open a Pandora’s box. The Council should not be a forum for settling scores and for exerting diplomatic pressure,” Atske-Selassie said at yesterday’s meeting. The Ethiopian representative condemned the council for “[allowing] itself to be politicized in this manner.”

Sudan, US call for “fair agreement”: Sudanese Ambassador to the UN Omer Siddig called for a demonstration of political good will and commitment to ironing out “the few remaining issues” and reaching a final agreement. The three countries can “reach a balanced and equitable agreement … if there is a commitment among all to do so,” US Ambassador to the UN Kelly Craft said, urging Cairo, Addis Ababa, and Khartoum to continue building on the progress they have made in negotiations so far.

Background: The three countries agreed on Friday to push through the last phase of negotiations over the dam in a bid to reach an agreement within 2-3 weeks. The negotiations — which will focus on pending legal and technical issues, including how to monitor water flow and handle dry years — will be brokered by the AU. Ethiopia has maintained it will begin filling GERD’s reservoirs within the next two weeks, saying that construction of the dam will resume as planned.