It’s official: Egypt is reopening its airports to international commercial flights on 1 July 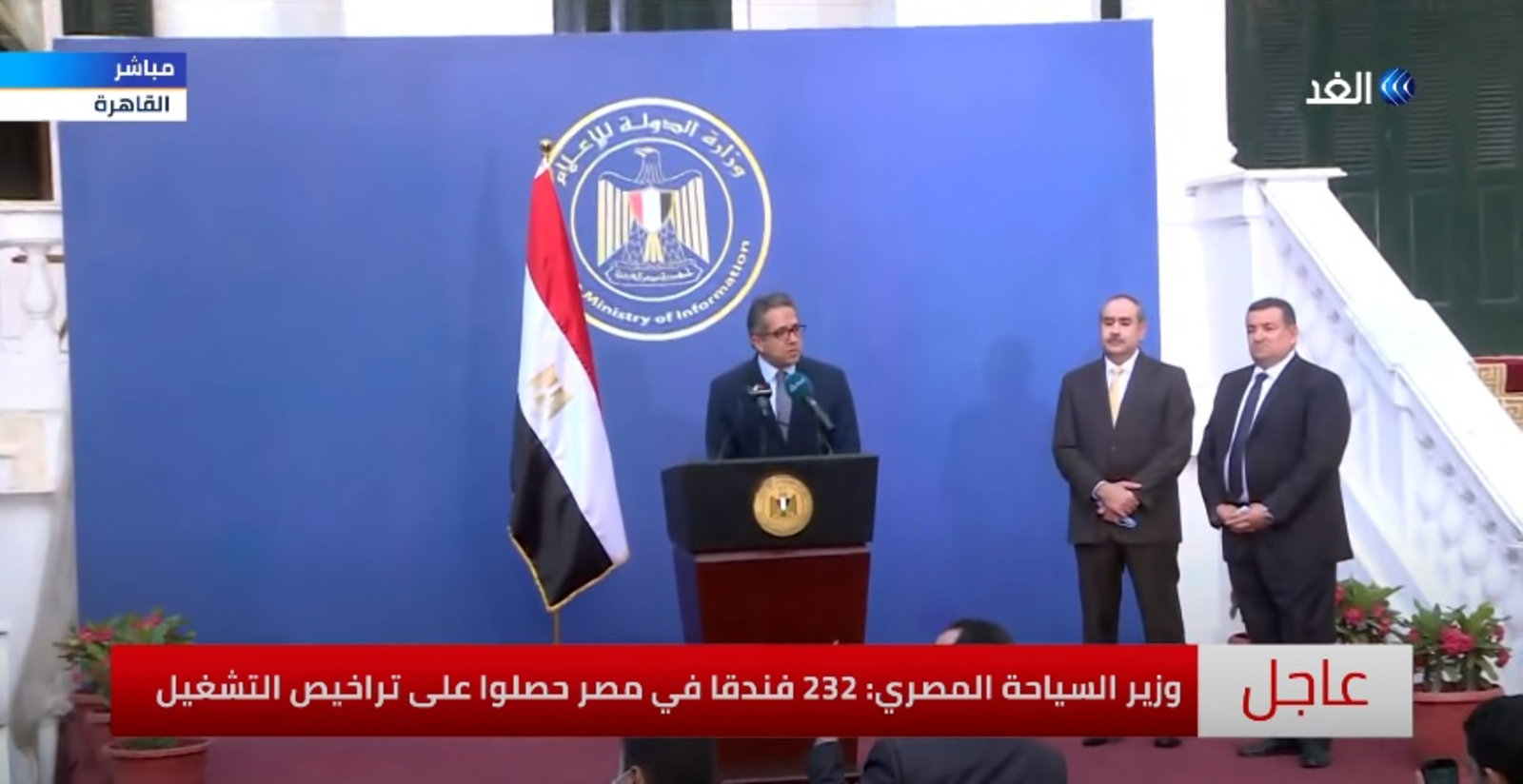 There are limits, though: Charter flights will be allowed to land in only three governorates — the Red Sea, South Sinai, and Matrouh.

You’re going to hear the words “tourist flights” a lot today, and the term caused some confusion when Manar and El Enany used it yesterday. Commercial flights means all normal flights — such as when you book your own seat with EgyptAir to Cairo or Emirates to Dubai, for example. By “tourist flights,” officials mean any flight (including charter flights) that bring organized tour or travel groups into the country, Manar explained to ‘Ala Mas’ouleety’s Ahmed Moussa (watch, runtime: 8:47).

So, you want to come to Cairo to meet with companies you’ve invested in? Ahlan. Book your ticket and you’re good to go.

Want to come with 100 of your best friends for a seaside vacation? That’s a charter, and you’re only welcome (for now) on the Red Sea, South Sinai, and Matrouh. No package tours to Cairo, Alex or anywhere else are permitted in the initial reopening of airspace.

A bunch of incentives are in place for packed tour operators to the three approved destinations, including tourist visas at no charge until the end of October and discounts on airport fees and services, Cabinet decided last week.

National flag carrier EgyptAir confirmed it will begin operating regular flights to “several destinations” as of next month, with the exact schedule of flights on offer due to be announced within a few days.

There’s no timeline yet for when operators can begin selling holiday packages for other destinations in the country, El Enany said.

Tourists arriving on charter flights to any of the three governorates will not be allowed to travel outside of these governorates once they land, El Enany told Moussa (watch, runtime: 8:31). They won’t be allowed to board domestic flights, the minister said, and we’re presuming there will be measures in place to ensure they don’t hop on buses or rent cars to move between governorates. The minister also had a similar conversation with Al Kahera Alaan’s Lamees El Hadidi (watch, runtime: 21:20).

Tourist sites will gradually begin to reopen at the beginning of the month, starting with the Hurghada Museum, followed by the Egyptian Museum in downtown Cairo and the Karnak Temple in Luxor, El Enany said at the presser.

Get ready to embrace no-frills flying: All airports across the country will be regularly sanitized, and airlines will not be permitted to serve hot meals on flights. Only dry foods and boxed beverages will be served. Airlines will also be barred from circulating magazines, newspapers, and other printed materials on flights. All passengers and crew members will also be required to wear face masks for the duration of all flights, Enany said at the presser.

Arriving travelers will be required to submit PCR test results if they are arriving from countries with high infection rates as assessed by the World Health Organization, officials said. The test results must be submitted 48 hours before departure. Before getting their boarding passes, travelers will be required to sign a declaration certifying that they are not infected and that they are personally responsible for informing Egyptian officials if they begin to show any signs of illness during their travel. Travelers arriving from countries where the outbreak is contained will only have their temperatures checked on arrival at the airport, which has been outfitted with thermal screening gates, according to Manar.

What happens if a tourist contracts the virus while visiting Egypt? If a tourist begins to show mild symptoms of covid-19 during their holiday in Egypt, they will be quarantined in the same hotel and will receive medical treatment on site, El Enany told El Hekaya’s Amr Adib. All hotels have agreed to designate a specific wing or floor to these cases to ensure their isolation, the minister said (watch, runtime: 4:09).

Domestically, hotels across the country will be capped at having 50% of their workforce on site at any given time. Hotel and resort employees will be allowed to take leave only every 60 days to limit their movement between governorates, El Enany said. All employees will also be required to have their temperature checked on-site on a daily basis.

The decision to reopen our airspace doesn’t necessarily mean tourists will begin returning in droves right away, Enany told Adib (watch, runtime: 2:05). The speed at which activity picks up depends on consumer appetite (and financial ability) for travel, as well as the policies tour operators and airlines put in place, such as whether airlines will require a minimum number of seats to be filled per flight. The government has been working to gradually prepare for this reopening since last month, when it began licensing hotels to reopen to domestic tourists at reduced occupancy levels, he noted.