Good morning, friends, and welcome to the end of the workweek at a time of year when we would normally be thinking thoughts of summer vacation at home and abroad.

Beaches at home are still closed and we’re not leaving on a jet plane anytime soon. The Madbouly cabinet gave no guidance on when airspace might reopen to regularly scheduled commercial flights despite widespread expectations it would do so after its weekly meeting yesterday. But domestic media reports suggest officials are looking at July (see examples here and here). The current ban is due to expire on Sunday.

SMART POLICY- Entry visas for tourists arriving on charter flights will be issued at no charge until 31 October, Cabinet decided yesterday. Officials earlier this week said they would offer breaks on landing, parking and ground-services fees for Red Sea destinations. The government is also planning to cover the cost of treatment for any tourist who contracts the virus while visiting Egypt, unconfirmed reports suggest.

Red Sea destinations will be the first to fully reopen, Al Mal quoted Tourism Minister Khaled El Enany as saying. But don’t expect a mad rush even if there is strong demand: Enany added that he would prefer to keep doling out financial support to the tourism industry rather than prematurely giving hotels the okay to open at full capacity.

Hotels will be capped at 50% occupancy until October, at which time they will likely be allowed to go to 75%.

*** How much do you love (or hate) e-learning? The Madbouly government signaled this week that e-learning could be on the menu again this fall — by itself or as part of a hybrid approach. Tell us how e-learning is working out in your household in a poll for our weekly Blackboard focus on education. As is our custom, we’ll draw the names of three respondents who will receive an Enterprise mug and a bag of our favorite coffee from our friends at 30 North. Tap or click here to take the survey. It’s quick and painless, we promise.

The Health Ministry confirmed 36 new deaths from covid-19 yesterday, bringing the country’s total death toll to 1,342. Egypt has now disclosed a total of 38,284 confirmed cases of covid-19, after the ministry reported 1,455 new infections yesterday. We now have a total of 11,583 confirmed cases that have since tested negative for the virus after being hospitalized or isolated, of whom 10,289 have fully recovered.

Former GAFI boss Mohsen Adel has died of complications from covid-19, Youm7 reports. Adel completed a one-year term as chairman of GAFI in 2019 and had also served as deputy head of the Egyptian Exchange.

Kouchouk chats with top execs from multinationals, telling them that international institutions “are confident” of Egypt’s ability to handle the economic repercussions of the pandemic due to the pre-covid-19 economic reform program. That was the key takeaway from Vice Minister of Finance Ahmed Kouchouk in a virtual meeting hosted by our friends at USAID with global executives.

Egypt could face employment challenges at home in a post-pandemic world given that 70% of Egyptians working abroad are employed in hard-hit Gulf countries, EFG Hermes Head of Research Ahmed Shams ElDin said in a webinar hosted by Khodeir & Partners, Hapi Journal reports. Policymakers should focus on creating conditions that allow the private sector to create opportunities through digital transformation and a new focus on logistics services. Healthcare, e-commerce and financial services will be growth sectors going forward, Sham ElDin suggested.

Foreign labor is already being hit hard in the GCC, with Kuwait saying it will not hire expats in 2020-2021 to work at Kuwait Petroleum Corp, the primary state-run energy producer or its subsidiaries. Qatar, meanwhile, said it will cut pay and benefits for non-nationals working for the statelet’s government.

You might want to check if your health insurer covers covid-19: The largest health insurance providers in Egypt, which together hold a 71% market share, cover their clients’ covid-19 treatment costs under full coverage policies, the Financial Regulatory Authority said yesterday in a statement (pdf). The remaining 29% should also have full coverage programs that cover the cost of check-ups and early detection of the virus that causes the disease.

The Egyptian Medical Syndicate is calling for the Health Ministry to step up efforts to provide frontline workers with personal protective equipment and enhance measures in hospitals as 50 physicians have now died of covid-19.

The domestic press claims there is now a black market for the blood plasma of recovered covid patients offering on social media to sell blood for up to EGP 30k a pop.

Blood type might have something to do with how sick you get from covid-19: Research conducted by genetic testing firm 23andMe with some 750k participants suggest that having O blood may be your best bet at protection from the virus’ worst symptoms according to Bloomberg.

Goldman Sachs staff are heading back to the office this month. Some employees in London will start trickling in on 15 June, while others in New York, New Jersey, Texas and Utah test the waters from 22 June.

But what if working from home goes on forever? asks the New York Times magazine in our must-read for the weekend.

The US Federal Reserve says it will likely leave rates on hold at close to zero until at least the end of 2022 — and said it would take years for employment levels to return to pre-covid levels. Speaking at the end of its two-day Federal Open Markets Committee meeting, Jay Powell said a surprisingly good jobs report last week was welcome, but that it was “too early” to suggest whether the recovery would be stronger than initially expected. In a policy statement that observers said was “mostly unchanged compared to April,” the FOMC said it was “committed to using its full range of tools to support the US economy.” Speaking at a post-meeting presser, Powell said “We’re not thinking about raising rates. We’re not even thinking about thinking about raising rates.” The story dominates business news on both sides of the Atlantic this morning: Financial Times | Wall Street Journal | CNBC | Reuters.

Our gas hub ambitions are on track to materialize slowly amid projections demand is on course to fall to its lowest level in history this year thanks to the pandemic and to mild temperatures in the first months of the year. That’s the bottom-line conclusion we’re drawing from the International Energy Agency’s 2020 outlook, published yesterday, which sees global demand set to fall by 4% to 3.85 bcm this year, double the decline seen during the 2008 financial crisis. The IEA sees it taking two years for demand to recover.

The Tax Authority will extend until 30 September a mechanism allowing taxpayers to unlock assets frozen due to tax disputes, the authority said in a statement (pdf). Those who have had assets frozen for failure to pay taxes can get them back if they make a downpayment equal to 5% of the amount owed, and commit to paying off the remainder within two years. Those that had missed deadlines to submit appeals or claims for relief can have those deadlines extended provided they pay 1% of the amount owed.

The Youth Ministry is launching a EGP 10 mn Sports Fund to support athletes with contributions from Banque Misr and Beltone Financial, according to the local press.

HSBC backs China’s Hong Kong security law — and the US and UK are not happy: HSBC has broken with years of neutrality after a top executive signed a petition in favor of the controversial security law China is preparing to impose on Hong Kong, angering officials in London and Washington, the Financial Times reports. 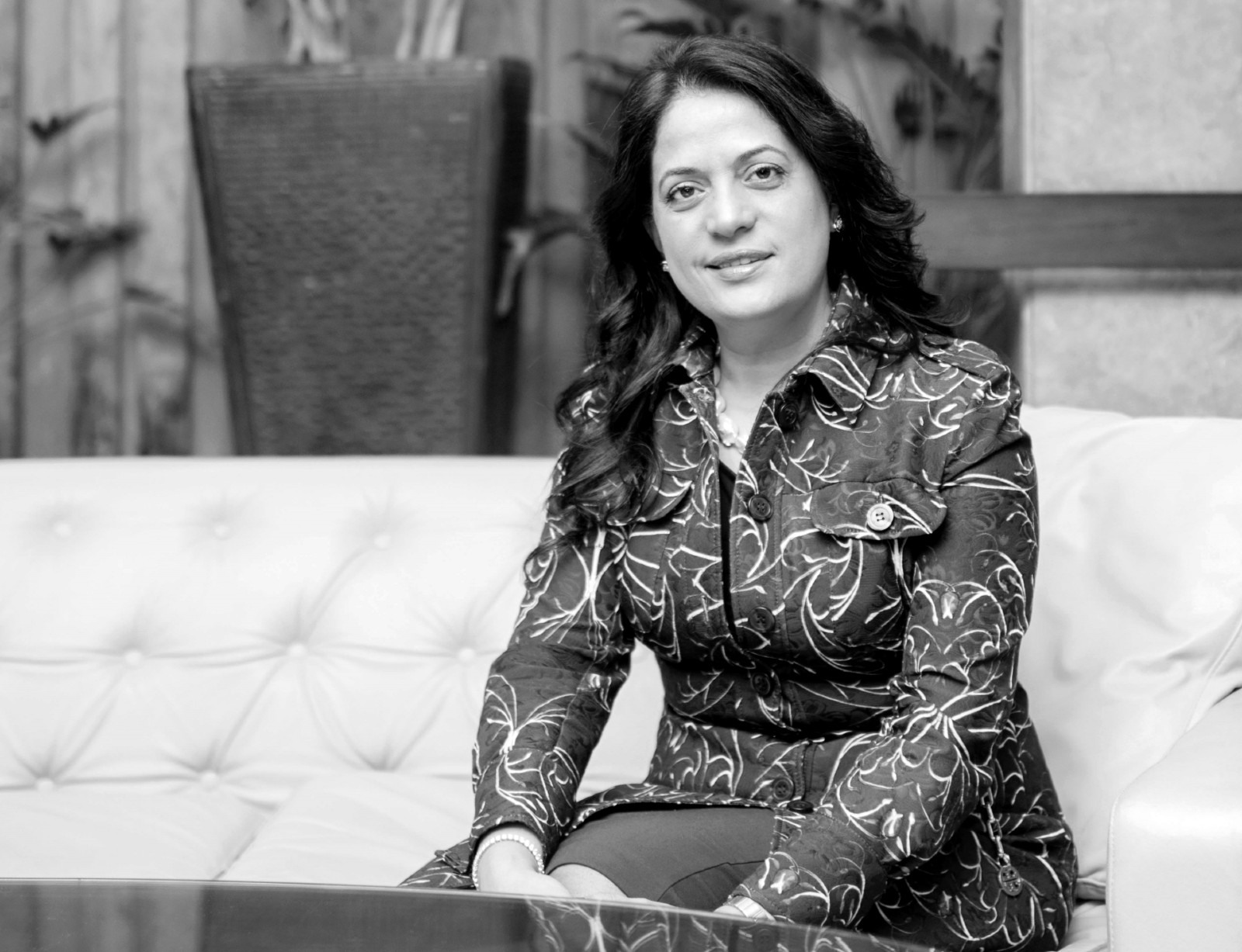 It’s Making It day: Our latest episode of the second season of our podcast on building a great business in Egypt is out today.

Hoda Mansour, Managing Director of SAP Egypt and Frontier Markets: Twice recognized by Forbes as one of the top businesswomen in the Middle East, her tenure in Egypt saw her record the multinational’s best performance since launching local operations by expanding SAP’s role in government projects and growing its SME customer base.

SAP makes the unglamorous software on which Big Business runs, integrating key functions including procurement, finance, logistics, and human resources, all with a view to ensuring business leaders have actionable insights into what’s going on in their organizations.

There’s plenty of opportunity for multinationals in Egypt who are ready to invest in training local staff, Mansour tells us. She credits SAP’s success to hiring talent based on a prospective employee’s experience in other sectors and then upskill their coding skills.

Tap or click to listen to the episode on: Our website or your podcatcher of choice here. We’re also available on Spotify, but only for non-MENA accounts.