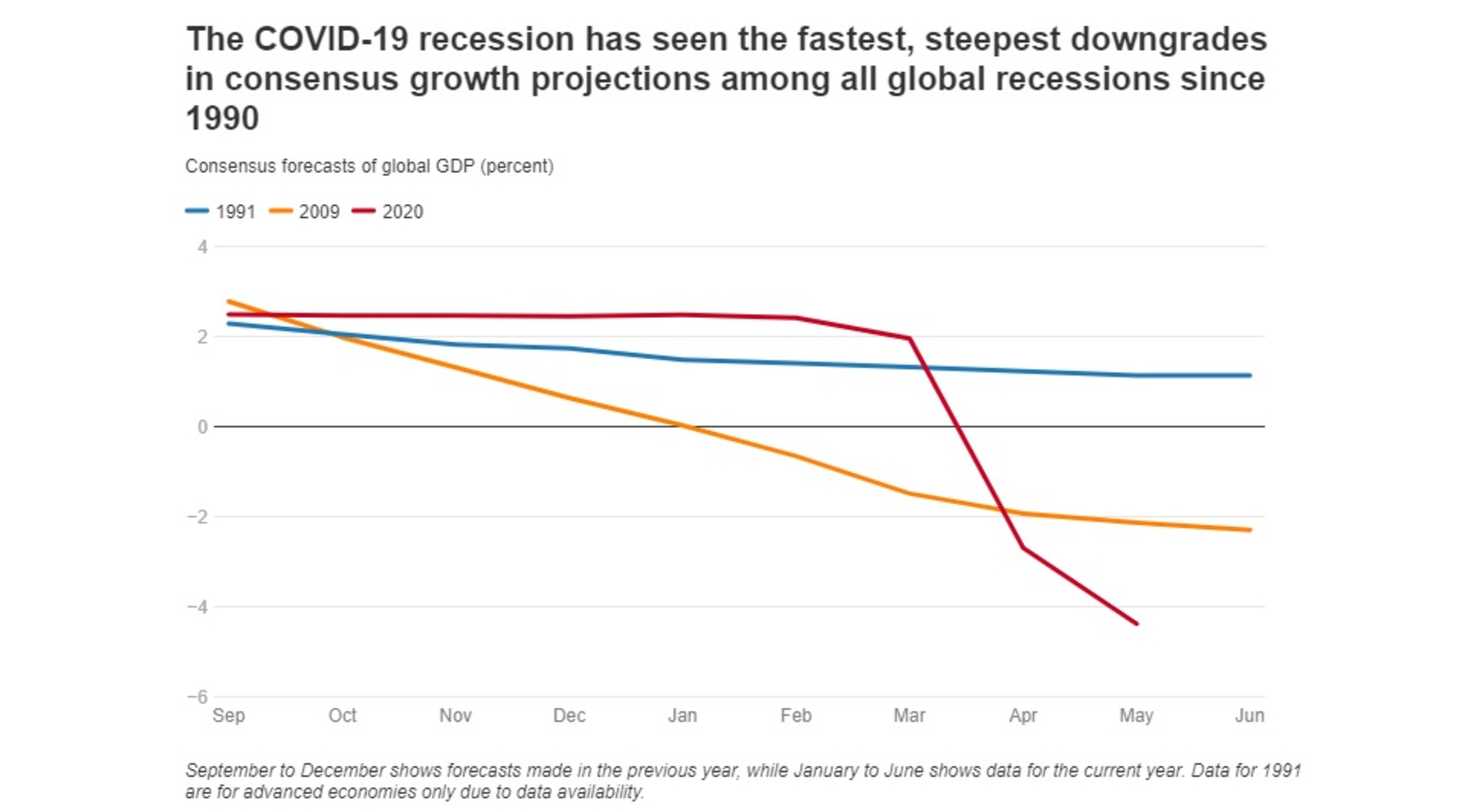 World Bank downgrades Egypt’s GDP growth forecast to 3.0% for the fiscal year ending this month: The World Bank expects Egypt’s economy to end the current fiscal year — which comes to a close on 30 June — with 3.0% growth, down from the 5.9% the bank had penciled in earlier this year. According to the World Bank’s June 2020 Global Economic Prospects report, the growth Egypt will achieve in FY2019-2020 will be buoyed by “generally supportive activity” before the onset of the pandemic, which has since been disrupted. The economy will expand at a slower pace of 2.1% in FY2020-2021. The World Bank had previously expected 6.0% growth in Egypt next fiscal year.

Egypt and Djibouti are the only two MENA countries whose economies will not contract this fiscal year, and Egypt’s forecasted growth this fiscal year is more than double Djibouti’s 1.3%.

The region’s oil importers (including Egypt) are expected to fare better than oil exporters this year and next, but their economies remain reliant on tourism activity, leaving them vulnerable due to an anticipated drop in arrivals from key source areas, including Europe. The report also expects investments and exports to contract “amid weak global and domestic confidence and high policy uncertainty.”

Uncertainty and volatility of oil prices is also a downside risk for the region as a whole, the report says. While lower oil prices initially provided importers with a bit of current account relief, high volatility is taking a toll on investment and confidence, and prices remaining low “would also further erode MENA’s already weak fiscal space and heavily constrain investment activity in the region, as oil prices and public investment often comove closely in MENA.”

In the medium term, staying the course on structural reforms to bump up investment is key for Egypt and the region at large. The report points to Egypt’s economic reforms as being pro-growth and says financial sector reforms across the region will help improve the investment climate. “But success is contingent upon a sustained commitment to reforms, including by newly formed governments.”

The report sees emerging markets and developing economies turning in their weakest showing in 60 years this year, with a projected 2.5% contraction in 2020. “The current global recession is also unique in that global growth forecasts have been revised down more steeply and rapidly than in any other recessions since at least 1990.” Emerging markets are expected to begin recovering in 2021, however, as trade and investment begin to firm up again and the effects of the pandemic begin to wane. Globally, the World Bank’s baseline scenario sees “a deep global recession” in the cards for 2020, which would see global output contracting 5.2% — a decline nearly threefold that of 2009.

The global economy would be positioned for a recovery in 2021 if lockdown measures are lifted by the end of this year around the world, even if some social distancing practices remain in place. “That said, the envisioned global recovery next year is moderate, with the level of global output in 2021 still 5.9% below that of January forecasts. This reflects various headwinds that will weigh on activity over the medium term.”

You can read the full report here (pdf) and the MENA chapter here (pdf). The press release is also available here.