We could have more clarity today on when Egyptian airspace will reopen to commercial flights. The timetable features prominently on the agenda of today’s cabinet meeting, Civil Aviation Minister Mohamed Manar said overnight. Cabinet spokesman Nader Saad had earlier suggested flights could be in the air at the end of this month or early in July. We have the rundown in Last Night’s Talk Shows, below.

We may also have some clarity today on when restaurants, clubs, cinemas and houses of worship could start reopening, Saad said.

Otherwise, it’s an unusual news day here and around the world. News of business and just about everything else has been squeezed off the agenda by covid-19 here at home (and around the world) and by nationwide protests in America against systemic distrimination and violence by police targeting minorities.

It’s PMI day: The latest gauge on how well the economy is performing in Egypt, the UAE and Saudi Arabia is due out at 6:15am — just around the time (give or take) this morning’s edition hits your inbox. Tap or click here to read.

Key news triggers coming up in the weeks ahead:

Need a distraction from worries about covid-19 in Egypt and the horrific images from the United States playing out on your screens? Perhaps the greatest (tech) business rivalry in history was Apple vs. Microsoft — with even us iSheep admitting the latter has become a very interesting company under CEO Satya Nadella. The Wall Street Journal has a really good piece that zooms in on Teams (see what we did there?), looking at the tech giant’s increasingly sharp-elbowed rivalry with Zoom and Slack in a “battle for your work computer” that Microsoft sees as “critical to its future.

The Health Ministry confirmed 47 new deaths yesterday (vs 46 on Tuesday) from covid-19, bringing the country’s total death toll to 1,052. Egypt has now disclosed a total of 27,536 confirmed cases of covid-19, after the ministry reported 1,152 new infections yesterday (vs 1,399 on Tuesday), making the second day in a row the total case count has declined. We now have a total of 7,642 confirmed cases that have since tested negative for the virus after being hospitalized or isolated, of whom 6,827 have fully recovered.

There are currently 35k regular beds and 5,800 ICU beds earmarked for covid-19 patients at 376 state-run hospitals nationwide, according to a Health Ministry statement. The statement does not say how many of these beds are currently occupied or how many are available for new patients. There are also 5,013 medical centers and 1k mobile medical caravans to distribute meds and personal protective equipment and follow up on patients quarantining at home.

Two mn cloth masks will be made available to the public in the next 10 days and will be sold at EGP 5 apiece, sources from the textile industry told Masrawy. This comes after low-income Egyptians complained that the required masks were becoming a financial burden.

Rising occupancy rates at hotels aren’t just thanks to a rebound in domestic tourism: Most hotels in downtown Cairo and Al Haram that are open for business are serving as quarantine facilities for citizens who returned to Egypt over the Eid El Fitr holiday, Al Mal reports, citing officials from tourism companies. Tour operators are continuing to pre-book rooms in hotels that have received their safety certificates, or are expected to receive them soon, in anticipation of over 20k returnees in the coming weeks.

Hotel occupancy rates during Eid stood at 25% in Alexandria, 13% in the Red Sea governorate, 9% in Greater Cairo, 8% in South Sinai, 8% in Ain Sokhna and 4% in Marsa Matrouh, Assistant Tourism Minister for tourism facilities monitoring Abdel Fattah El Assi said. Hotels that meet the necessary safety requirements will now be able to operate at a 50% occupancy rate, the Tourism Ministry said on Sunday.

At least 1.4k citizens are coming back from Lebanon between today and Friday on repatriation flights being run by EgyptAir and Air Cairo, Al Mal.

Anthony Fauci is sounding notes of caution on a possible coronavirus vaccine. Fauci, the US health advisor and perhaps the most trusted name globally on the coronavirus, told the editor of a top medical journal that immunity from the vaccine may be “short lived.” Fauci is, however, cautiously optimistic that there could be a viable vaccine ready to go (in the US, at least) by early 2021, says CNBC.

China was more reticent on covid-19 transparency than the WHO has been letting on: Despite publicly praising Beijing for its transparency during China’s coronavirus epidemic in January, the World Health Organization experienced “considerable frustration” and “significant delays” as Chinese officials refused to hand over crucial information related to the outbreak, the Associated Press reports, citing dozens of interviews and internal documents.

From the global reopening:

Over 200 world leaders, economists and business leaders have signed a letter urging the G20 to provide USD 2.5 tn to developing countries hardest hit by the covid-19 pandemic, the Associated Press reports. Former UK PM Gordon Brown wrote in the Guardian that failure to do so would spell a “potential death sentence” for some 420 mn of the world’s poorest people. Other signatories include past and present leaders, Nobel prize laureates, and heads of civil society groups. 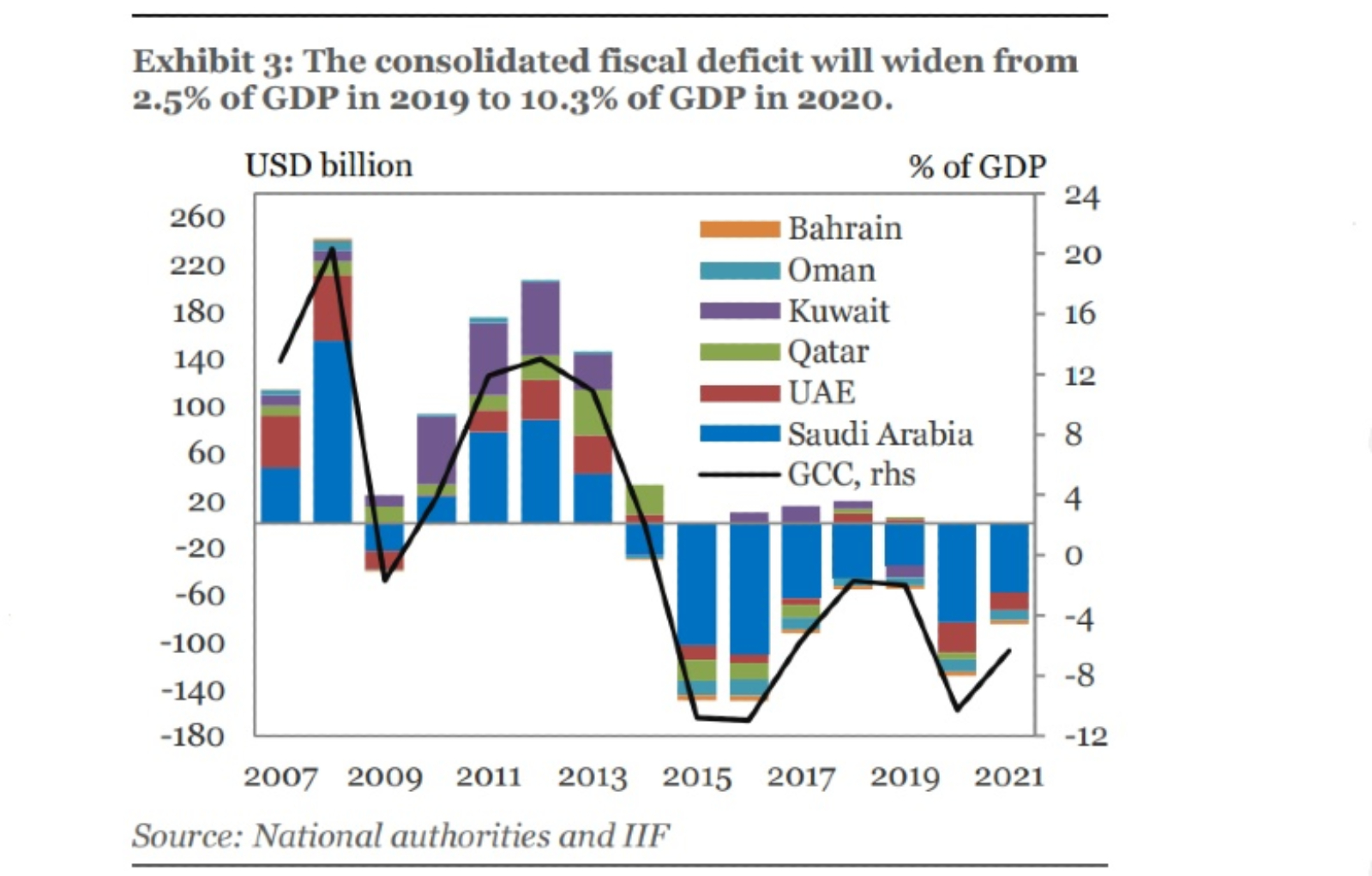 GCC countries will face their “worst economic crisis in history” as they grapple with both the lockdown and the shock from plummeting oil prices, the Institute of International Finance (IIF) said in a report. Regional economic growth is expected to contract by 4.4% this year even as authorities rush to cut interest rates and inject bns of USD of liquidity into their financial systems. The IIF projects the aggregate fiscal deficit to quadruple to 10.3% of GDP by the end of the year, despite significant cuts in state spending and tax rises.

Economists expect the European Central Bank (ECB) to ramp up its EUR 750 bn emergency bond-buying program when it meets on Thursday, the Financial Times reports. The bank has already spent more than EUR 210 bn since it launched its pandemic emergency purchase program in March, raising the prospect that it could run out of ammunition before eurozone economies have recovered from recession.

House to soon kick off final discussion of FY2020-2021 budget: The House Planning and Budgeting committee will soon hold its last meeting to finalize its report on the draft FY2020-2021 budget, before handing it over to the general assembly for a final vote later this month, committee deputy chair Yasser Omar said, according to Youm7. A document (pdf) released by the Finance Ministry yesterday shows that nothing has changed since we last reported on key budget figures in April. The ministry said last month that it would tweak assumptions, but is waiting for more clarity on the crisis.

GAFI to get wider powers over economic zones under proposed legislative amendments: The government is looking to amend the executive regulations governing the country’s special economic zones, specifically the Suez Canal Economic Zone, that would expand the General Authority for Freezones and Investments (GAFI) powers over these zones, according to a statement. The amendments are meant to streamline procedures and cut back on bureaucratic redundancies that are holding back fresh investments in the zones, the statement says.

Egyptian startups have the chance to compete for a piece of a USD 1.5 mn pool from the Jack Ma Foundation’s Africa’s Business Heroes program, which is kicking off its second edition according to an emailed statement (pdf). The program is open for entrepreneurs from all 54 countries in Africa and is accepting applications until 22 June. 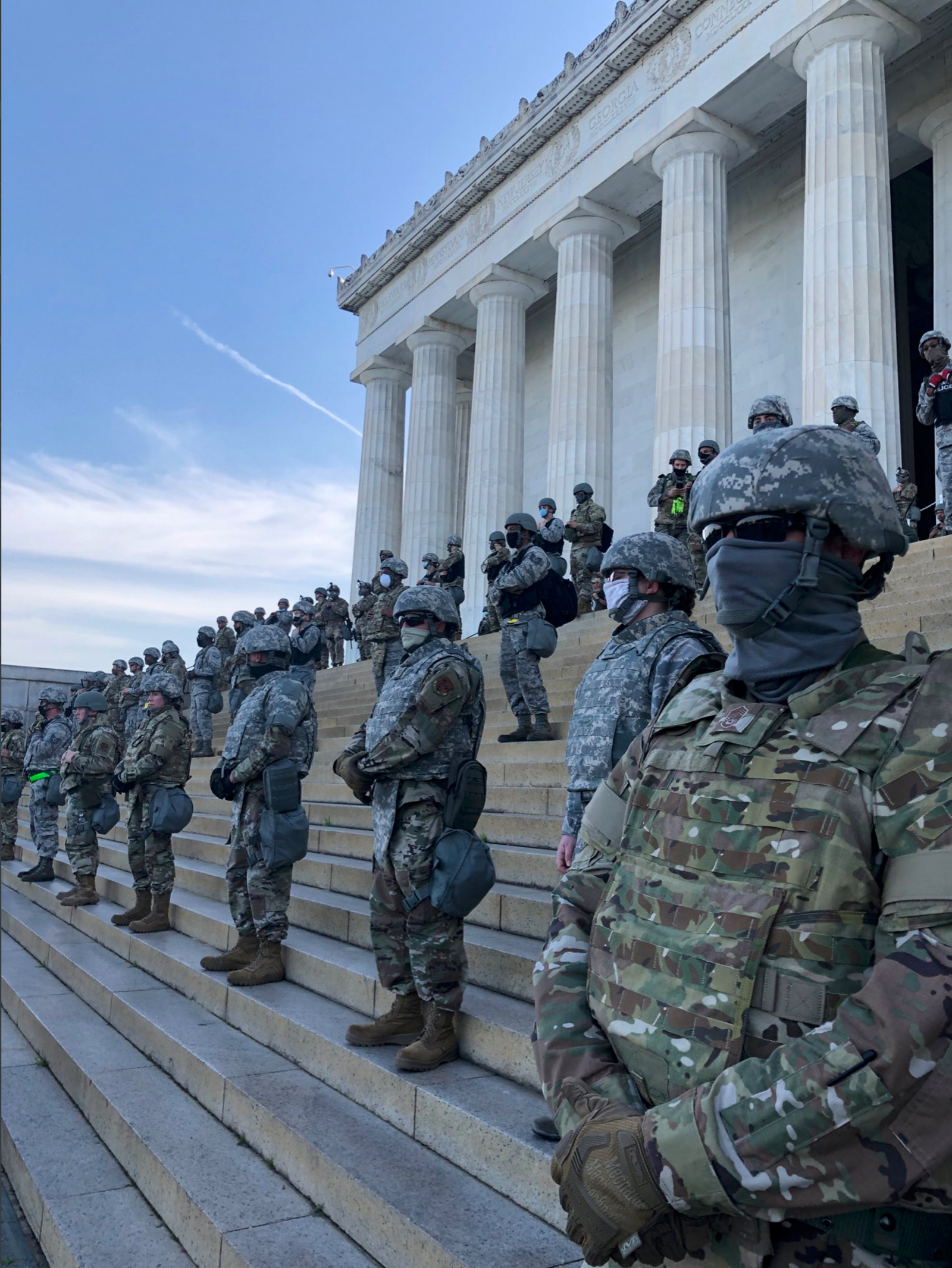 America is bracing for yet another night of violence after peaceful protests across the country yesterday saw large crowds again marching against racial inequality and police brutality. Social media continues to bristle with scenes of police violence against both protesters and the press. King Cheeto, meanwhile, demanded in an all-caps bark on Twitter that New York call up the national guard to contain the civil unrest roiling its streets. Some 20k guard members have deployed to 29 states, the Associated Press reports. The Financial Times has an explainer on the legal viability of deploying the military to clamp down on the protests.

Fully 64% of Americans are sympathetic with the protesters and more than 55% disapprove of how The Orange One has handled the crisis, according to a new poll by Reuters.

Zuk, meanwhile, isn’t doing so well amid a brewing rebelling of his own as some employees of Facebook continue to protest or resign over how the social network has handled a post from King Cheeto that most reasonable human beings (including the people at rival Twitter) saw as a call for more police violence against protesters. Business Insider has the recap.

Israel is readying its military for an illegal annexation of the West Bank that could see the IDF seize around 30% of the territory under plans drawn up by PM Benjamin Netanyahu’s newly-formed coalition government, the Times of Israel reports.

Libya’s warring factions have agreed to restart ceasefire talks after weeks of fighting near Tripoli, according to a statement issued yesterday by the United Nations Support Mission in Libya.

French container shipping group CMA CGM is looking to hit carbon neutrality by 2050 and have 10% of the company’s activities powered through alternative fuels by 2023, according to Reuters. The group is following Maersk’s commitment to reducing carbon emissions to zero by 2050.

In today’s issue: Part three of our series on how the renewable energy sector is faring amid covid-19 looks at the oversupply of renewable energy — an issue that had been building up prior to the outbreak of the pandemic but is now exacerbated.