How the Egyptian construction sector is responding to the covid-19 crisis: Amr and Hassan Allam, co-CEOs of Hassan Allam Holding 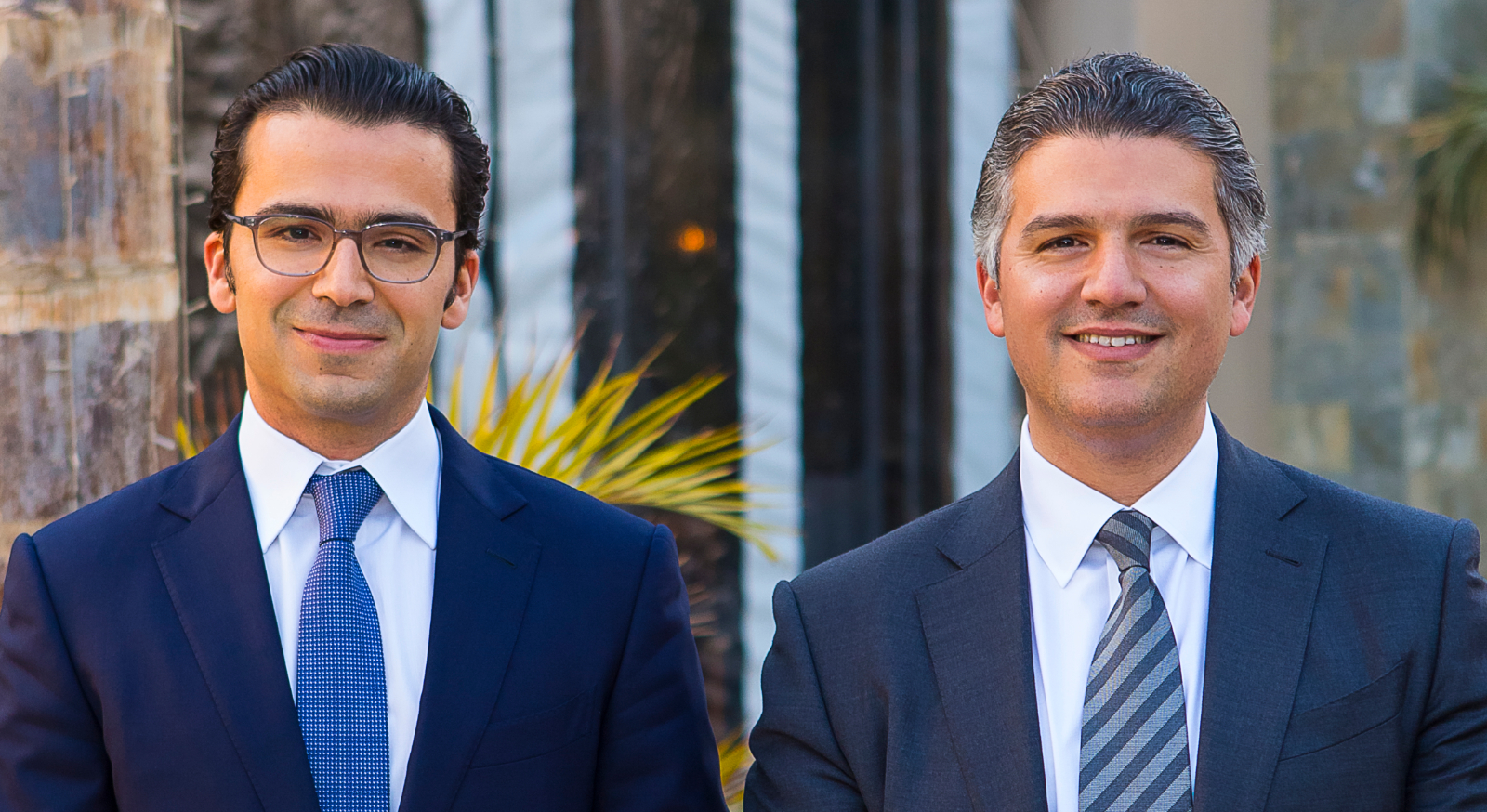 How the Egyptian construction sector is responding to the covid-19 crisis: Amr and Hassan Allam, co-CEOs of Hassan Allam Holding (part two of a two-part series). Our look at how infrastructure projects were faring in the early days of covid-19 had industry players tell us that projects had so far been largely unaffected. Fast forward three weeks and we’re looking at a very different world: Many businesses have instituted work-from-home policies, the government and the central bank have announced a raft of fiscal and monetary stimulus measures, flights have been grounded, and we’ve been confined to our homes at night for a week now.

How have you responded to covid-19?

Hassan Allam (HA): Since the crisis began, Hassan Allam took safety precautions to minimize the risk of infections, including sanitizing equipment and offices, cutting down shifts, and working from home. But because of the scale of our operations, we knew that wasn’t enough. We employ 35k people, and they interact with suppliers, subcontractors and numerous third parties. We then decided to put 50% of our workforce on paid leave, and we would rotate them on a weekly basis. That still wasn’t sufficient because there were still thousands of people that were interacting on a daily basis.

As the situation became more critical, we decided last Thursday on a complete one-week halt on work sites, with paid leave for all staff and labor to elevate our safety precautions and add more stringent measures on sites. We decided we would assess the situation at the end of the first week and decide whether to extend the suspension. I believe that the big and serious players in the sector will do this, if they haven’t already.

Have projects or the delivery time on projects been impacted for Hassan Allam?

HA: They will be impacted as a consequence of the slowdown, and the longer the situation persists, the more projects will be delayed. Some projects will be able to recover from these delays, while others won’t. It will be on a case-by-case basis.

Which projects will be most heavily impacted by these delays?

HA: Projects that will be most heavily impacted are ones with long lead items that have suffered delivery delays. These will likely be projects that require particular construction methodologies that are a bit more restricted than traditional building works.

Amr Allam (AA): I think there will be delays across the board, and across the whole supply chain — whether it's workforce or materials — because of the nature of the global supply chain. It's an interconnected industry in general. A lot of the components that we use are imported from Europe or China or elsewhere. So, from a delivery standpoint, the delays are already impacting some projects today.

HA: You can’t say one part of the construction sector will be hit more than others. Both building and infrastructure works rely heavily on imported materials and skilled technicians. Lots of water projects, for example, rely on internationally procured technology and technology providers. On the labor side, we are also running into some inefficiency, as people are scared to be at work and want to stay at home.

How has Hassan Allam been managing its relationship with clients during the shutdown, whether on the delivery or the payment side?

HA: I have to say that the clients have been extremely supportive and cooperative. There is a very healthy dialogue going on, and it is a testament to the kind of relationship we have with out stakeholders and partners. So we have no complaints on that front. When such events happen there will be extended conversations with clients whereby both parties will compromise. Legally speaking, nobody factors in a global pandemic in a construction contract, so force majeure clauses are in place to protect both the contractor and the client.

AA: The clients in general understand that the construction industry is one that pulls numerous other industries behind it, such as subcontractors or material manufacturers. They understand that the cash flow cycle for the construction industry is a crucial one to keep alive. And I think the dialogue is open and we see a lot of support there to allow for us to be able to keep our staff — including day laborers — at home, on full paid leave for the next 1-2 weeks while we reassess our safety precautions. This couldn’t have happened if clients weren't supportive in terms of paying their invoices.

How will the crisis shape infrastructure development for 2020 and beyond?

HA: I think that once this pandemic is controlled, governments will want to kickstart the economic cycle, and pump liquidity into the economy and to get people back working again. We all know that construction is a leading industry when it comes to picking up employment. So we do expect the macro climate to benefit the construction industry in general; I am optimistic.

How is your business strategy adapting to covid-19 in the long-term?

HA: We have had plans in place since 2011 to diversify into cash flow positive, revenue-generating businesses that help support our core construction operations — which are prone to the cyclicalities of the market. These businesses include utilities, building materials, manufacturing, and engineering services. Basically work that can be done from a standalone location that is less dependent on labor and has a positive cash flow or a cash flow neutral business model — a cash and carry kind of situation. So most people will pay their electrical bills, their water bills, and pay in advance for engineering services, whereas it's common practice to delay bills associated with construction services. So we have decided to diversify our portfolio so that in the event of global pandemics, revolutions, and other situations that stress the cash flow, we are well-balanced.

AA: I think going forward we're going to look at avenues where we are going to be able to become more efficient and more cost conscious. There are a lot of items that drain your cash flow that can be cut. Cash flow and cash, in general, is the name of the game for 2020. So we’ll be looking at managing cash flows very tightly, while becoming more maneuverable and agile. We want to do this without impacting our employees as much as we can, and this is something we take very seriously. I want to stress that you really can't have a concrete (no pun intended) plan beyond four months from now because things are so fluid and they change on an hourly basis.

Have the government’s crisis response and economic policies been helping?

HA: The central bank has once again taken steps by reducing interest rates for us, and this is a big ticket item. Because we use working capital facilities to support some of our projects and our cash flows, reducing the interest rates associated with these working capital facilities has helped us reduce our costs significantly. So we’re seeing strong support from the government, led by the prime minister and the central bank.

HA: I would strongly recommend that the government delays 2019 taxes until December, rather than have them paid in April. We’re seeing this in other countries that pay taxes in April, like the US, which has delayed payments until July. I would recommend that we delay them even further here in Egypt. I'm not asking for taxes to be canceled; on the contrary, I believe that they have to be paid and in full. But pushing them forward is important to help the construction industry in particular overcome this situation.

AA: Postponing payments on non-performing loans for six months would be another positive step. It would be better if we are entering a no-interest period, rather than just a no-penalty period. In general, I would support policies that would make it easier for clients to pay dues owed to contractors. Banks can assist clients by extending further lines of credit.

I would also like to stress that paying old unpaid dues would go a long way to helping the sector — it would not need support if arrears were paid off.

What’s a positive outcome that could come out of the covid-19 crisis for the industry?

HA: The government realized that there is a significant need for further infrastructure development, particularly when it comes to healthcare and its supporting infrastructure. And this has important business potential for companies like Hassan Allam and our peers. There will be openings for large-scale contractors, engineering firms and building materials companies to have significant work to do in Egypt and in the region.

AA: The world is going to come out of this crisis a very different animal, particularly when it comes to the global supply chain. We will see a change in the mentality of businesses that used to rely exclusively on suppliers from certain regions. It’s unlikely that China will be relied upon as heavily as it used to be before the crisis. Egypt has the chance to be the main supply hub for Europe. We are geographically located in a very unique position. We have the workforce, the industrial infrastructure and the brains to capitalize on these circumstances.

What message would you like to send to industry, employees, shareholders, the business community, and the country at large?

AA: Every company today needs to ask itself what more it can do. The government can only do so much, so the private sector has a very large role to play in the coming months.

HA: We’ve been communicating a message of hope to our teams across 11 subsidiaries and seven countries. This is a very important time for companies that have done well here to show their employees how serious they are about being transparent with their staff and how far they’re willing to go to stand side by side with them during this crisis — be that through financial or emotional support.