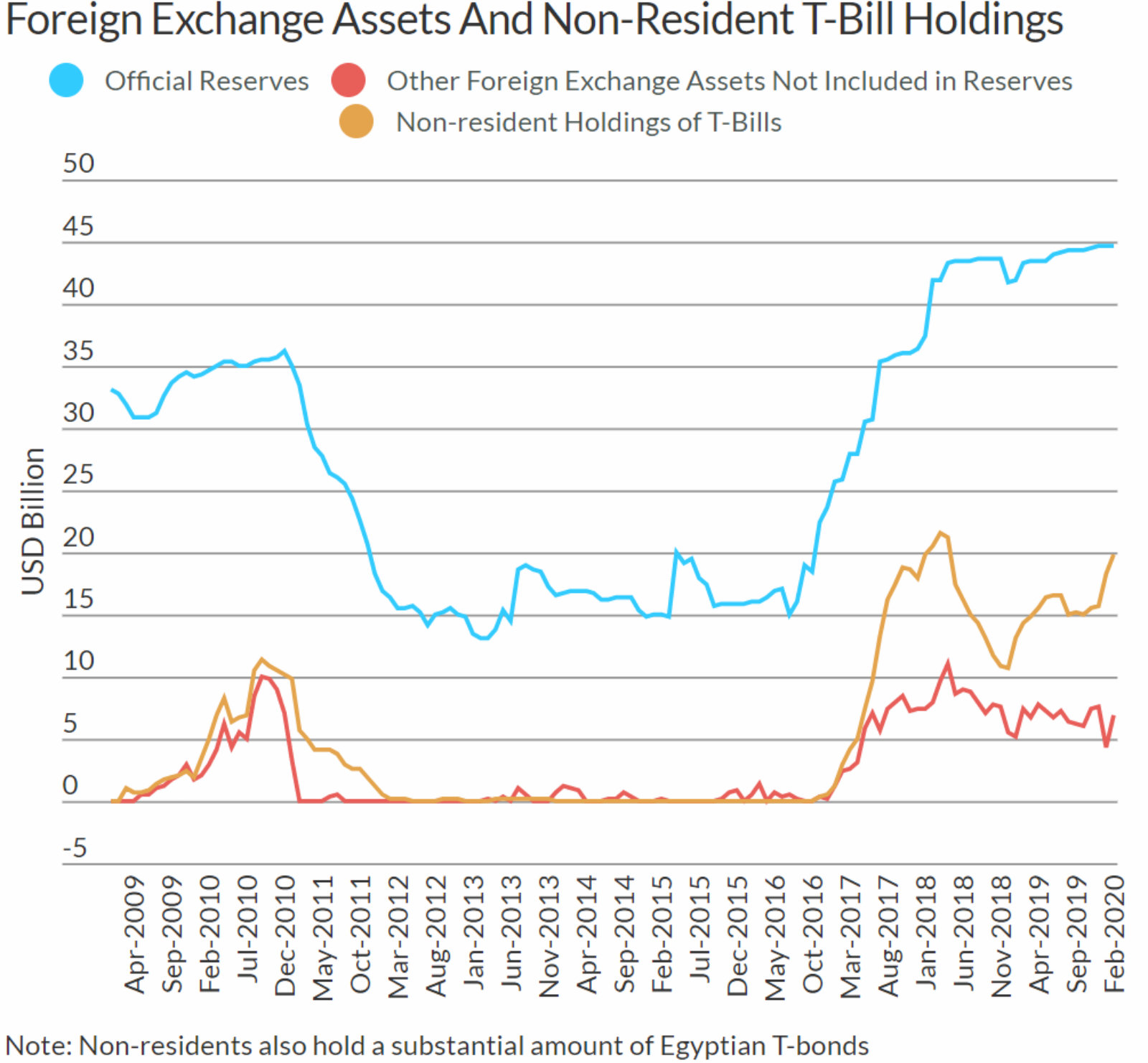 Strong FX reserves, fiscal reform to mitigate short-term headwinds on Egypt’s external account -Fitch Ratings: Strong international reserves and the government’s fiscal reforms will help to mitigate the impact of the covid-19 shock on Egypt’s credit position, but the fallout will nonetheless have a significant impact on the country’s GDP growth, external finances and fiscal position and will likely result in “substantial” portfolio outflows from EGP-denominated bonds, Fitch Ratings said yesterday. The ratings agency said the country’s USD 45.5 bn in international reserves and USD 7 bn in foreign-currency deposits should enable Egypt to weather capital outflows over a short-term period, but warned that they may be “rapidly eroded” if outflows persist.

Fiscal conservatism gives way to stimulus: “We expect the government’s fiscal consolidation efforts to falter in the near term, given weaker economic growth and revenue collection,” Fitch said. “We feel the [EGP 100 bn in fiscal stimulus measures] are modest, mostly temporary, and fairly easily reversible, but will add to pressures on the public finances.”

Egypt may be able to turn to the IMF if times get tough: Egypt’s successful completion of its IMF reform programme may allow it to access emergency funds from the international lender if its credit position becomes critical, Fitch said. 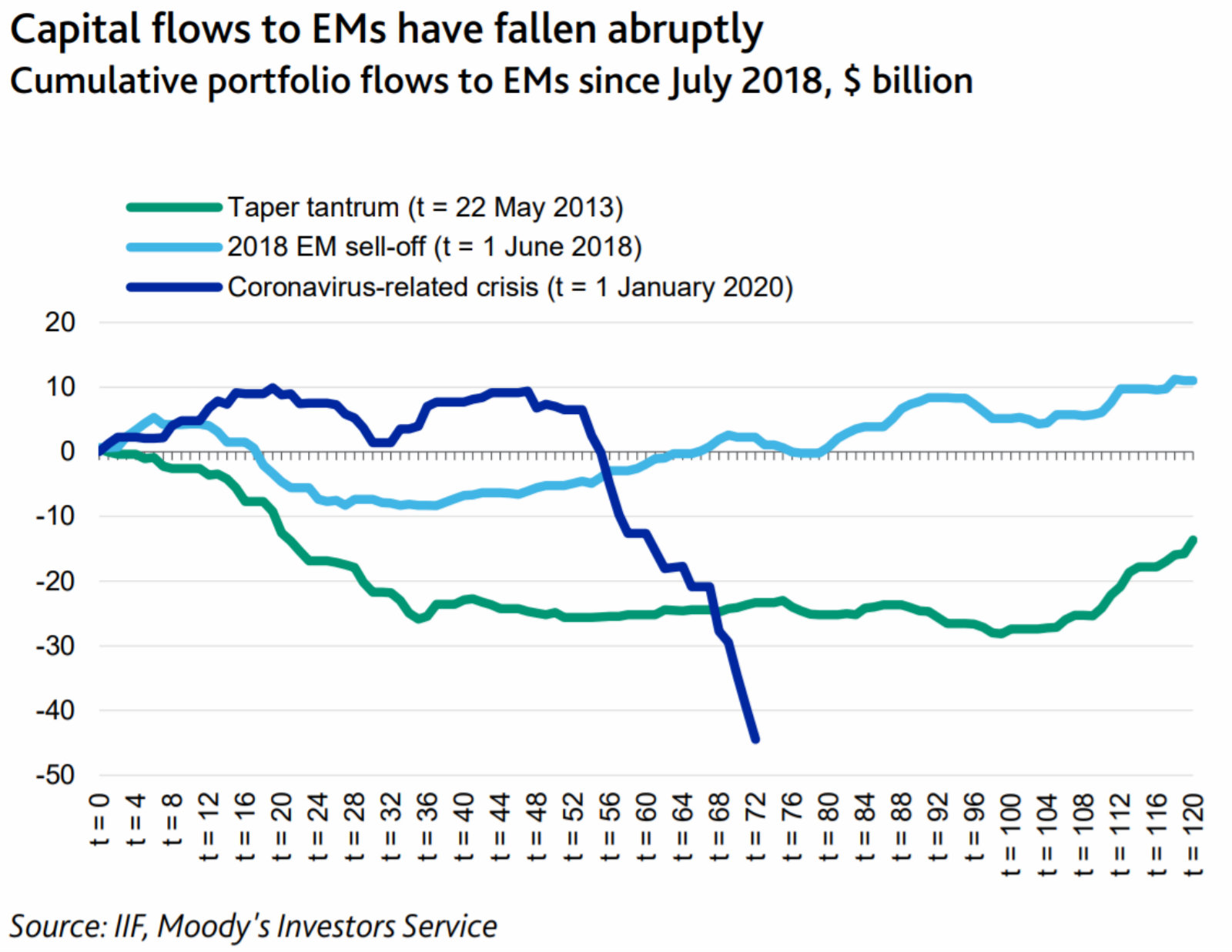 Meanwhile, Moody’s says Egypt is “particularly vulnerable” to outflows: Egypt is among a group of countries that are “particularly vulnerable to a lasting and sharp tightening in financing conditions,” Moody’s has said in a report. The surge in risk-off sentiment among investors that has followed the covid-19 outbreak and the collapse in oil prices will put the creditworthiness of countries dependent on external financing under increasing pressure the longer it persists, the ratings agency said.

Egypt’s comparatively high foreign reserves means it is less vulnerable than other emerging markets to a sudden stop in capital flows, it said, but we’re also among the most reliant on external borrowing, topped only by Lebanon and Pakistan. This has caused the country’s credit spreads to widen noticeably, with the monthly bond spread as measured by the EM Bond Index up more than 300 bps in March from its 2019 average.