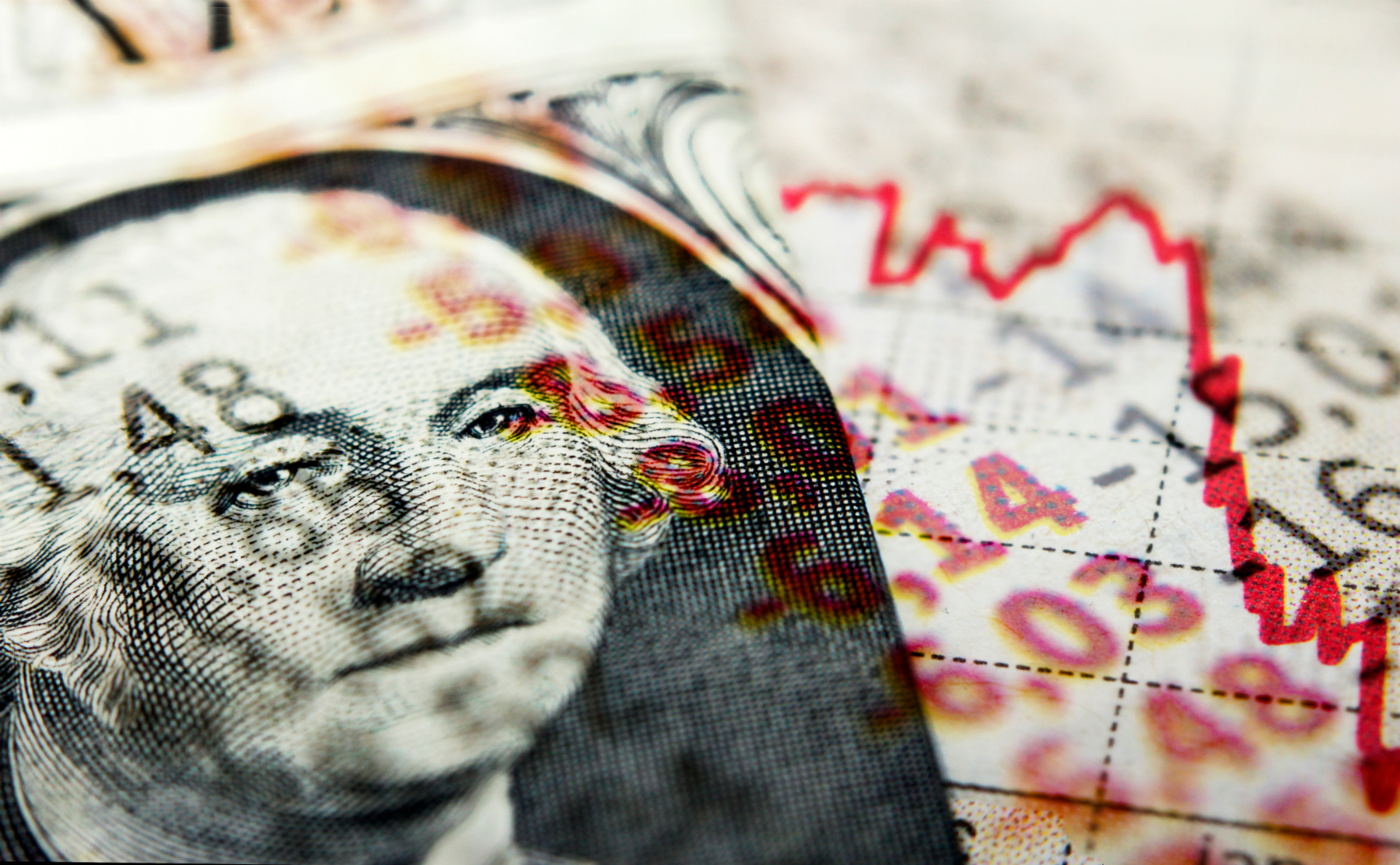 US equities suffered their worst week since 2008 last week as the financial and economic consequences of the covid-19 outbreak grew increasingly bleak. The S&P 500 index capped a torrid week’s trading with another 4.4% drop into the red, leaving it down 15% during the week to lows not seen since 2016. The Dow Jones fell 17% during the five days of trading and the Nasdaq fell 12%.

European stocks saw some respite from the frantic selling earlier in the week to finish Friday’s session in the green: The European Central Bank’s announcement that it would buy up to EUR 750 bn of securities this year helped Europe’s major indices rebound on Friday, leaving them only marginally down on the week. France’s CAC 40 gained 5%, the German DAX rose 3.5% and the Euro Stoxx 50 finished 3.85% in the green at the close of play on Friday.

Volatility is down but remains abnormally high: The VIX fell more than 16 points from its record high at the start of the week to 66. To put this in context: The so-called ‘fear index’ fluctuated between 10 and the lower 20s for much of the previous decade. 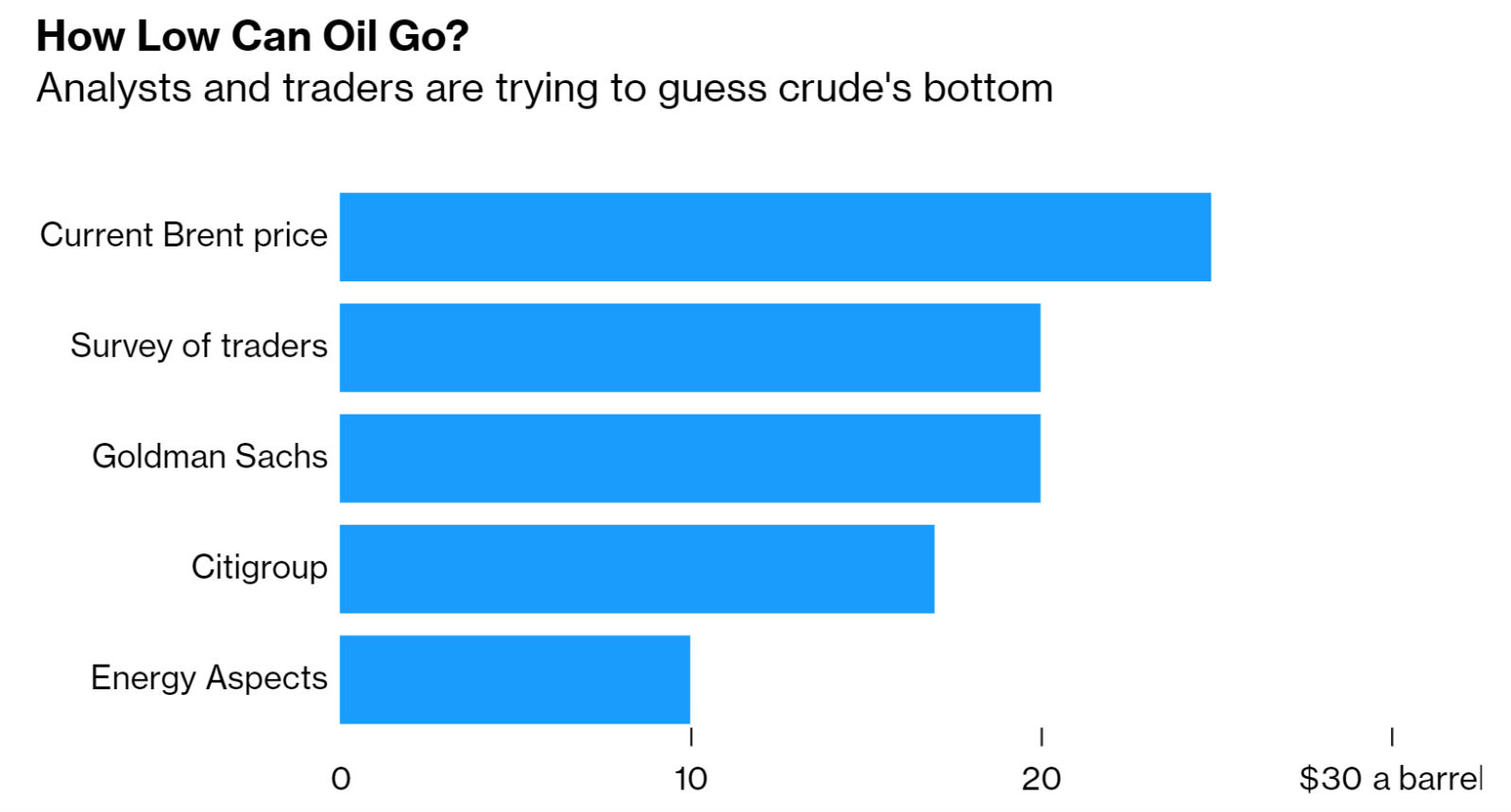 It was another disastrous week in the oil markets as Saudi Arabia and Russia doubled down in their war of attrition for oil supremacy: US crude plunged 28% during the week to trade at USD 23.66/bbl at market close on Friday and Brent fell 21% to USD 27.38/bbl. Prices on the two crude benchmarks have both collapsed since the start of the year after the Saudi-Russia price war aggravated an already serious demand slump caused by the covid-19 outbreak. WTI is now down more than 63% from its recent peak at the start of the year and Brent has lost more than 60%.

Prices are expected to plummet to lows unheard of in recent history, likely touching USD 20 per barrel or below, according to a Bloomberg survey. Out of 20 traders surveyed by the business information service, 18 expect the Brent index to hit or fall below the USD 20 mark, with WTI pinned at USD 3-5 lower. Goldman Sachs and Citigroup analysts also paint a gloomy picture, with some even warning of a rare occurrence of “negative physical prices in some areas,” forcing some producers to shut down. 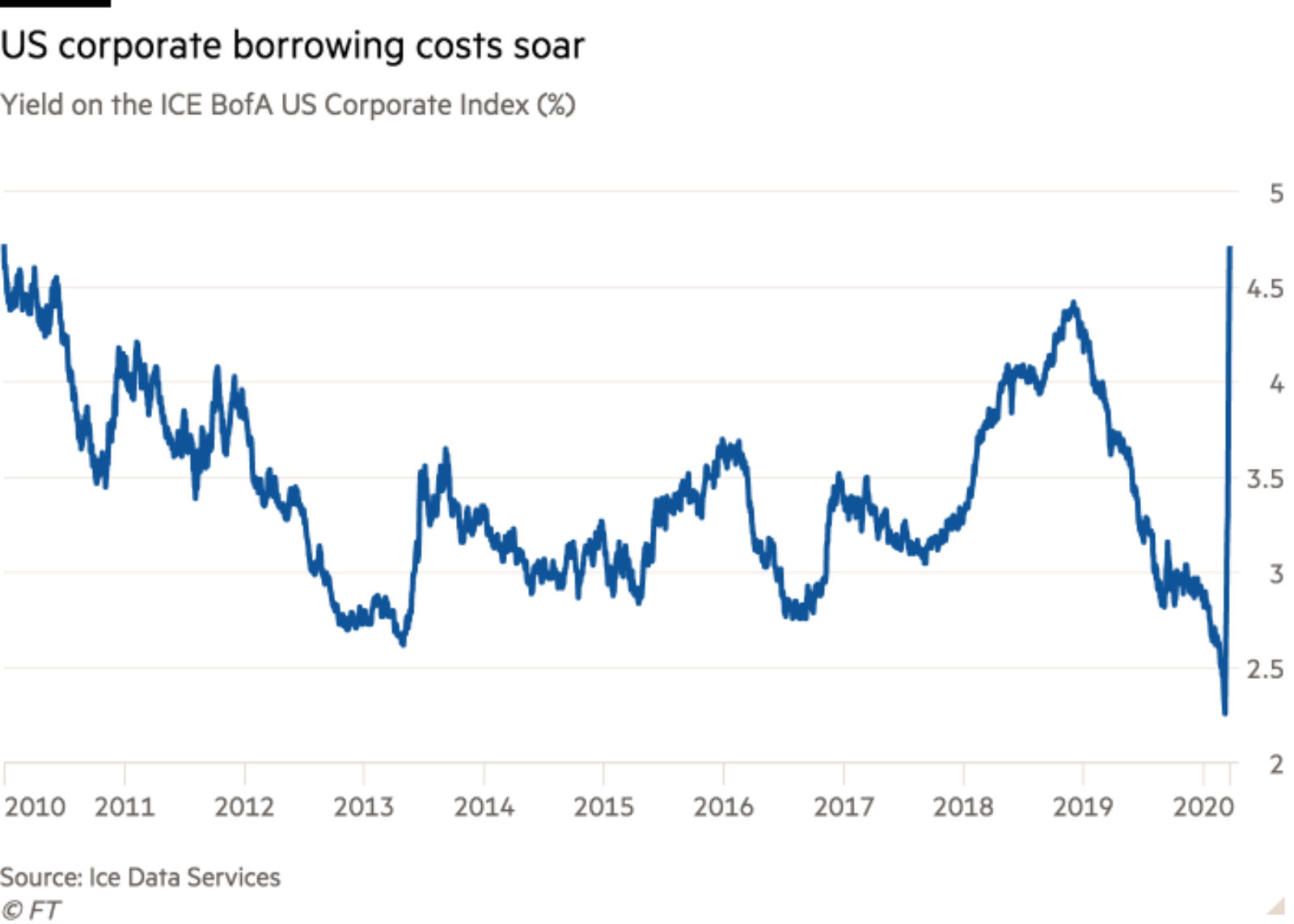 Even more worryingly, credit markets are trembling as investors sell off corporate debt at an unprecedented rate: The flood of central bank stimulus these past two weeks has failed to halt a corporate bond sell-off that has sent yields on investment and speculative-grade debt surging at an unprecedented rate, the Financial Times reports. Companies with investment-grade credit ratings have seen their borrowing costs double to an average of 4.7% as of Friday, yields on ‘junk-rated’ bonds have surged to more than 10%, according to Ice Data Services. 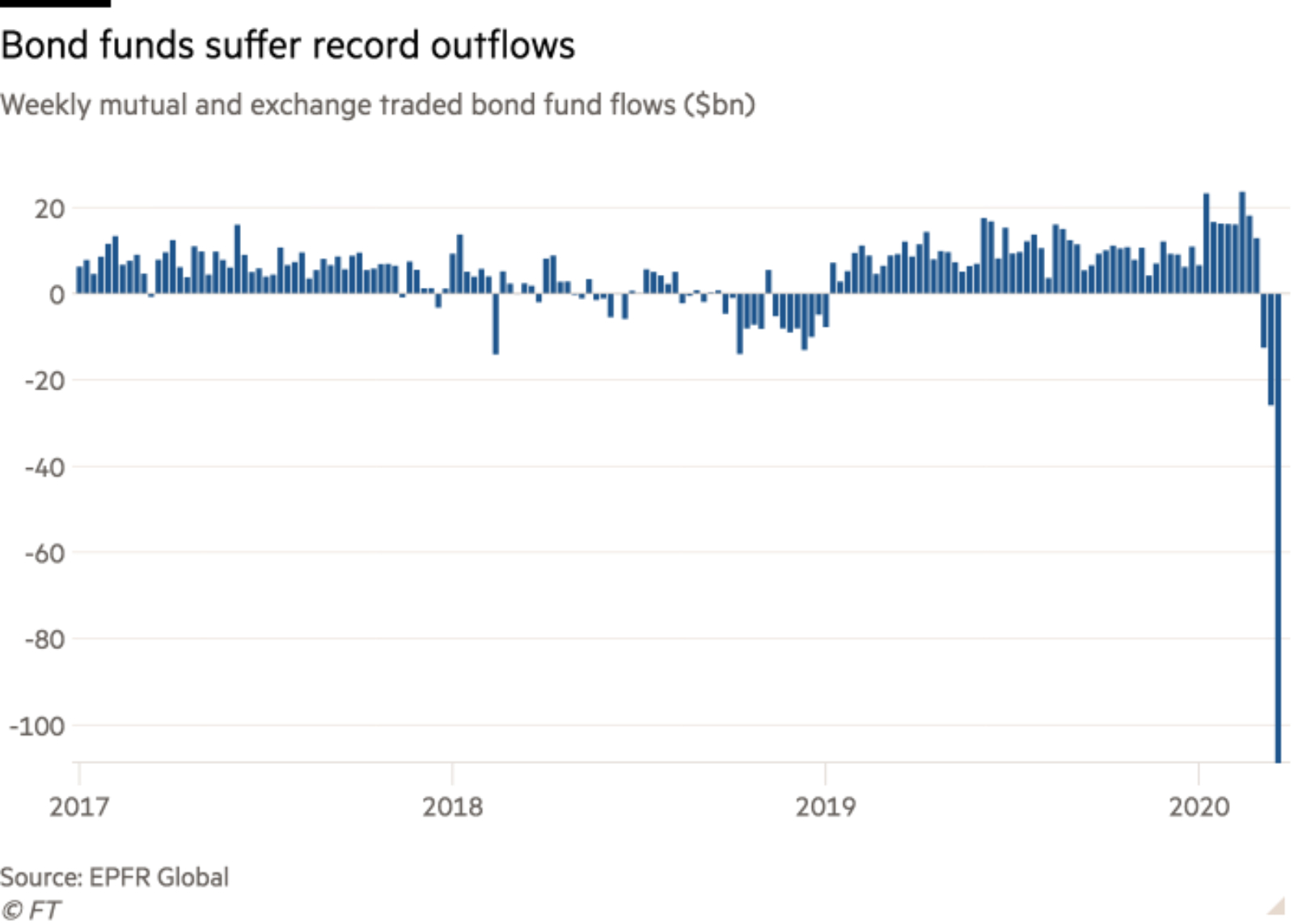 The “sell everything” mentality that took hold last week has analysts stunned: The sharp bond sell-off that took place last week in tandem with the cratering of the stock market is without precedent and has market watchers scratching their heads. The bond market, rather than providing a source of safety for investors, sold off in equal measure as asset classes of all stripes plunged into the red. “[It] was mind-boggling, said Bob Michele, CIO at JPMorgan Asset management. “I have been doing this now for almost 40 years, and this is the strangest market I have ever seen.”