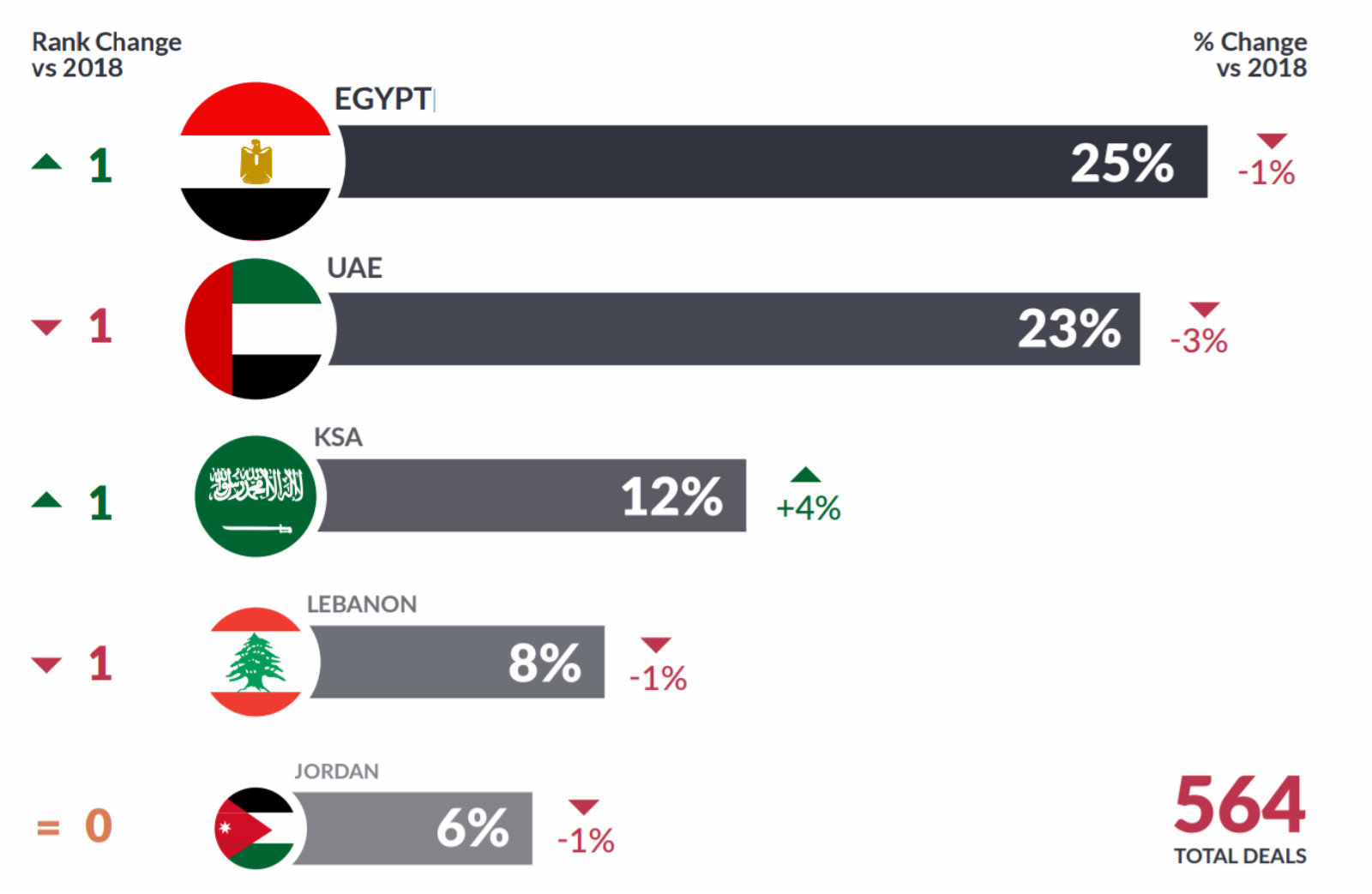 Egypt was the most active venture capital market in MENA last year with 25% of all transactions in the region, according to startup platform Magnitt’s 2019 MENA Venture Investment Report. Egypt’s share of total number of seed funding agreements fell 1% y-o-y, but the UAE, which topped the ranking in 2018, saw its agreements fall 3% y-o-y in 2019. The larger dip pushed the UAE to the number two spot with 23% of all agreements, followed by Saudi Arabia with 12%, Lebanon with 8%, and Jordan with 6%. The UAE remains the largest recipient of venture funding by value (60% of the total), while Egypt followed with 14%.

In short: Egypt had the largest number of transactions, the UAE led in total value, while Saudi Arabia was the fastest-growing by number and value of transactions announced.

It was a year of records for MENA startups: MENA startups in 2019 saw a record of 564 startup investments worth a total of USD 704 mn, marking a 31% y-o-y increase in the number of investments and a 12% rise in the total funding value. These figures, however, do not account for Careem’s exit, which became official in Egypt, Saudi, Jordan, and the UAE earlier this month, or Amazon’s acquisition of Souq. Careem’s USD 3.1 bn acquisition by Uber also became MENA’s first unicorn exit. It was also a record year for exits with a total of 27 across the region.

Fintech is the most active industry, but transport lands the cash: Fintech retained its top position from last year as the most active industry by number of agreements, accounting for 13% of the total agreements, while e-commerce came in second at 11%. According to the report, accelerators and governments have played a key role in supporting fintech startups this year. However, when measured by total funding, delivery and transport takes the lead with 19%, real estate and e-commerce come in second and third with 15% and 14% respectively, and fintech falls to the fourth spot with 11%.