The launch of Egypt’s sovereign wealth fund (which we now know is called THARAA, or “wealth” in Arabic) again dominates headlines this morning. CEO Ayman Soliman held a media roundtable, and we had a chat with him later about the fund, its operating principles, and how it aims to attract the private sector to Egyptian opportunities. We have edited excerpts of our talk and a roundup of news of the fund in the first two stories of this morning’s Speed Round, below.

It’s interest rate day tomorrow: The CBE meets on Thursday to review interest rates, with five of the six economists we surveyed last week predicting a rate cut. A Reuters poll of economists saw the 12 of 14 surveyed expecting a rate cut, with two anticipating a 50 bps cut, eight anticipating a 100 bps cut, and two saying the Monetary Policy Committee could get aggressive with a 150 bps cut. Another two economists predict rates to remain on hold.

Our friends at AmCham are hosting the US-Egypt Future Prosperity Forum on Monday, 18 November, with Prime Minister Moustafa Madbouly, US Deputy Assistant Secretary of Commerce for Manufacturing Ian Steff, and several Egyptian ministers scheduled to speak. You can check out the full agenda here.

The maiden Egypt Economic Summit wrapped up yesterday. Panels looked at banking and finance, ICT, industry, investment, and real estate. Youm7 has a rundown on the 41 recommendations for each sector provided by the panelists.

EFG’s new mortgage financing arm Bedaya will begin operating before the year is out, CEO Karim Awad said in a statement yesterday. “We proactively built a strong and growing NBFI platform over the past few years as we continue to actively explore new venues for further expansion to lead the market with new products,” Awad noted.

A Vietnamese Industry and Trade Ministry delegation will visit Egypt from 1-6 December to kick the tires on investment in logistics and trade, Vietnamese media reported yesterday.

Somabay is home to five luxury resorts, a lively marina, and outlets for premium entertainment and relaxation. Somabay caters to diverse tastes with a common thread of well-being,
relaxation, and sheer enjoyment of life that is reflected in all its hotels & facilities

Individual investors will need to max out their bids if they want to get in on the Aramco offering. A company statement yesterday said retail investors will need to bid at the upper end of the price range if they want to get a piece of potentially the largest IPO in history, according to Bloomberg. Refunds or additional shares will be handed out if the final price is lower than the top end, the statement said. The price range will be announced on 17 November and the final price on 5 December.

Saudi has launched a marketing blitz to get as many citizens as possible to invest in the company, the Wall Street Journal reports. Banks are handing out loans to purchase shares, a state media campaign is urging people to invest, and the listing adorns billboards and ATMs across the country. 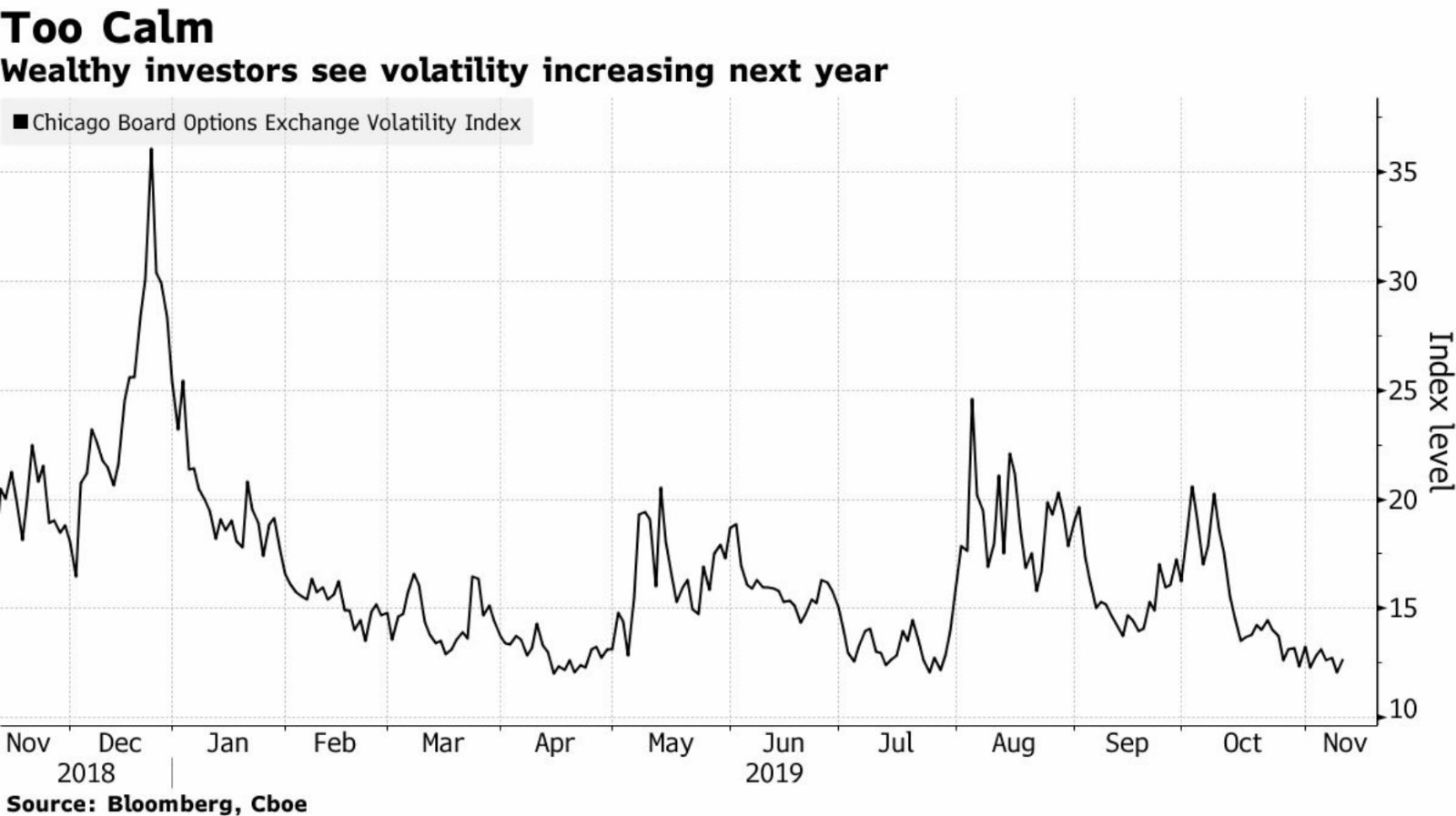 The world’s rich are penciling in a “major” sell-off next year, with a large number of wealthy investors converting their assets into cash, UBS Global Wealth Management said, according to Bloomberg. Of the 3,400 respondents in a survey, around 80% said they expect volatility to rise next year, and more than half anticipate “a significant market sell-off before the end of 2020.”

A Merrill Lynch survey offers a markedly different view, suggesting that the amount of cash-on-hand among asset managers is at its lowest level since 2013, falling to 4.2% as investors take on more risk.

This suggests fresh record highs on US indices will keep investors ploughing money into equities. Recession fears have faded into the background, as investors become more concerned with riding the current sugar high in the US markets generated by hopes of a US-China trade agreement. CNBC has more on the survey. 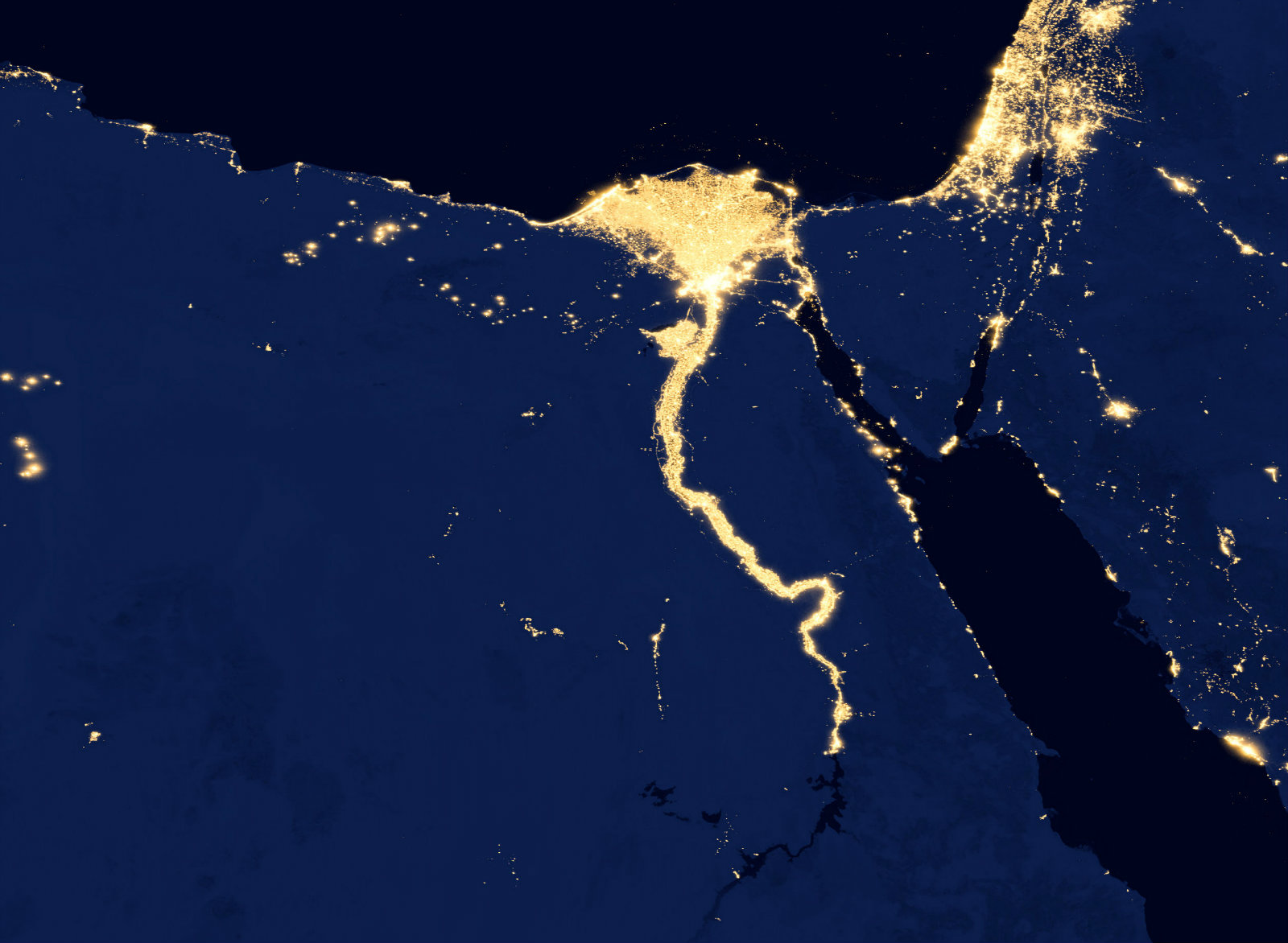 So-called alternative data is gaining credibility as a vehicle for investors to assess global economics and politics, supplementing official government reports and corporate filings, Bloomberg reports. This alternative data includes a wide range of material — from vehicle sales and electricity consumption shedding light on a country’s annual growth to tweets about jobs providing information about the state of a country’s employment. Using this data to identify patterns that can then be used to determine particular economic trends is becoming big business, with global spending on alternative data providers due to soar to USD 900 mn by 2021, almost double the level it was in 2017.

Google is creeping on your health records: Google has been collecting personal health data on “mns” of US residents without notifying the patients in question nor their doctors in an initiative dubbed “Project Nightingale,” the Wall Street Journal reports.