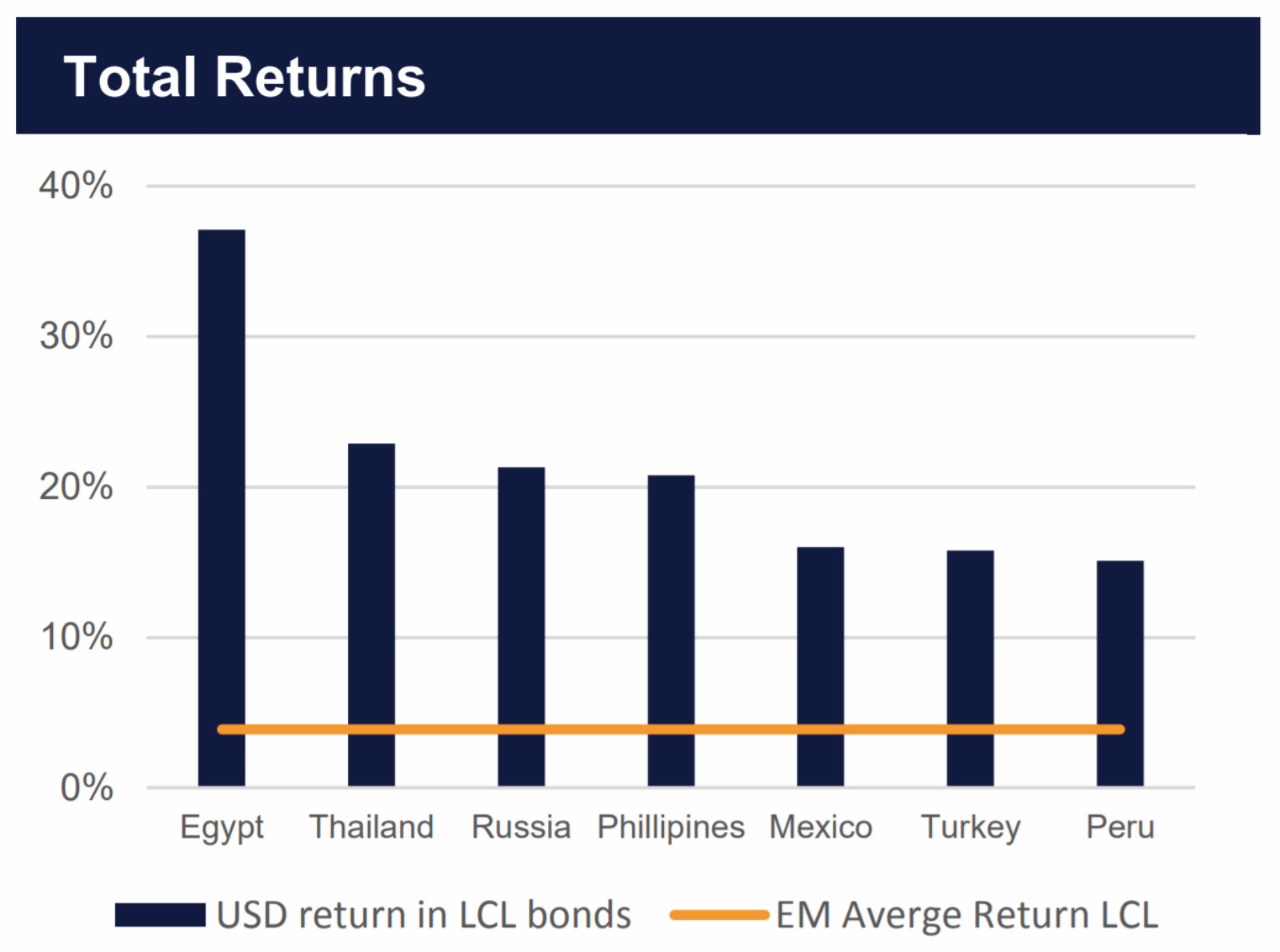 Egypt’s bonds outperformed this year, despite consecutive rate cuts -Emirates NBD: Egypt’s local currency bonds have been the best performing in the world in 2019, with investor appetite seemingly undeterred by the Central Bank of Egypt (CBE) cutting rates 350 bps so far this year, according to Emirates NBD’s monthly insight report. The finding provides a measure of context for Bloomberg’s assertion last week that EGP-denominated bonds have been underperforming since small-scale protests broke out in a few cities in September.

Real interest rates remain appealing, spurring investor appetite: The report points to the stability of the EGP and Egypt’s real interest rate remaining higher than its emerging market peers as the key reasons for yields on EGP-denominated bonds at 38.4% in USD terms. With a real interest rate of 8.5%, investors are likely to continue piling into Egyptian treasuries unless the CBE pushes ahead with severe monetary easing. “Having said that, even in that scenario the real interest rate is likely to among the top quartile of emerging market economies even after assuming a slight pick-up in inflation from lower base going forward which in turn should keep investors interested,” Emirates NBD says. The bank sees the CBE cutting rates by 400 bps over the next 12 months.

Speaking of yields: Egypt’s short-term government treasury yields are picking up for the fourth consecutive week, after falling 200 bps after the CBE began cutting interest rates in August. A gauge used by Al Mal to measure average yields showed that returns on interest on the 180-day bonds rose by 0.02% and rates on 273-bonds increased by 0.13%. On the other hand, interest rates on long term bonds fell for the second consecutive week by 0.09% for three-year papers, 0.014% on 7-year treasuries, and 0.6% on 364-day treasuries. This sustained trend confirms that the market is pricing in another rate cut when the CBE’s Monetary Policy Committee next meets a week from Thursday.

Foreign investors have increased their holdings of Egyptian treasury bills to 17.3% at the end of August 2019, according to Emirates NBD, with many of them investing in short-term securities with a maturity no longer than 12 months. The government stepped up its issuance of short-term bonds, with their share increasing from 20% in June to 25% in August.