What we’re tracking on 17 October

The IMF and World Bank annual meetings continue through the weekend in Washington, DC. Prime Minister Moustafa Madbouly, Investment Minister Sahar Nasr, and Oil Minister Tarek El Molla are in the US capital to attend the meetings. The Egyptian delegation had a busy day yesterday with several sit-downs with international institutions and politicians. We have the full rundown of everything you need to know on what’s happening across the pond in this morning’s Speed Round, below.

The meetings end on Saturday; you can visit their website here.

We’re also keeping our eyes open for a memorandum of understanding between Egypt and Euroclear, which the State Information Service said on Tuesday should be signed while officials are in Washington this week. Egypt’s debt instruments are expected to be clearable through the Belgium-based clearinghouse by the beginning of next year.

Dubai has imposed a limit on state involvement in the economy, imposing a moratorium on the creation of new state-linked organizations. New state-owned companies will only be established if necessary on national security or strategic grounds or if private sector companies are unable to deliver the goods or services needed. The move is designed to make sure state-related entities “arent’ crowding the private sector and holding back economic development,” Bloomberg reports. 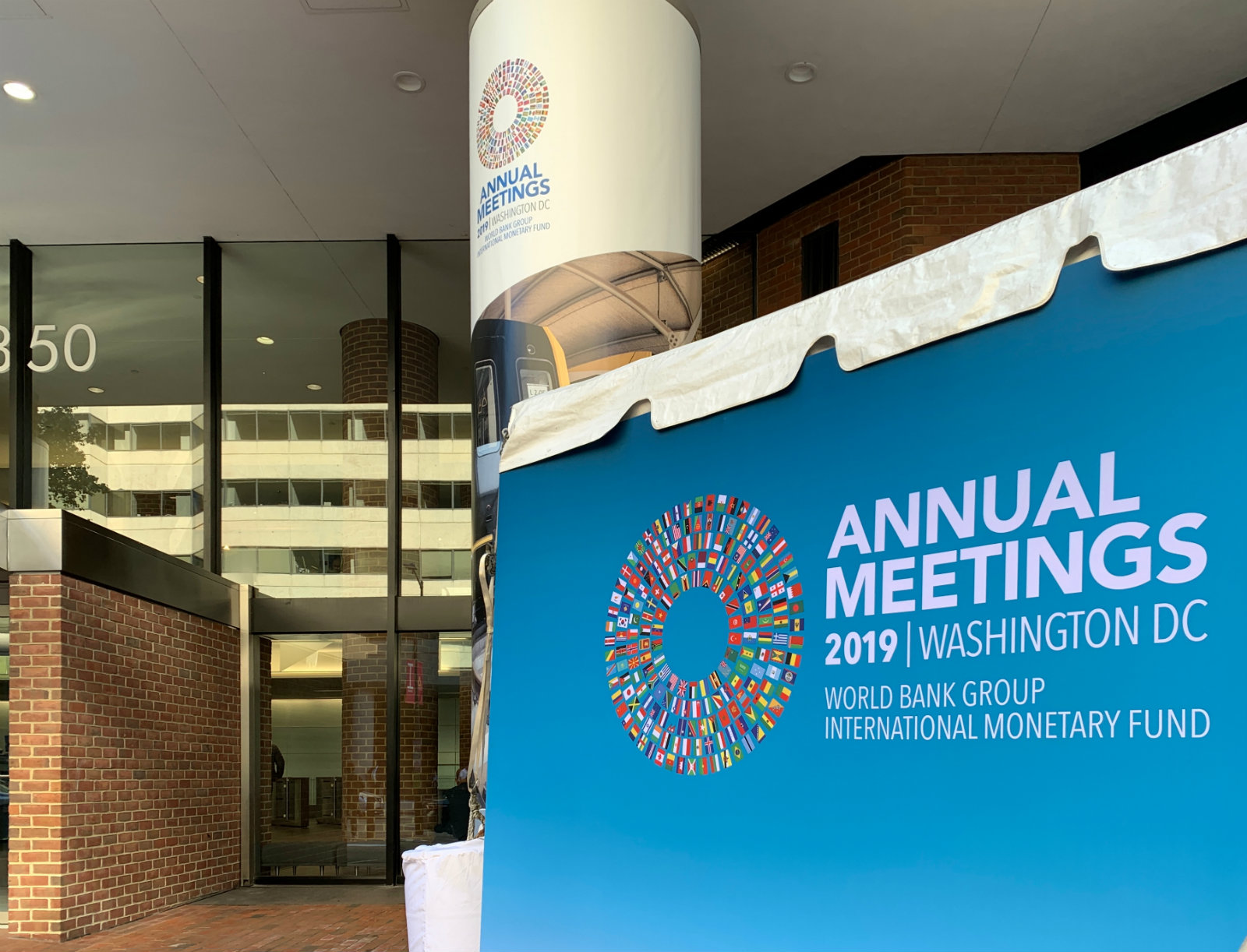 The latest from Washington: Central bank stimulus is a double-edged sword, IMF says, as it sounds the alarm on corporate debt levels. Around 40% of corporate debt in advanced economies is at risk in the event of a global recession, the IMF warned in a report issued during the third day of its annual meeting yesterday. Central bank-run stimulus programs, while successful at mitigating the short-term risks generated by current trade tensions, are giving companies incentives to take on unsustainable levels of debt and investors to plough into risky asset markets.

And in statement seemingly timed to perfection, Moody’s claimed an “uncomfortably high” risk of global recession within the next 12-18 months. “I think risks are awfully high that if something doesn’t stick to script then we do have a recession,” Mark Zandi, chief economist of Moody’s Analytics, told CNBC. “I’ll say this also: Even if we don’t have a recession over the next 12-18 months, I think it’s pretty clear that we’re going to have a much weaker economy.”

Carney chipped in with a refreshingly non-apocalyptic statement: Central banks will not be left in the dust by Big Tech in the race to develop financial technology, Bank of England Governor Mark Carney said during an IMF panel discussion yesterday. Admitting that policymakers would struggle to match the private sector for innovation, he said that systemic central banks like the Federal Reserve are indispensable institutions for maintaining financial stability. (CNBC) 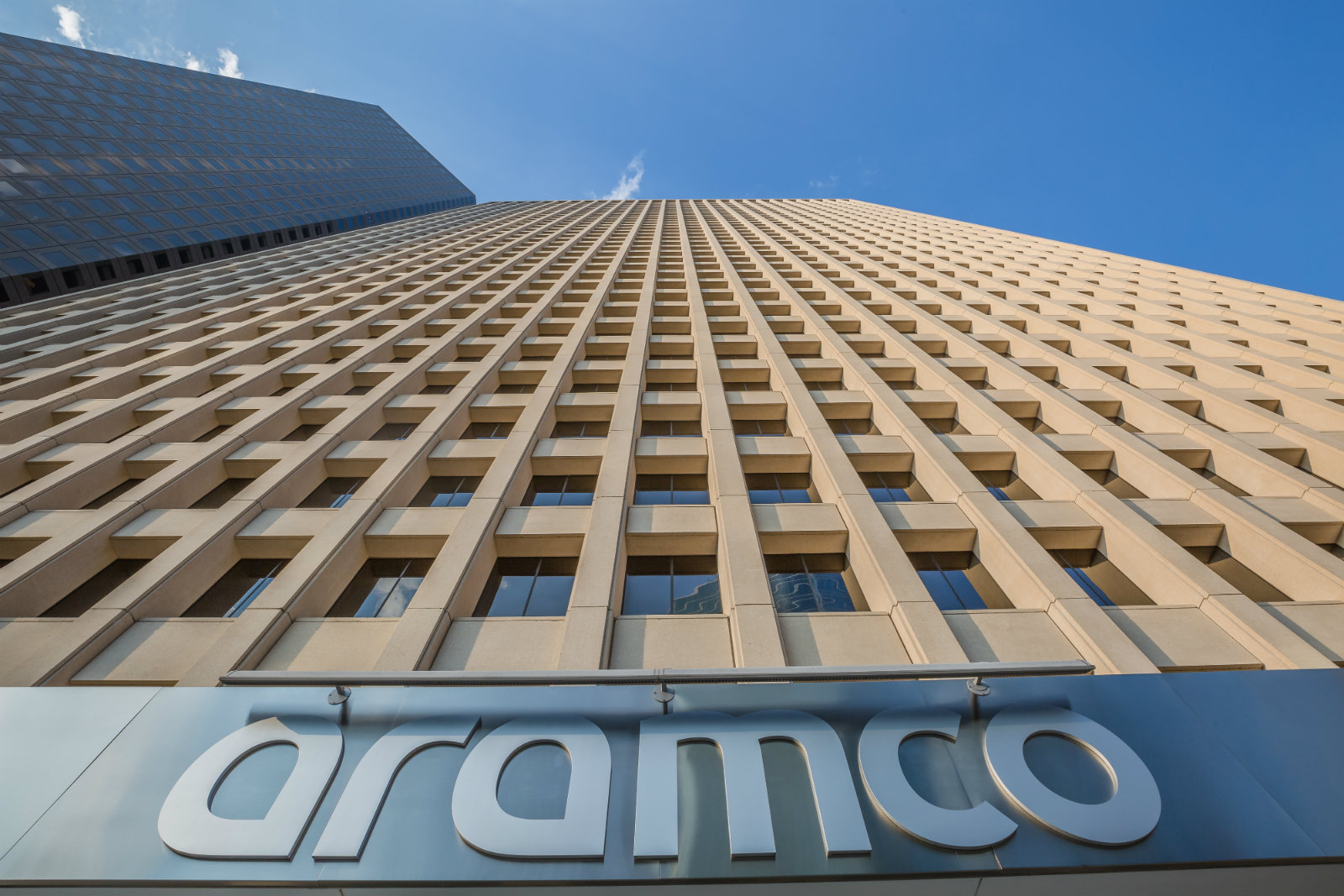 Aramco IPO edges closer: Saudi Aramco’s IPO will materialize “sooner than everyone thinks,” Aramco Chairman Yasir Al-Rumayyan said at the Saudi-Russian summit in Riyadh earlier this week, according to a statement (pdf). Aramco’s board of directors is expected to give its final approval to pushing ahead with the IPO plans this week, the statement says. Anonymous sources had told Bloomberg last month that the company could kick off its IPO process as early as 20 October and make its stock market debut on the Tadawul in November.

The Tadawul could do with an IPO right now. The Saudi stock exchange plunged into a bear market on Tuesday, after a 1.6% fall left the index down more than 20% down from its recent high in May. Yesterday offered some respite after shares rose 0.5%, lifting the market out of bear territory.

What is behind the downturn? Geopolitical uncertainty in the Gulf has spooked investors in recent months, particularly following the attack on Aramco’s oil facilities last month. Some analysts also suggest the US-China war has had an impact, while passive flows generated by the Tadawul’s inclusion into MSCI’s emerging market index have dwindled after a number of brokers warned that Saudi equities were overvalued. More recently though, analysts have suggested that investors have been offloading shares in order to make room for an Aramco buying spree, Bloomberg suggests.

KUDOS- Our friends at Hassan Allam won the infrastructure project of the year at the 2019 Construction Innovation Awards in Dubai on Tuesday for their Al-Mahsama irrigation drain water treatment plant in Sinai. The plant, awarded on an EPC basis, edged out entries from Saudi Aramco, Al Naboodah Construction Group, and KEO International Consultants. It uses treated wastewater from the Al-Temsah Lake to connect 50 hectares of remote, dry land in northern and central Sinai to irrigation with a capacity of 1 mn cubic meters of water a day.

Key dates for your diaries this month as we head into the weekend: