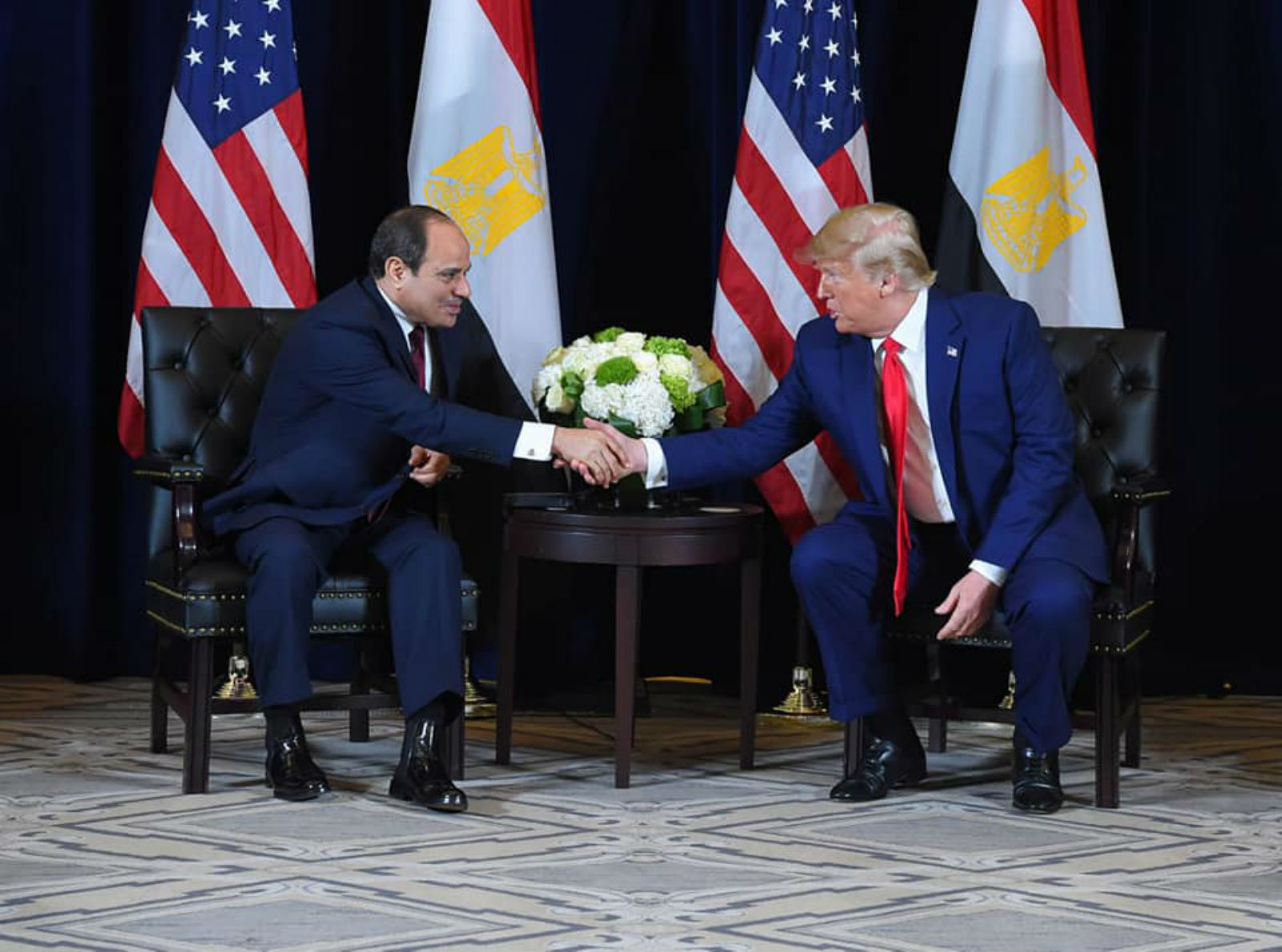 US President Donald Trump extended his support to President Abdel Fattah El Sisi amid the recent protests during a meeting yesterday on the sidelines of the UN General Assembly in New York, according to Reuters. The newswire quoted Trump as saying “everybody has demonstrations. I’m not concerned with it. Egypt has a great leader.” Asked about the weekend events, El Sisi directly attributed the protests to “political Islam.”

The two also discussed “reinforcing peace and stability in the Middle East” and “ways to revive” the Palestinian-Israeli peace process,as well as economic reform and cooperation and bolstering the activity of American companies in Egypt, according to an Ittihadiya statement. El Sisi pledged to make it easier for US companies to do business in Egypt during a dinner hosted by the American Chamber on Sunday, the presidency said.

El Sisi separately gave global leaders a rundown on his administration’s healthcare initiatives, including the “100 mn healthy lives” initiative and the elimination of surgical waitlists during the General Assembly high-level meeting on universal health coverage, according to a transcript of his speech released by Ittihadiya.

Meetings with other leaders: El Sisi also met with European leaders, including Italy’s Prime Minster Giuseppe Conte, with whom he discussed the ongoing investigation into the murder of Italian PhD student Giulio Regeni, according to a statement. The two also touched on illegal immigration and other regional issues. The president separately discussed terrorism with Belgian Prime Minister Charles Michel and cooperation with a focus on energy and logistics with Norwegian Prime Minister Erna Solberg.