‘Phantom’ FDI accounts for over a third of global investment, and it’s growing 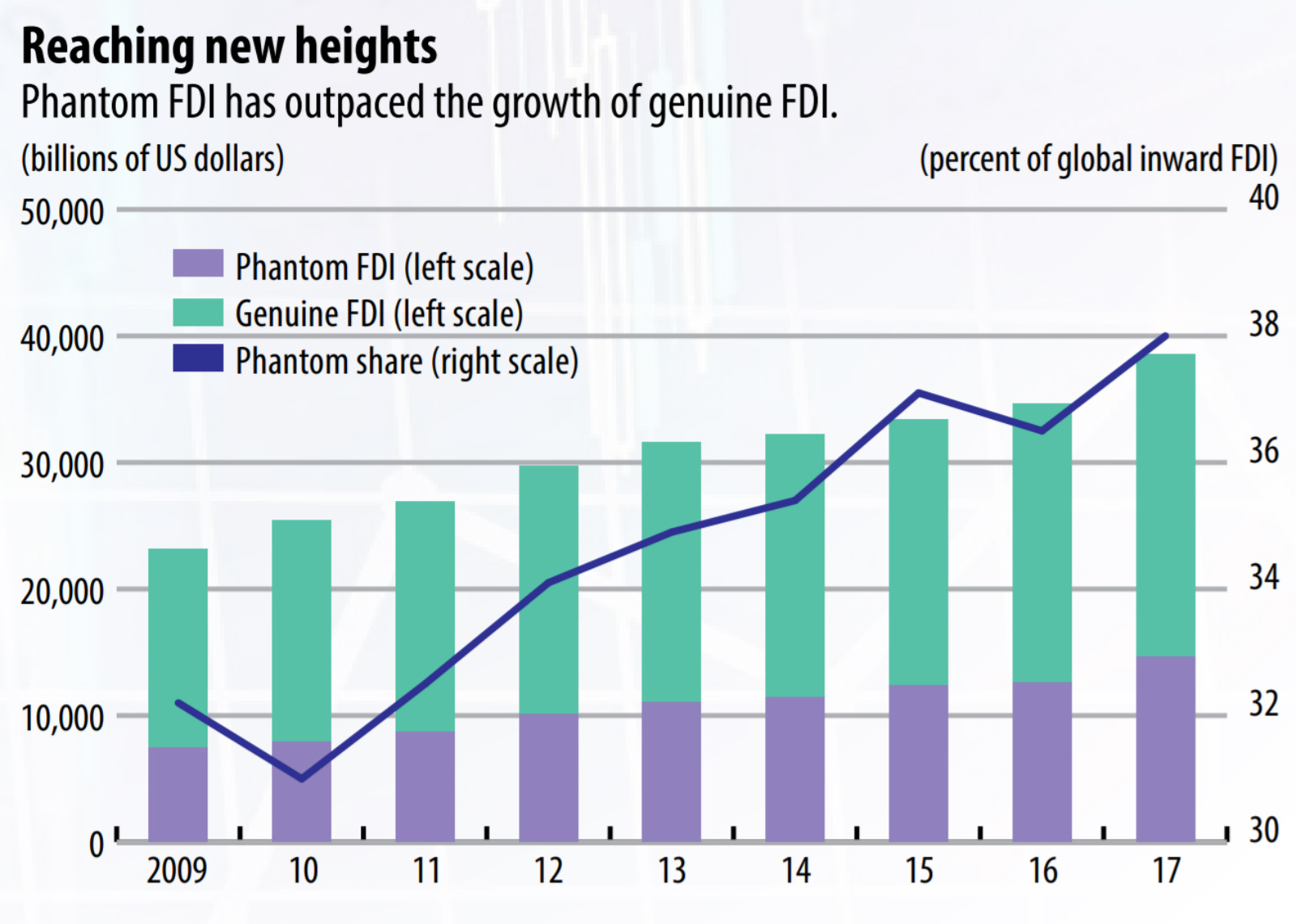 “Phantom” FDI accounts for over a third of global investment, and it’s growing: Almost 40% of all global foreign direct investment (FDI) is being funneled into shadowy structures designed to minimize the global tax paid by firms, a joint study by the IMF and the University of Copenhagen reveals. Of the USD 40 tn in FDI moving around the world, some USD 15 tn passes through “empty corporate shells” — known as “special purpose entities.” These allow companies to use FDI to finance subsidiaries, carry out holding activities and manage intangible assets, instead of investing in real business functions that create jobs, boost growth, and increase productivity. And despite international efforts to clamp down on firms shifting profits for tax purposes, phantom capital is growing as a share of overall FDI, having increased from 31% in 2010 to 38% in 2017.

Investment is clustered in a few tax havens: The vast majority of the world’s phantom FDI is in a handful of countries, with Luxembourg and the Netherlands hosting nearly 50%. Collectively, these economies and another eight — Hong Kong, the British Virgin Islands, Bermuda, Singapore, the Cayman Islands, Switzerland, Ireland, and Mauritius — hold over 85% of all phantom investments.

Beneficial to some, harmful to many: The accumulation of so much FDI in so few countries is partly the result of policies designed to attract FDI, the study says. In Ireland, for instance, the corporate tax rate has been cut from 50% in the 1980s to about 12.5% today, growing the country’s tax base, and increasing tax revenues as a share of GDP. In the Caribbean, financial contributions to the local economies by the “corporate shells” count for a significant share of GDP. For other countries, this only results in deprivation of investment and tax revenue. In July, we picked up an investigation by the International Consortium of Journalists that found that many multinationals are using the low tax rates and tax treaties in Mauritius to ship untaxed income out of Africa. Egypt is one of the countries missing out on tax revenue, with officials describing our treaty with Mauritius as having a crippling effect.