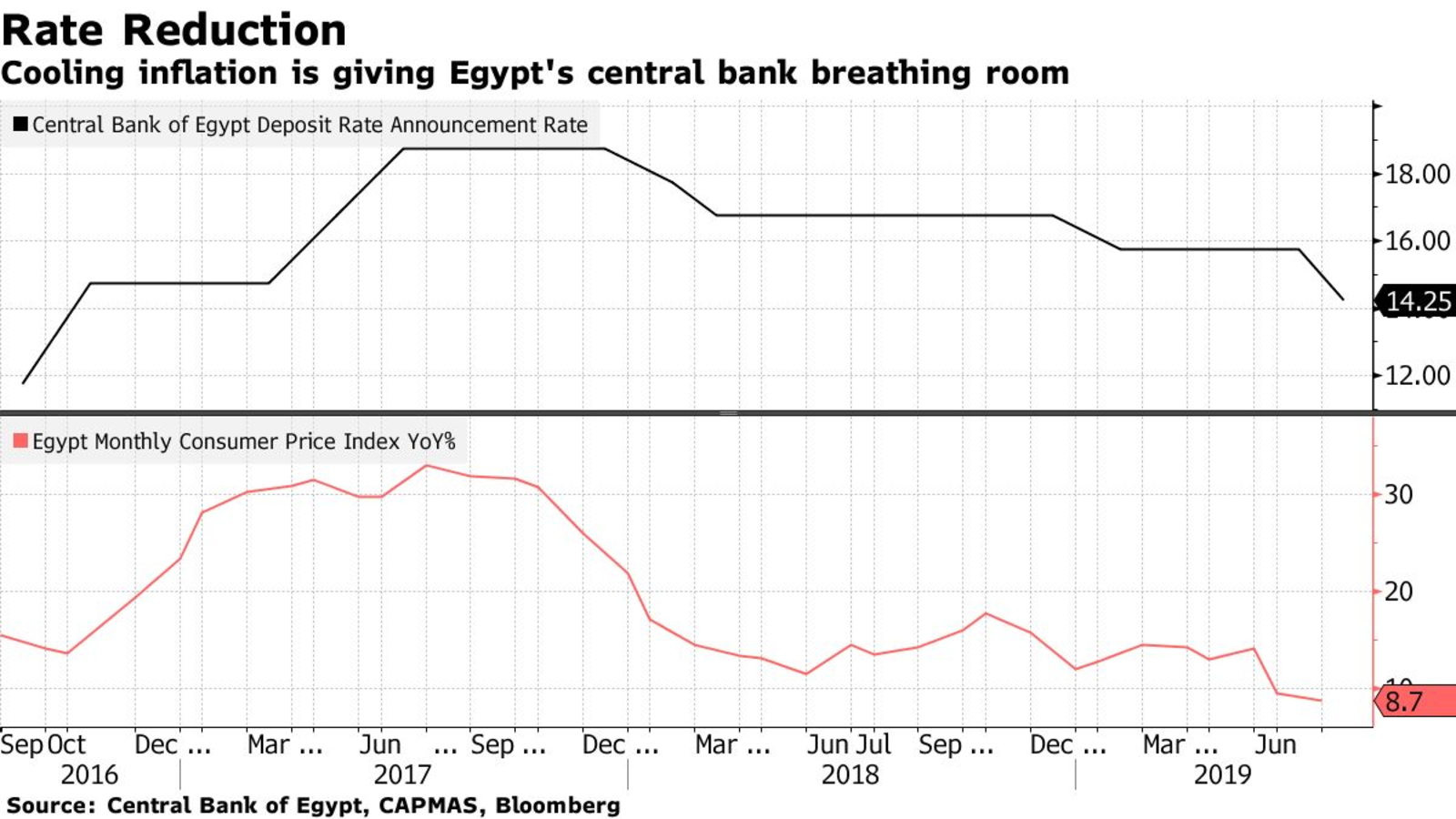 Where do rates stand this morning? The CBE’s overnight deposit and lending rates now stand at 14.25% and 15.25%, respectively. The main operation and discount rates were also cut to 14.75%.

This is in line with expectations, albeit a bit more aggressive than anticipated: Around three-quarters of economists we polled last week expected the central bank to push ahead with a 100 bps rate cut. Bloomberg and Reuters’ polls also had similar results, with only three of the 13 economists surveyed by Reuters and one of the 12 polled by Bloomberg accurately predicting a 150 bps cut. “It is a bit surprising in terms of magnitude, but looking at where headline inflation is, there was sizeable room to cut,” Ahmed Hafez, head of MENA research at Renaissance Capital, told Enterprise.

Easing cycles across emerging markets “probably made the MPC feel more comfortable” about pushing ahead with a rate cut, London-based research consultancy Capital Economics said in a note. “It’s notable that previous interest rate cuts in the current cycle — in early 2018 and early this year — came at a time when EM central banks had generally shifted towards loosening policy.”

The bigger-than-expected cut “will revive investment sentiment across the board,” Beltone Financial said in a note on Friday. According to Beltone, local investors in particular will be welcoming of the monetary easing, but fully unlocking CAPEX lending potential is contingent on another 200 bps rate cut. Our survey of nine companies across several industries earlier this year found that businesses are waiting for interest rates to fall within pre-float levels of 10-13% before ramping up capex borrowing.

Reducing pressure on the public purse: “The biggest beneficiary of taking this action is the public treasury,” chairman of the Egyptian Businessmen’s Association Ali Eisa said, noting that the government saves around EGP 60 bn each year for every 100 bps cut.

Is this the start of a steady easing cycle? It depends on inflation: “The path for future policy rates remains a function of inflation expectations, rather than of prevailing inflation rates. Accordingly, the pace and magnitude of future policy rates adjustment will continue to be subject to confirmation that inflation expectations are anchored at target levels that are consistent with disinflation and price stability over the medium term,” the CBE’s statement reads. Hafez anticipates that inflation could rise back to around 12% by the end of the year, and forecasts another 100 bps cut in the final quarter.

… And global conditions: “The MPC’s decision to conduct another cut this year will depend more on external factors, especially the US Federal Reserve’s decision to ease monetary policy further, as the inflation outlook is expected to remain favorable, thanks to the end of fiscal consolidation measures,” said Mona Bedeir, senior economist at Prime Securities.