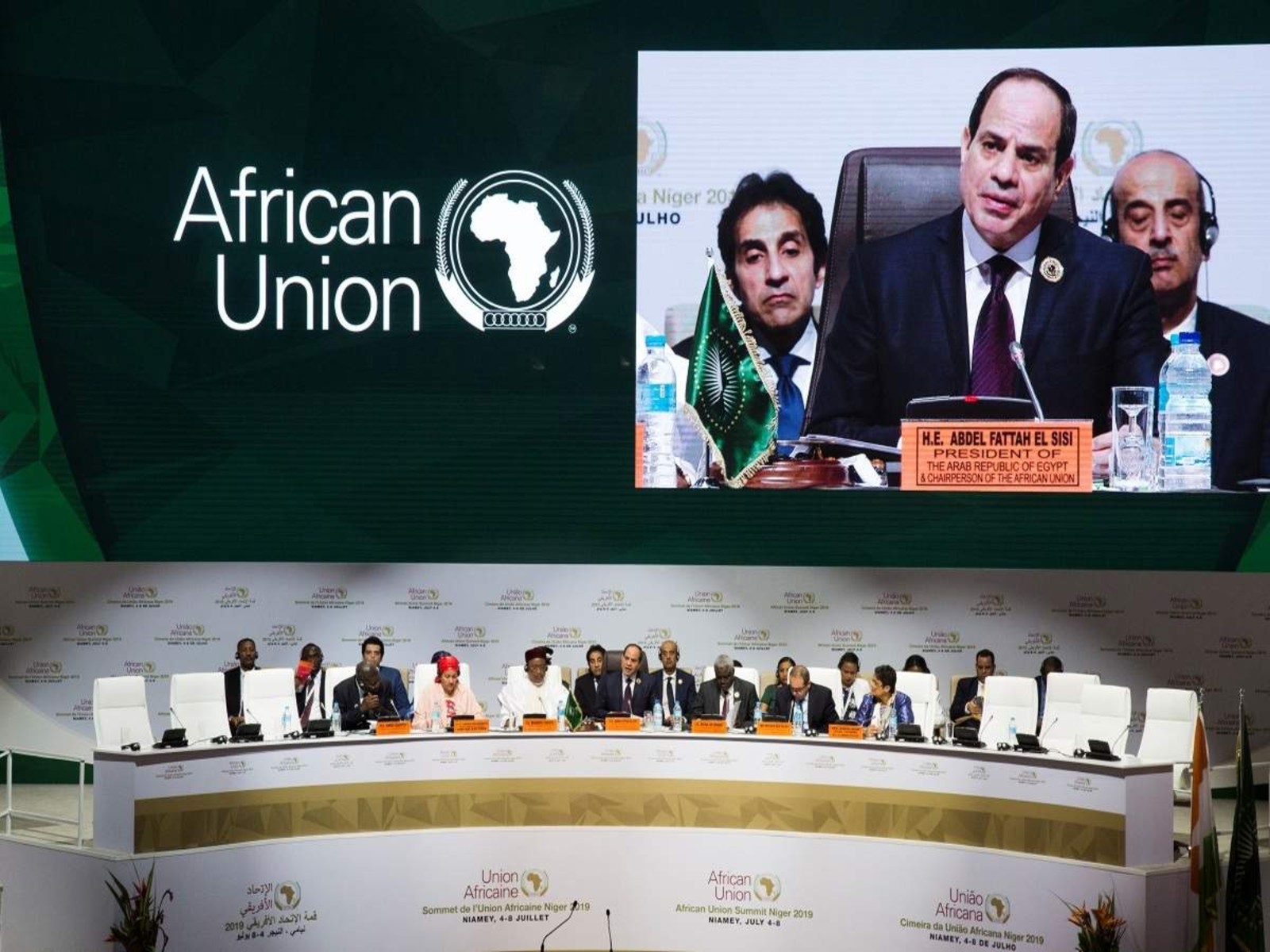 African Union launches African trade zone at Niger summit: The African Union (AU) formally launched the African Continental Trade Area (AfCFTA) at a two-day summit in Niger on Sunday, Reuters reports. The agreement to set up a USD 3.4 tn African economic zone comes after four years of talks. All but one of the 55 AU member states have now signed the accord, but only 25 have ratified it. Nigeria — the continent’s largest economy — recently agreed to participate in the zone and signed the agreement at the summit. Egypt and 43 other countries signed AfCFTA in March 2018.

The trade zone will see AU members eliminate tariffs on most goods to boost intra-regional trade and strengthen supply chains. This will potentially increase trade in the region by 15-25% in the medium term and as much as 52.3% in the long term. Intra-regional trade in Africa accounted for just 17% of exports in 2017, compared to 59% in Asia and 69% in Europe. The AU summit is expected to determine the trade zone’s headquarters, when trading will start, and exactly how the process will work. Seven member states, including Egypt, have submitted bids to host the AfCFTA headquarters, according to an AU statement released prior to the summit.

El Sisi hails the agreement: “The eyes of the world are turned to Africa,” President Abdel Fattah El Sisi, who chaired Sunday’s meeting, said during the summit’s opening ceremony. AfCFTA “will reinforce our negotiating position on the international stage. It will represent an important step.”

Egypt stands to be a key beneficiary: Countries with large manufacturing bases, including Egypt, South Africa, and Kenya are poised to be net beneficiaries of AfCFTA. Being able to quickly expand outside of their usual export markets will give them an advantage over manufacturers from other countries. The removal of tariffs will also enable Egypt to import raw materials at lower costs from within Africa, rather than having to look further afield, and Egyptian cotton is expected to be in high demand throughout the continent.

But substantial challenges remain: Growth and integration have been hampered by poor infrastructure set up to serve trade outside the continent, along with bureaucracy and corruption. The IMF has warned that “reducing tariffs alone is not sufficient,” and that these other issues must be tackled if AfCFTA is to succeed. Negotiations have also been hindered by the disparity in economic weight and motivation between countries. Over 50% of the continent’s cumulative GDP is contributed by Egypt, Nigeria and South Africa, and only 1% comes from the six sovereign island nations. Although Egypt and South Africa stand as two of AfCFTA’s largest beneficiaries, Nigeria is likely to see far fewer immediate gains.