Inflation is driving the conversation on the economy today after news that annual headline inflation rose to 14.1% in May from 13% in April, dampening hopes for an interest rate cut. With fuel and electricity subsidy cuts expected by the end of the month, most research houses are calling an inflationary spike in 3Q2019 followed by a cooldown in 4Q2019.

How much of a spike can we expect?

Expect lots and lots of news on the legislative front from now until the end of this month and maybe into July. Why?

The House is getting angsty about summer recess: Like procrastinating college students trying to get their papers in before summer vacation, our elected representatives are rushing to push through new bills and amendments to existing legislation before they hit the beach in Sahel.

Lots of business-relevant legislation came up for discussion yesterday, among them the stamp tax, the Investment Act, the Capital Markets Act, as well as pensions increases. We have chapter and verse in this morning’s Speed Round, below.

The next hot item for the House will be the FY2019-2020 budget. Look for plenty of news from House committees next week before the general assembly reconvenes on 22 June.

The earliest the House can recess is 1 July (each session lasts a minimum of nine months) and MPs are constitutionally required to be back in their seats by the first Thursday in October for the fall session.

Among the events you may want to mark on your calendars before you head off for summer break:

Egypt is definitely attending the Trump-Kushner Palestine economic summit in Bahrainlater this month. OK, so we pretty much knew this already, but now we have official confirmation courtesy of US officials. Reuters has more on the gathering, slated to run 25-26 June.

The G20 summit will take place in Japan on 28-29 June. Not Egypt-specific, but worth breaking out the popcorn to observe from afar — and fear how markets will react.

Are we seeing an economic recovery in the UAE and Saudi? The May purchasing managers’ index for both Saudi Arabia and the UAE showed each of the major Gulf players moving toward economic recovery. The UAE posted its highest reading (pdf) since October 2014 at 59.4, and Saudi its highest (pdf) since December 2017 at 57.3. Increases in oil prices and regional demand appear to be benefiting the private sector in both countries, but haven’t yet translated into more jobs or higher wages.

We’re getting pwned by the GCC on the PMI: As we noted yesterday, Egypt’s non-oil business activity contracted in May after having expanded the previous month for the first time since August 2018. The latest purchasing managers’ index fell to 48.2, down from 50.8 in April.

*** PSA- Speaking of which: The sadly indispensable website Have I Been Pwned is now for sale, its creator wrote yesterday. Have you never used Have I Been Pwned? Go run your email address through it now. 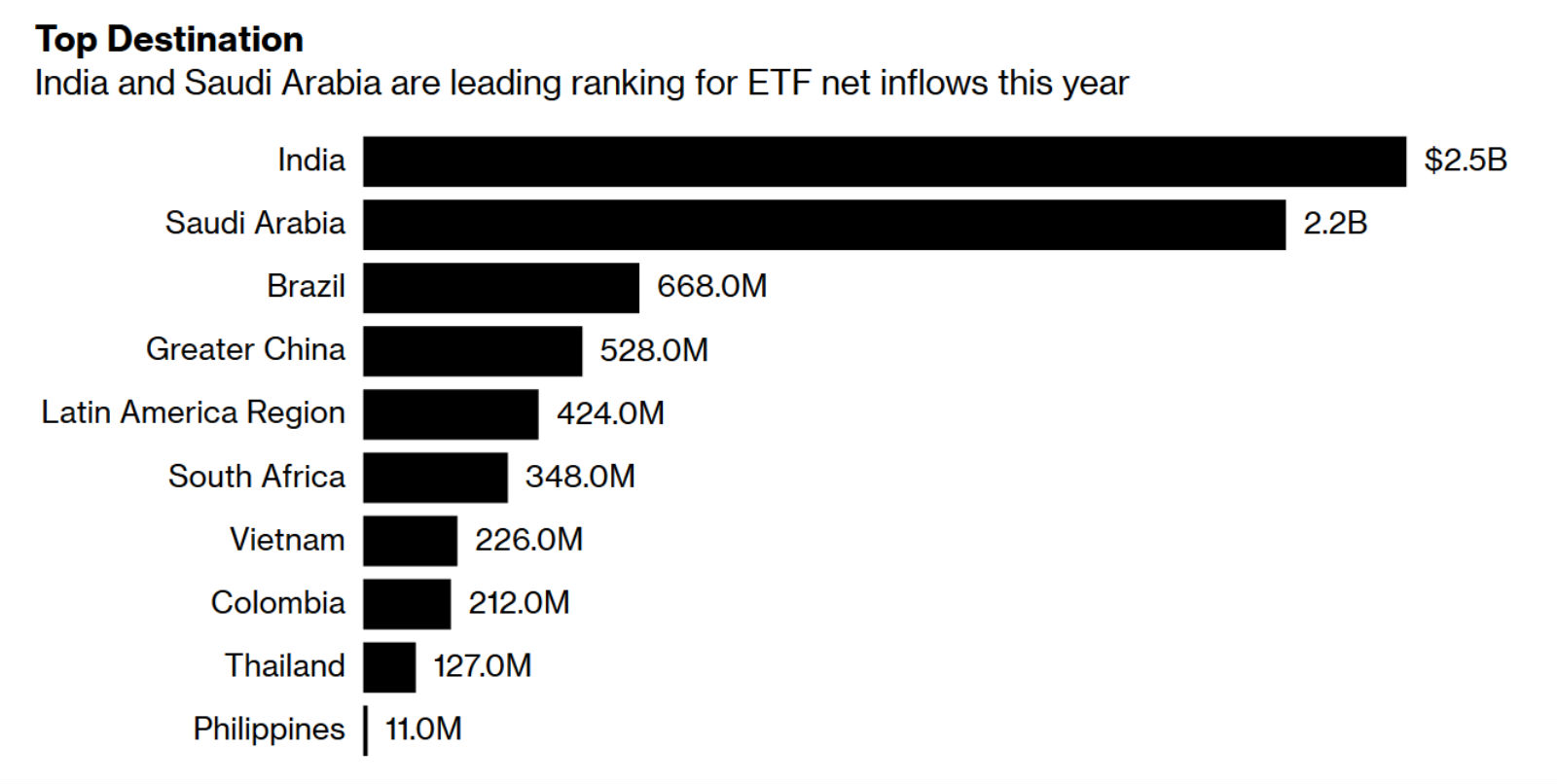 Passive funds are suckers for the Tadawul: Fresh off its inclusion in the MSCI and FTSE Russell EM equity indices, Saudi Arabia could soon overtake India as the biggest receiver of inflows into exchange-traded funds, Bloomberg says. The largest Tadawul ETF saw almost USD 910 mn of net inflows in May alone, pushing total ETF inflows into Saudi equities to USD 2.2 bn as of yesterday (compared to India’s USD 2.5 bn).

Investor relations directors (in the US) will have one less ESG survey to fill out after Paul Tudor Jones’ Just Capital agreed to use “metrics developed by the Coalition for Inclusive Capitalism in its rankings, which gauge US companies by the issues that Americans tell pollsters they care about more than shareholder returns,” the Financial Times reports. Our call for the next big business in ESG: The scramble to become The One Provider of Meaningful Certification to the investing community.

** Sign of the times: Extreme weather sends energy demand growth to a nine-year high, setting the stage for more climate change and … more energy demand. Go read the story in the Financial Times and then dig much deeper in BP’s Statistical Review of World Energy for 2019 (pdf), out now.

International headlines worth knowing about this morning: