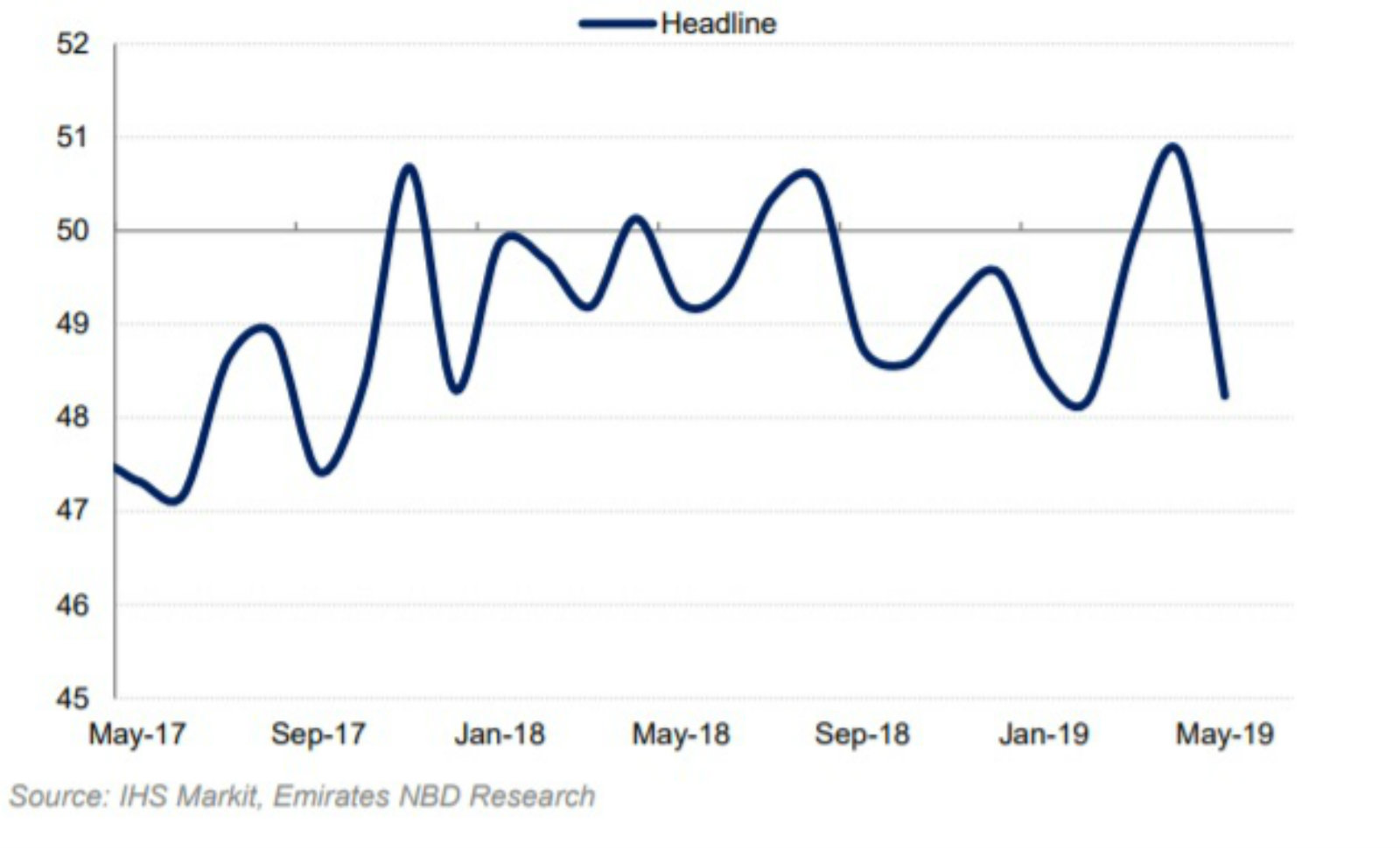 Non-oil business activity fell back into contraction territory in May: Non-oil business activity contracted in May after having expanded the previous month for the first time since August 2018. The latest purchasing managers’ index fell to 48.2, down from 50.8 in April, signalling "a moderate deterioration in the health of the sector after a slight improvement in the previous month," according to the Markit / Emirates NBD PMI gauge (pdf). A reading above 50.0 shows that business activity is expanding, while a figure below this indicates contraction.

Is lagging tourism the culprit? A decline in output and new export orders drove the index down in May. “New export orders contracted at a quicker pace, with respondents citing a deterioration in tourism activity,” the report noted.

Expect the contraction to continue: "While easing price growth in recent months – CPI inflation fell to 13.0% y-o-y in April – has offered some respite, upcoming subsidy reforms and a renewed pause in the CBE's cutting cycle mean that conditions remain difficult for private firms," said Daniel Richards, MENA economist at Emirates NBD. “The private sector has continued to bear the brunt of ongoing reform economic efforts in Egypt, and will likely remain over pressure over the summer period,” he added. Firms are expected to continue with discounts to shore up demand, they added.

There is cause for optimism though: “Although private Egyptian companies will remain under pressure over the summer months, we maintain our outlook that conditions will improve. Stronger GDP growth should bolster demand, and some of the more difficult economic reforms are behind them,” the report noted. Survey respondents share our view, with 38% anticipating an increase in activity over the year.”