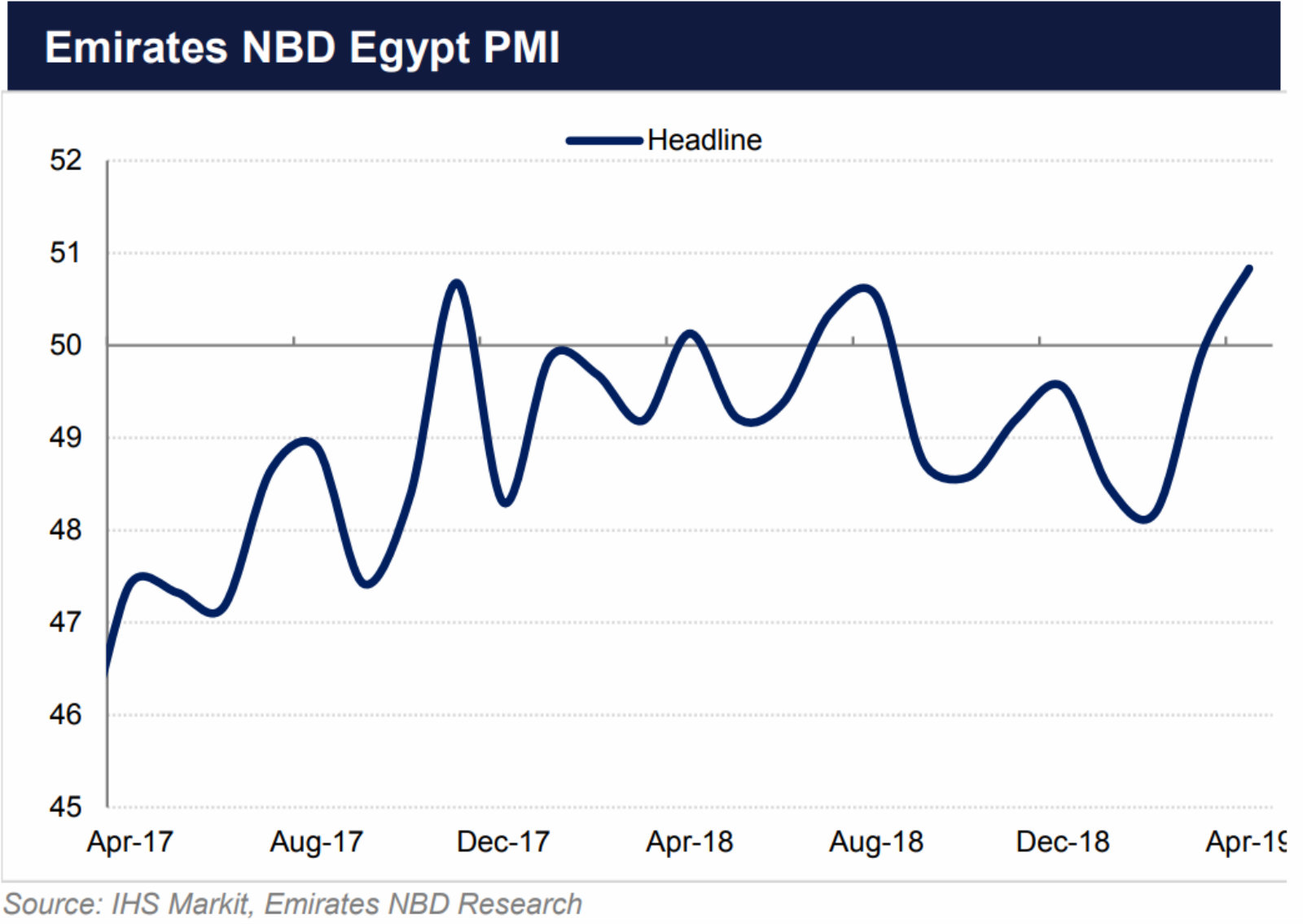 Non-oil business activity expanded for the first time in eight months in April, driven by a rise in domestic orders, according to the Markit / Emirates NBD PMI gauge (pdf). The latest purchasing managers’ index hit 50.8 in April up from 49.9 in March — the largest monthly increase since August 2015.

Making sense of the index: A reading above 50.0 shows that business activity is expanding, while a figure below this indicates contraction.

Output entered positive territory for the first time in 18 months, but remains largely driven by domestic orders. Export orders continued to contract but staged a slight recovery from March. “Firms appear to be shoring up domestic demand by price discounting — output prices dipped back below 50, the third time this year they have declined.”

Rising demand was spurred by price discounting, leading output prices to contract for the third time this year. This, combined with rising input prices, is likely to put pressure on margins over the coming months.

Survey respondents “appear to be more confident with regards [to] future conditions,” Emirates NBD writes, noting that the number of firms expecting output to be greater over the rest of the year is greater than those with a positive outlook during the previous month. “This greater optimism is reflected in their hiring, as employment returned a reading above 50.0 — albeit marginally — for the first time since 2015.”