Egyptian electricity to flow into Syria, Iraq in the near future

Egypt to export power to Syria, Iraq in the near future: The Electricity Ministry has confirmed plans to export electricity to Syria through Jordan and is also looking at growing electricity sales to Iraq, unnamed government sources told the local press. The plans will proceed after the government extends the capacity of our existing link with the Jordanian capital to 1 GW this year from a current 450 MW. The new capacity will then feed into Syria and Iraq. The extension would see the price of power exchanged with Jordan fall by c. 15%, but increase our receipts from the link to USD 50 mn a year, up from a current USD 20 mn, the report suggests. A later phase would double the capacity to 2 GW.

Background: The Egypt-Jordan electricity link is part of a larger project to link Egypt’s grid to Libya, Palestine, Syria, Lebanon, Iraq, and Turkey. Together, the links were referred to at some point by the Jordanian government as the “Eight Countries Electric Interconnection Project.” The project has been in the works for years, with major parts of it already completed. It is partly funded by the Arab Fund, and its completion is one of the keys to our bid to become a regional energy hub. 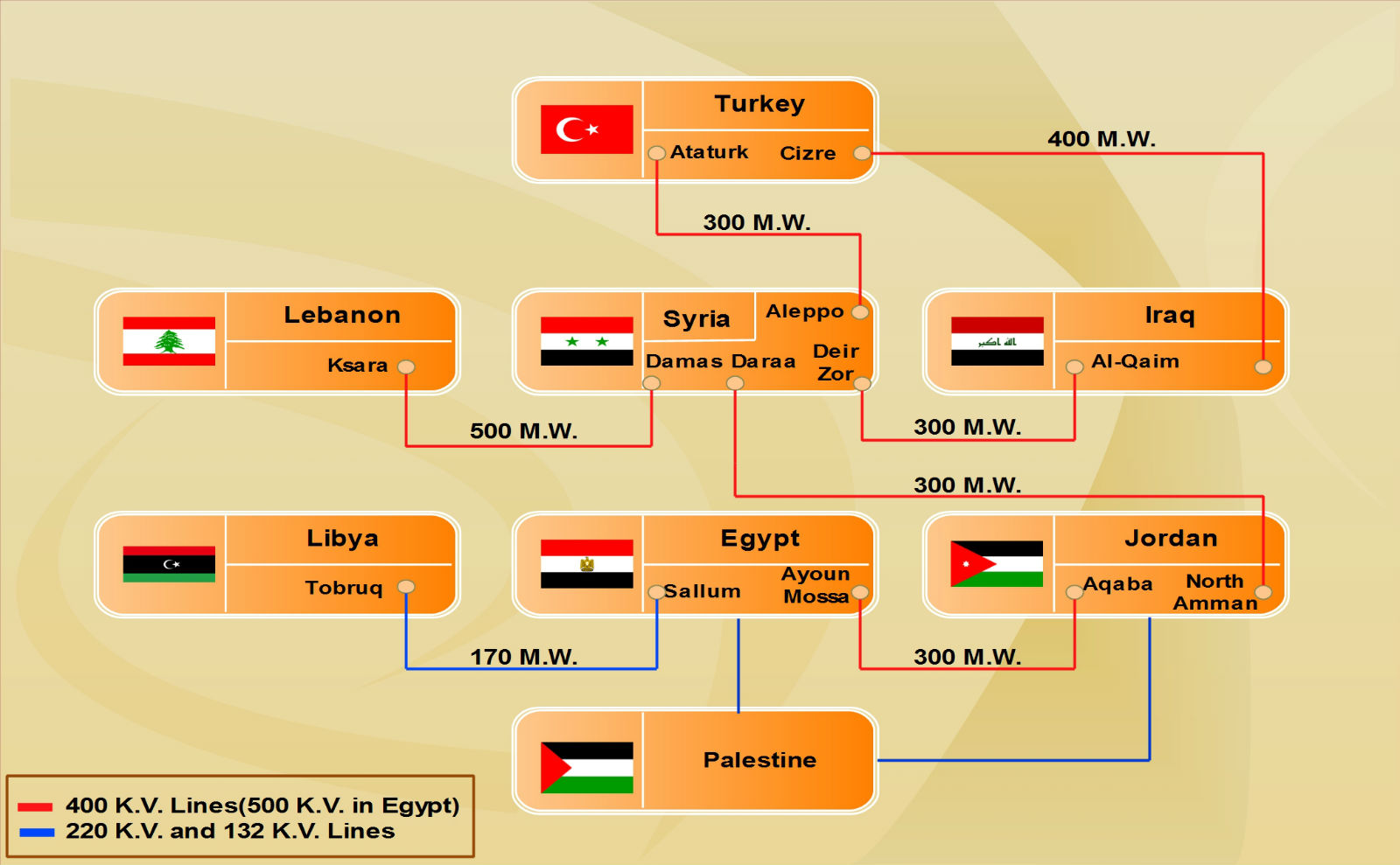