CBE to start loosening monetary policy “soon”: The central bank plans to start easing monetary policy “soon” once it is sure that inflation is under control, CBE Governor Tarek Amer said at a press conference on Tuesday on the sidelines of the Seamless North Africa digital and fintech conference. “We want to make sure inflation is under control before we move so we don’t have to go back,” Amer told reporters. Since inflation rates began to dip significantly, with monthly inflation falling to -0.2% in December, speculation has been rife about when the CBE will begin easing interest rate restrictions. The general consensus among economists appears to be that the central bank will take a cautious approach and bring rates down no more than 500 bps by year’s end.

All eyes now turn to two events over the coming week: CAPMAS’ report on inflation for January, expected sometime this week or early next, and the central bank’s Monetary Policy Committee meeting a week from Thursday.

Amer also said that FX inflows into Egypt since the EGP float have climbed to USD 100 bn, according to Bloomberg.

Also speaking at the conference was CBE Sub-governor Lobna Helal, who said that the central bank will be working this year to build a structural model that fosters collaboration between fintech startups and established banks, which will allow the industry to make more products and services available. 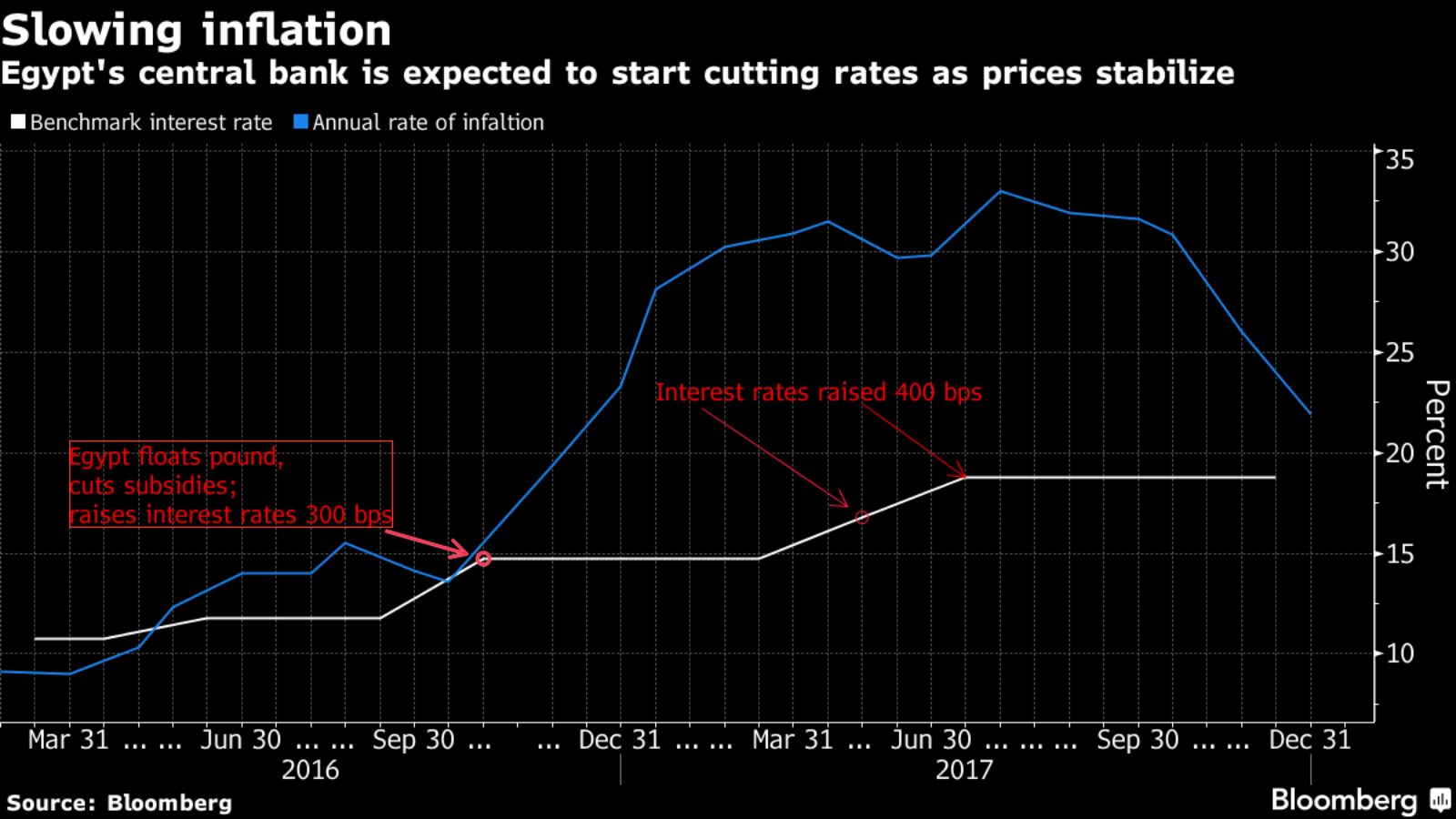