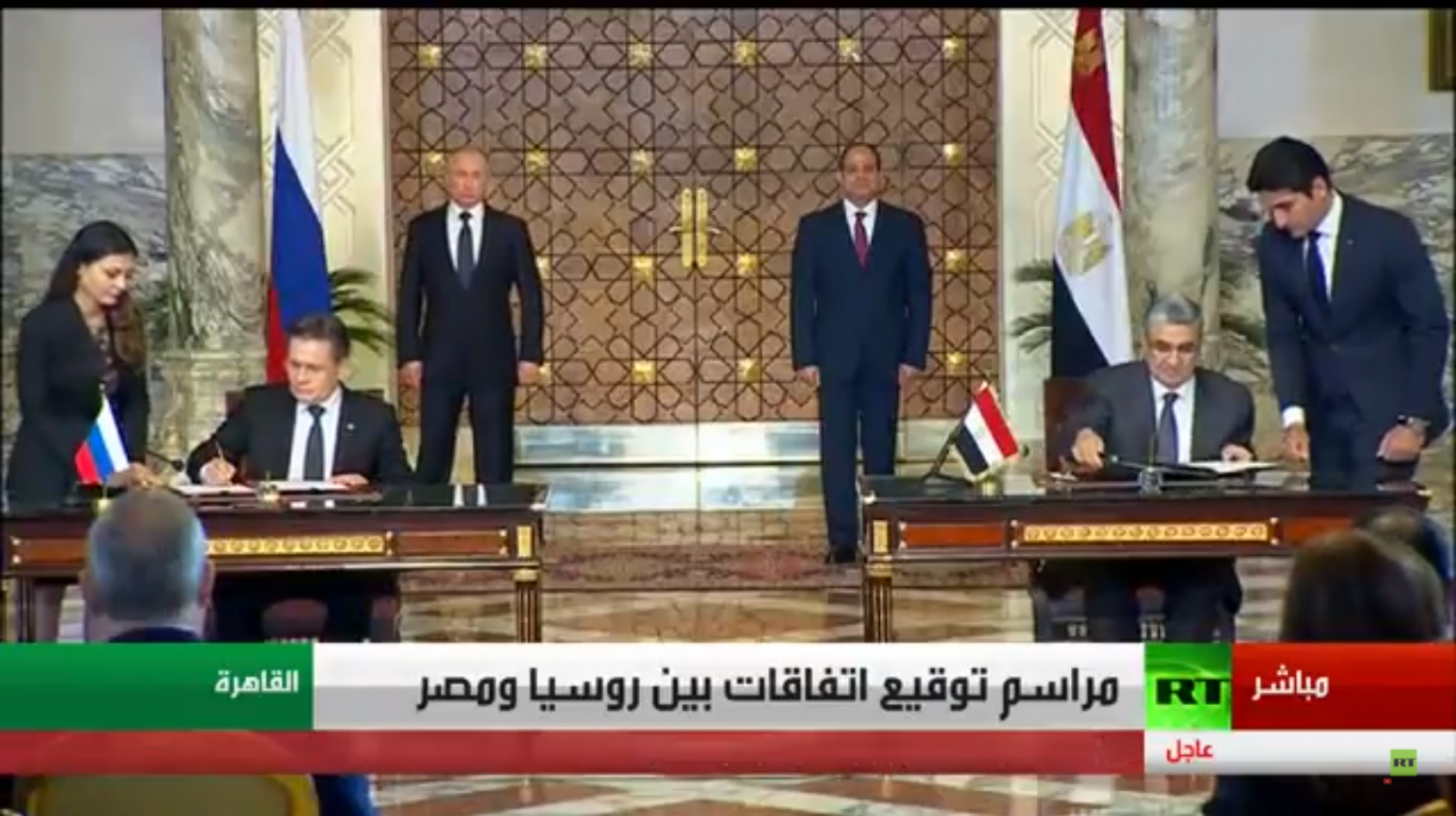 It seems we have signed contracts for the USD 20+ bn Dabaa nuclear power plant, but direct flights from Moscow to Cairo aren’t back yet: President Abdel Fattah El Sisi witnessed the signing of “the notices to proceed [with] the contracts” for the construction of the Dabaa nuclear power plant following his summit with Russian President Vladimir Putin, who arrived in Cairo on Monday, according to a statement from Russian nuclear power company Rosatom (pdf), which will be constructing and operating the plant. Electricity Minister Mohamed Shaker also signed contracts for the facility’s fuel at a ceremony following the summit (watch, runtime: 28:46). NTPs by definition imply that contracts are signed, so it seems we’re about to become a nukuler power.

Rosatom says the nuclear power plant in Dabaa would cost up to USD 21 bn and is expected to be completed by 2028-2029, according to Sputnik. Commercial operations on the first nuclear reactor, with a generation capacity of 1.2 GW, should begin in 2026, Electricity Minister Mohamed Shaker tells Al Borsa. The remaining three reactors will come online over the following two years. Egypt had approved an agreement for a loan from Russia to cover the cost of the project. The loan would cover 85% of the construction costs and the company would service the plant’s four reactors for 60 years, Rosatom Chairman Alexei Likhachyov says. Egypt will begin repaying the first instalment on the loan in 2029, according to Shaker.

No agreement on restoring flights yet, only some encouraging words of a possible February deadline: Russia is “ready in principle” to resume direct passenger flights to Egypt and an “agreement is expected to be signed in the near future,” Putin said after meeting with El Sisi, according to Russia’s Sputnik. Putin added at the Dabaa signing ceremony that Egypt had made “great efforts” to bolster security at its airports. His encouraging statements follow those by Russian Transport Minister Maxim Sokolov, who told reporters earlier yesterday that he expects Russia to resume flights to Egypt by February. According to Sokolov, the date by which the relevant intergovernmental protocol could be signed “depends primarily on the Egyptian party. We will be ready to do this already this week,” the minister said, according to TASS.

As for the Russian Industrial Zone (RIZ), Putin said he expects Russian investments there to reach USD 7 bn after generating the interest of some of Russia’s leading corporations. The zone will be Russia’s main conduit to export goods to the Middle East and Africa, according to Sputnik. There was no statement given on when an agreement on the zone will be signed.

Regional politics and security also featured prominently during Putin’s sit-down with El Sisi. The two agreed to expand cooperation and information sharing on security and terrorism, said El Sisi. He called on states to take further measures to halt the movement of suspected terrorists, who are looking for a home after their “Caliphate” had been extinguished in Iraq and Syria. As for the Trump administration’s peculiar Middle East strategy of sidelining the Palestinians from Jerusalem and then offering a peace plan, Putin said that any steps that pre-empt a possible agreement between Israel and the Palestinians are counter-productive and destabilizing. He welcomed the Egypt-mediated reconciliation talks between Hamas and Fatah.

There was no news of arms sales to Egypt that had been expected by defense analysts. Russia has grown to stand as Egypt’s leading supplier of military hardware after the United States. Russia and Egypt had signed an agreement back in November giving the countries access to the other’s airbases. Putin left Cairo for Turkey to discuss Syria’s future after he ordered a (partial) drawdown of Russian troops in Syria yesterday. Putin had made an announcement during a pit-stop to a Russian airbase in Syria before landing in Cairo, TASS reports.