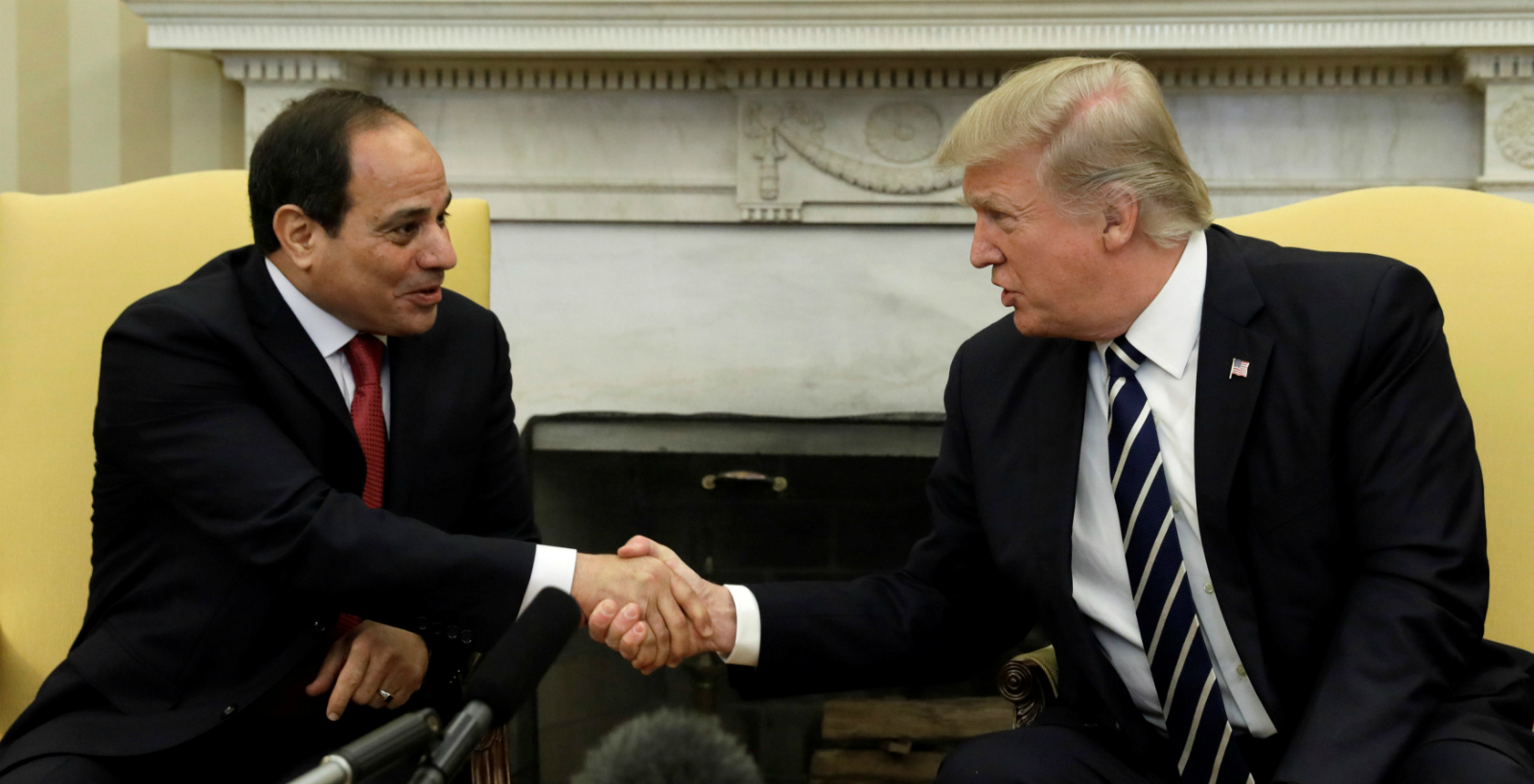 Egypt and the US: the Reboot: President Abdel Fattah El Sisi and US President Donald Trump had a busy day of closed door meetings on Monday that was preceded by a brief joint press conference (watch, runtime 7:32) in which the US president declared that Egypt “have a great friend and ally in the United States and in me.” Trump commended El Sisi for doing a great job at a difficult time. El Sisi returned the compliments.

It remains unclear whether Egypt will see new military or economic assistance. Both leaders expressed their desire for further cooperation on security, with Trump promising to remain supportive of the other’s counter-terrorism efforts and attempts to achieve regional stability. However, Trump did say that the United States and Egypt "have a few things" they do not agree on, which we’re taking this as a suggestion (at least) that the White House isn’t in a rush to designate the Ikhwan as a terror group. A US official speaking to Reuters said that Egypt is going to be disappointed because El Sisi wants more assistance and he’s not going to get it, adding it is not yet clear whether US assistance to Egypt would be cut under Trump’s proposed cuts to foreign aid spending. Foreign Minister Sameh Shoukry told Youm7 that continued military aid is in the interest of both countries.

Don’t expect the White House to say much more than it already has: White House Press Secretary Sean Spicer was adamant on keeping the meeting private. (Watch Spicer’s full briefing, which is always entertaining, or skip straight to this part here where questions are asked about why human rights issues are being pressed less publicly than during the Obama era.) What Spicer did say, at the beginning of the briefing: “With respect to today, the President, as you know, welcomed President Al-Sisi of Egypt to the White House this morning. The two Presidents had an honest discussion focused on areas of cooperation. The President made clear that this is a new day in the relationship between Egypt and the United States, and the President affirmed his strong support of the Egyptian people. It was a candid dialogue during which they discussed both areas of cooperation and of concern.

Behind closed doors: Beyond the expected talk of terrorism, El Sisi, Trump and US Secretary of State Rex Tillerson discussed a number of key regional issues. El Sisi pressed hard on his doctrine of “sovereignty and non-interference” and advanced the Arab plan for the resolution of the Israeli-Palestinian conflict, which centers on a two-state solution, according to an official statement from Ittihadiya picked up by Al Mal. Expect to see more talks on these fronts in the coming months, the statement added.

Will investment and not aid be used to build stronger economic ties? Investment Minister Sahar Nasr pushed the investment file forward, promised to encourage investment in energy, agriculture, and telecoms. Nasr also said that Egypt told Trump that it is interested in seeing more US investment in the Suez Canal Economic Zone. El Sisi and his delegation held a roundtable discussion with representatives from over 60 major US corporations to discuss progress in Egypt’s economic reform agenda and invite them to explore potential investment opportunities, Al Borsa says. The Egyptian President also sat down with the CEO of the US Chambers of Commerce Thomas Donohue, according to Youm7.

…On a related note, Trade and Industry Minister Tarek Kabil is reportedly in talks with US officials to add areas of Upper Egypt to the Qualifying Industrial Zones agreement after having recently included Minya and Beni Suef, Al Shorouk reports. The agreement gives Egyptian products preferential access to the US market provided they have a specified minimum Israeli component.