Enterprise talks to: Samaila Zubairu, president and CEO of the Africa Finance Corporation 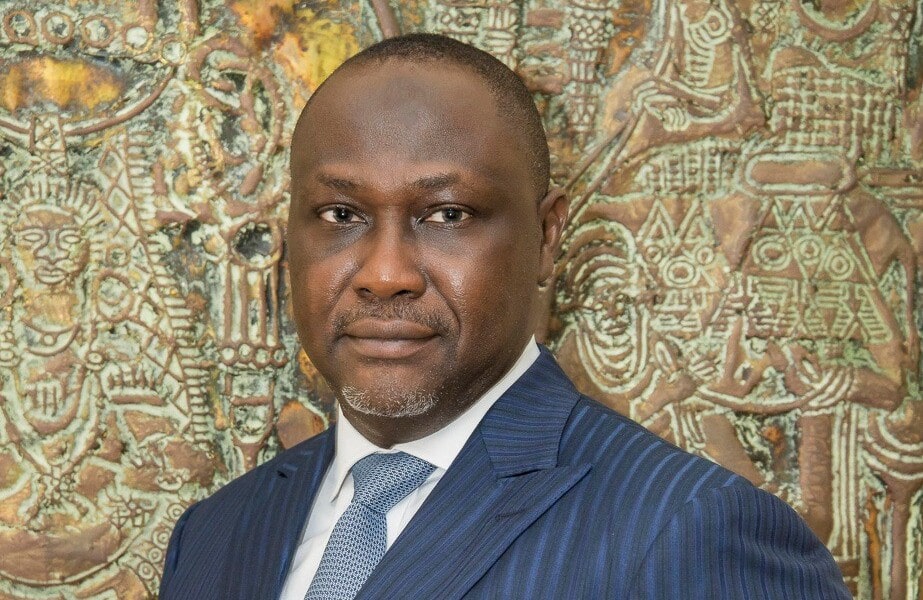 Enterprise talks to: Samaila Zubairu, president and CEO of the Africa Finance Corporation: Established in 2007, the Africa Finance Corporation (AFC) is a pan-African financial institution that focuses on upgrading the continent’s infrastructure. The lender has channeled more than USD 10 bn into projects in 35 countries since its founding, and while it hasn’t been that active in Egypt, this could change in the years ahead. The AFC could be ready to allocate more than USD 1 bn to Egyptian infrastructures in the coming years.

AFC President and CEO Samaila Zubairu is in town this week to discuss its investment plans with Egyptian officials. During talks yesterday, Planning Minister Hala El Said floated the idea of the AFC collaborating with state-owned vaccine maker Vacsera to distribute its covid-19 vaccines, and discussed proposals to work with the Sovereign Fund of Egypt in a number of areas including renewables, desalination, housing, and railcar manufacturing.

We sat down with Zubairu this week to talk about Egypt’s membership in the AFC, how much investment the corporation is looking to deploy in which sectors, the country’s infrastructure gaps and how Africa can harness the global move towards renewable energy.

The Cabinet has already approved Egypt’s membership in the AFC, so now it just needs to be ratified by the parliament. The talks we are having now are informal, but once the membership is ratified, there will be a formalized framework for engagement. This will include devoting more time to agree on a country strategy for Egypt and increasing the investment ticket sizes. Previous AFC investments in Egypt, such as in the Egyptian General Petroleum Corporation (EGPC) and Carbon Holdings, were below USD 100 mn, but once the membership is ratified, these ticket sizes can be much larger. The faster that happens, the faster capital can be unlocked.

Renewables, storage, logistics and transport are high up on this visit’s agenda. We met with the petroleum, planning and electricity ministers so far, and the Central Bank of Egypt (CBE). We have put forth some proposals to the government on how we can support their aspirations to improve the country’s infrastructure, specifically in the transport and logistics space. We are engaged with several ministries on how AFC can really be a partner for Egypt in consolidating on the gains of its economic performance last year, which grew faster than most countries, including China.

We are also talking to private sector players looking to expand their renewable energy and storage business streams in Egypt and Africa. Potential upcoming meetings include stakeholders in the renewable energy, construction, logistics and green hydrogen sectors.

The AFC can potentially support Egypt with investments worth over USD 1 bn, based on our typical risk metrics, the size of Egypt’s economy and the priority sectors identified by the government. Each country gets assigned a certain investment limit based on those factors, which is constantly updated. The risk metric includes ease of doing business, track record of contract enforcement, rule of law and so on. When Egypt’s membership is ratified, we can clearly do much more than that.

Potential investments worth over USD 600 mn have already been identified. We’ve identified projects worth USD 400-500 mn so far in the private renewables, transport, logistics and natural gas sectors. On the government’s side, we are looking at USD 250 mn to support transport and logistics projects.

Mobilized investments after that can go up to 6x that amount: Once the AFC enters a project, it typically is joined by other investors who provide additional funding. Usually, a project’s financing depends on 20-30% of equity and 70-80% of debt. The fact that we can play across both spectrums with our partners, allows us to mobilize upto six times more capital.

AFC derisking makes the investments possible: The AFC derisks the project by reducing or defining the construction and completion risks. One way of doing that is putting the regulatory framework in place to ensure that the project’s concessions or tariffs are robust and can stand the test of time, as well as changes in government. This makes it easier for private partners to participate.

Egypt has more advanced infrastructure than other countries on the continent but there are still gaps. The country has plans to build new cities to decongest Cairo, and the government has a plan to accelerate industrialization by establishing projects such as economic zones. All of these plans can sustain the growth of the economy, but also require infrastructure, which we are ready to support. It’s a sector of continuous investment — the more infrastructure you develop, the more you need.

We are most excited about projects that increase the value-added of African commodities and minerals, and create jobs. We want to change the current focus of just exporting raw materials without any added value. What is consumed in Africa should be produced in Africa, so we don’t continuously export and re-import. Currently, Africa pays for the export freight of raw materials and for their way back after the value addition, which is unfair. Moreover, exporting raw materials also exports the jobs that are created for value addition.

When the AFC was established, Africa needed to spend about USD 20 bn on infrastructure for the next 10 years — this has since grown to USD 170 bn with the largest area of need being water and sanitation for which about USD 67 bn are required. Energy needs USD 50 bn, transportation and logistics USD 47 bn, and ICT USD 12 bn.

We constantly look for ways to make business in Africa less painful. We want to reduce the risk perception of the continent, which is slightly misplaced. Evidence shows that Africa is less risky in terms of default rate than the Middle East and Eastern Europe, for instance, and sometimes at the same risk level as Western Europe.

Why hasn’t the Africa trade agreement gotten off the ground? Africa-wide trade agreements are challenged by infrastructure deficits, travel restrictions, customs regulations and the lack of unified currencies or integrated payment systems. These gaps provide opportunities. For instance, the rise of digital currencies could aid in the development of a unified currency system. If it’s not a currency, then a unified payment system, like in Asia, could help.