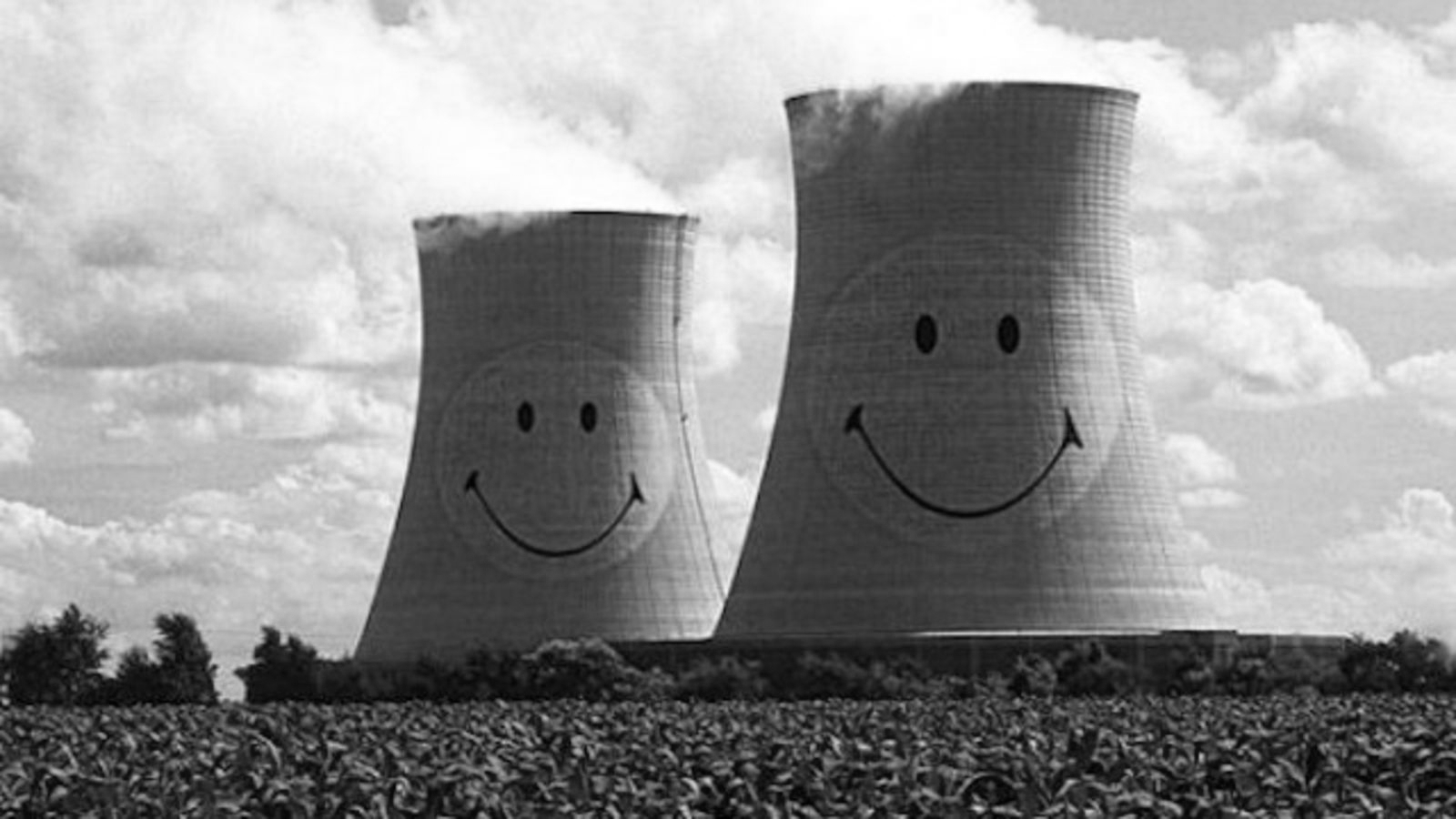 Dabaa: Egypt is entering the atomic age and here is your starter-pack 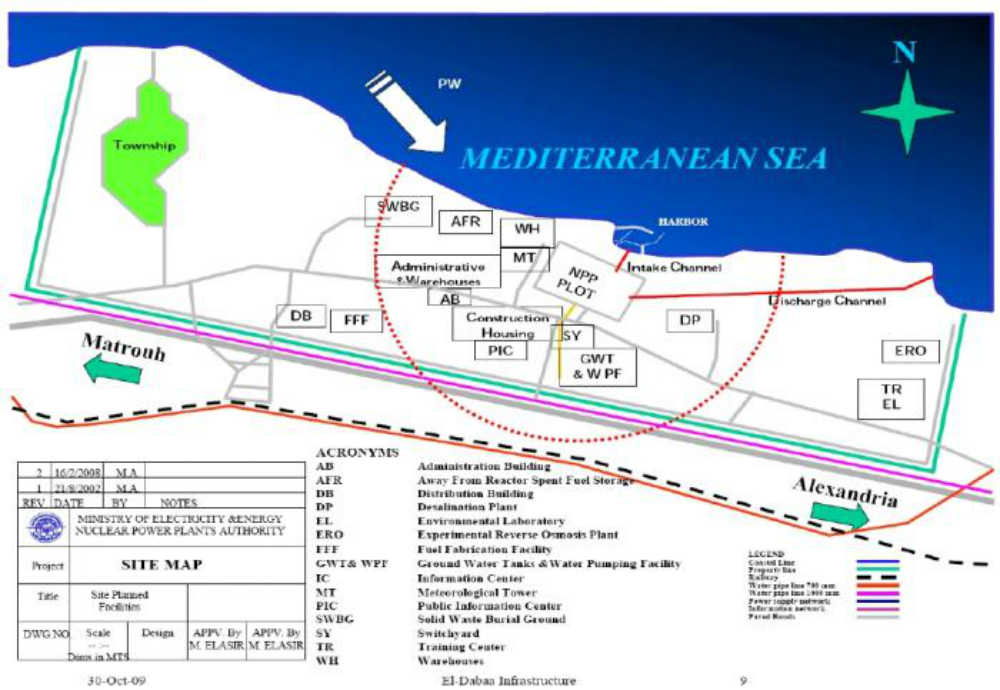 With Dabaa, Egypt is entering the atomic age and here is your starter-pack: Hate the idea or love it, Egypt is getting a nuclear power plant. The project is massive, with a maximum capacity of 4.8 GW of nuclear power, and built by Russia’s nuclear giant Rosatom at a cost of around USD 25 bn. Close to 85% of the project’s financed by a USD 25 bn loan from Russia, with Egypt scheduled to begin repaying the 3% interest (through biannual payments over 22 years) in October 2029. The remaining cost will be sourced locally by the Egyptian government, whether from the state coffers or through local banks. As Dabaa stands out as arguably one of the most controversial of the government’s ongoing megaprojects, we’ve decided to give a primer on where things stand with the project, as well as take a look at some of the criticisms levied against it.

The time frame: Construction is expected to begin around the second half of this year, and the first 1.2 GW nuclear reactor of four will begin operations in 2026. The remaining reactors will be up and ready by FY2028-2029. The first phase of a factory to produce uranium compounds, set to service the plant, was completed by the Egyptian Atomic Energy Authority earlier this month.

Where does the project stand now? The plant got its site approval last April from the Egyptian Nuclear and Radiological Regulatory Authority (ENRRA), but a separate construction license is yet to be issued by the authority, Electricity Ministry spokesperson Ayman Hamza told Masrawy last month. Utilities and Infrastructure were already completed, while fences are in place, and housing for workers and employees are under construction.

Expanded role of Rosatom: Rosatom will supply fuel to the reactors throughout the plant’s entire operational lifetime. Rosatom will also be conducting personnel training and will assist Egypt in the operation and maintenance of the plant for the first ten years of its operation. The Russian side, according to another contract, will construct a purpose-built storage and supply containers for storing spent fuel.

But there is some room for us: Egyptian companies will carry on at least 20% of the work on the first reactor and are expected to have a bigger role in the other three. Some 150 Egyptian companies were deemed by the government to be qualified to work on Dabaa, according to sources who spoke to Al Mal last year. An announcement that Rosatom is considering establishing factories with Egyptian companies to manufacture components for Dabaa also made headlines last October.

Currently, seven Egyptian and Russian companies have submitted bids to compete in a tender to further prepare the site for construction, launched by Atomstroyexport, a Rosatem subsidiary that is the project’s main contractor. Orascom Construction, Hassan Allam, Arab Contractors, and Petrojet, alongside another unidentified Egyptian company and two Russian companies are those in the running. Other local companies involved in the project include Sabbour Consulting, which signed an MoU with the Atomic Energy Authority earlier this month that effectively makes it the main technical consultant for the project. Atomstroyexport plans to launch 20 tenders for construction and management jobs, Anatoly Kovtunov, the Egypt director of Atomstroyexport told the local press in October. In total, the Russian company issued 10 tenders so far for civil works and procurement, Kovtunov separately said.

There’s room for foreign companies as well. The government signed a USD 200 mn contract with Australian engineering consultancy firm Worleyparsons in 2017 to provide project management consulting. General Electric's Power, meanwhile, will deliver four nuclear turbine islands to the projects at an estimated cost of USD 700 mn. ENRRA is also working with two foreign technical consultants, one based in Russia and another in the Czech Republic, to assist on the regulatory front, a source from the authority told Enterprise, but named neither company and didn’t state any contract values.

Dabaa is expected to cover 10% of Egypt’s electricity needs, ENRRA Authority spokesman Karim El Adham told Enterprise. It is based on a projection that Egypt’s electricity consumption will reach over 40 GW when Dabaa is up and running, from a current 30 GW. Rosatom also said the plant would ensure competitive electricity pricing in Egypt over a period of 60 years, and improve Egypt’s ability to make savings from cheaper electricity.

But critics have voiced concerns over safety. Fears of radioactive waste have pervaded the project since its inception. The Nuclear Power Plants Authority (NPPA), which will own and operate the plant, claims it will use “improved fuel technology with extended refueling intervals” to limit radioactive waste, as well as install “a double containment structure” to prevent radioactive leaks. “With today’s level of tech globally, handling nuclear waste became much cleaner and safer, El Adham said. Others, including Ragia Elgerzawy, health and environment officer at the Egyptian Initiative for Personal Rights, allege a lack of transparency from authorities with regards to the project.

We already have an electricity surplus. So why do we need more? Egypt’s current total installed capacity of around 40 GW, outstrips current consumption by 10 GW, El Adham says. However, we need to diversify sources of energy, and conserve fuel use for the high-value petrochemicals industry, he added.

More electricity is good for our ambition to become a regional energy hub: Egypt’s plan to emerge as a regional energy hub includes exporting electricity to neighboring countries. Our grid is currently with four countries — Jordan, Palestine, Libya, and (more recently) Sudan. The former Arab country is our biggest market, with an electrical connection capacity of 400 MW. We’re also finalizing an interconnection agreement with Saudi Arabia, which is due to be signed in May, and are party to a planned USD 4 bn EuroAfrica project to connect the electricity grids of Egypt, Cyprus, and Greece is also scheduled for completion by December 2022.

Nuclear may not be the most cost effective means, though: Eric Trager, fellow at The Washington Institute, wrote that the nuclear plant is “very cost-ineffective” compared to other energy projects Cairo has signed up for recently, like the Siemens combined cycle power plant and the Benban solar park. Dabaa also compares unfavorably with other nuclear projects in the region and increases pressure on foreign reserves during the repayment process.

There will be no definitive conclusion to the Dabaa debate: The debate over the risks-vs-rewards of nuclear energy is one happening in every nuclear country in the world. High costs, nuclear waste and the carbon footprint of extracting and transporting uranium is always being weighed against the energy generating capacity of nuclear, with varying countries changing policies with varying outcomes. Germany, for one, saw its carbon emissions rise significantly following the decommissioning of its plants after the Fukushima disaster. And while the debate remains inconclusive, Dabaa is a fact of life for us. The silver lining? The plant will help Egypt diversity its energy mix as we currently rely heavily on fossil sources (oil and gas). It will also give qualified private sector outfits a chance to take part, create jobs, which will ultimately promote economic activity and growth.

Your top infrastructure stories of the past week: