Just how bad is construction material pollution in Egypt? 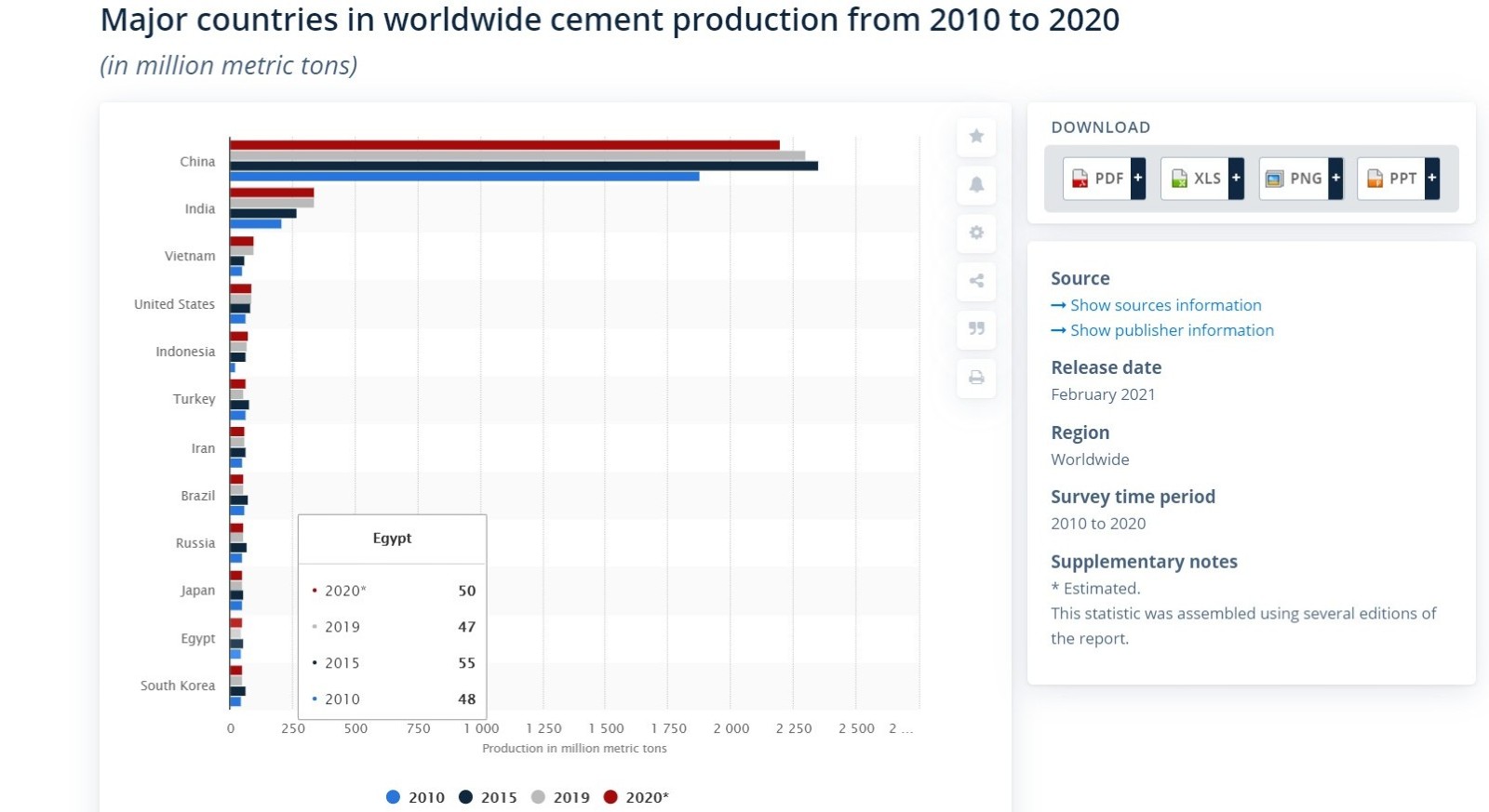 Just how bad is construction material pollution in Egypt? And which materials should we be worried about? Construction is a major contributor to air pollution, and as we know, Egypt’s pollution levels are dangerously high. The World Bank’s recently-greenlit USD 200 mn loan shows substantial (and expensive) steps are needed to improve air quality. Reducing the harmful impacts of construction material production is urgent. But to do this, we need to understand the scale of the problem, and which materials are most harmful.

Where’s it coming from? Globally, concrete is the worst offender. But steel, glass, red brick, paint, and solvents also play a big role. Concrete — of which cement makes up 10-15% of the mix — is responsible for some 4-8% of the world’s CO2 emissions. Only coal, oil and gas are greater sources of GHG emissions. An estimated 1.83 tons of CO2 is emitted for every ton of steel produced. Glass production is a major source of emissions, a Berkeley study (pdf) shows. Fired-clay (red) bricks are also very energy-intensive, according to a joint study (pdf) by BUE and several Scandinavian universities. Paint and solvents are major sources of volatile organic compounds (VOCs), which react with the air’s oxygen to produce ozone, the most toxic component of smog.

Egypt’s a top producer and consumer of some of these materials: Egypt was among the top 12 producers of cement from 2010-2020, producing an estimated 50 mn metric tons of cement in 2020, according to Statista. Egypt is the largest steel consumer in the MENA region, according to a 2020 OECD report (pdf). We produced 7.3 mn metric tons of steel in 2019, ranking 23 in a list of the world’s 50 top steel-producing countries in a 2020 report (pdf) by the World Steel Association.

We’re doing a poor job just keeping track of polluting construction materials: There’s no current official estimate for which construction materials are the most polluting in Egypt, sustainability consultant and Egypt Green Building Council board member Hoda Anwar tells Enterprise. “But we know from experience that cement and steel are the biggest contributors,” she says. A 2016 Egypt-Japan University of Science and Technology (E-JUST) study (pdf) notes a “remarkable shortage” of specialized studies of the Egyptian cement industry using Life Cycle Assessment (LCA) — a technique that assesses the environmental impacts of all stages of a product's life.

And construction is growing rapidly: Construction was termed one of Egypt’s “more stable sectors” by EFG Hermes in its 2021 Year Ahead report. Building construction was estimated to grow at 6.6% y-o-y from 2005-2030, according to 2018 Capmas figures. Our cement industry alone grew from four factories producing 4 mn tons of cement clinker a year in 1975 to 14 factories producing some 38 mn tons in 2016, the E-JUST study tells us.