Can modular classrooms be a solution to Egypt’s classroom shortage? 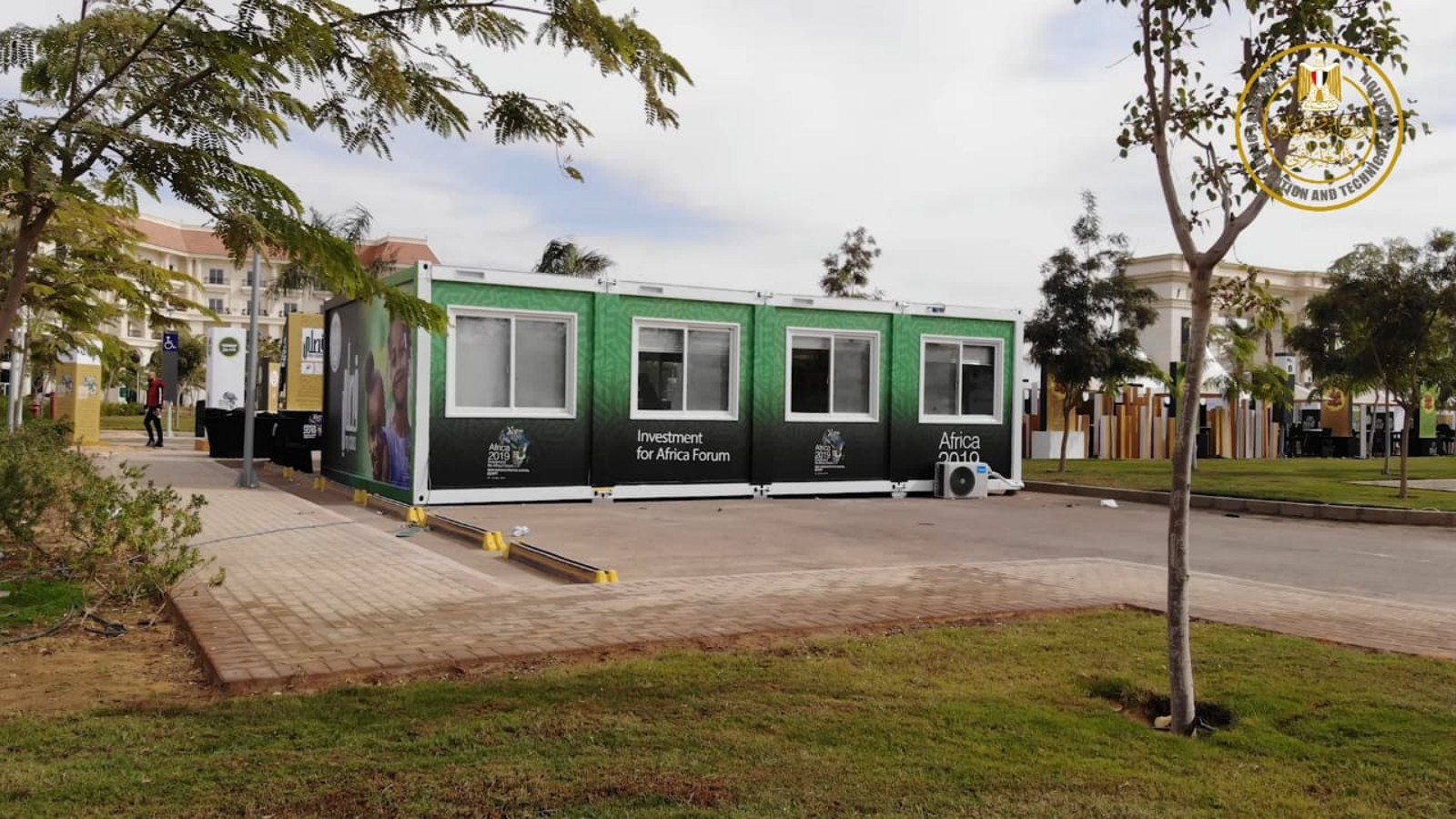 PROJECT PROFILE- How the Education Ministry is using modular classrooms to tackle classroom shortages: In mid-October of this year, a photo circulated that showed school children in Qalyubia sitting on the floor because there was no space in a classroom for them. The online outrage that ensued prompted Education Minister Tarek Shawki to discuss a major problem facing Egypt’s education system — a shortage of classrooms. Shawki went on El Hekaya (watch, runtime: 31:04) to explain that Egypt already had a shortage of 250k classrooms when he took office in 2017. The shortage has only increased since then as every year 800k new students join the school system and require 28k new classrooms, he added. Classroom shortage currently stands at over 300k classrooms across the country, he said.

As such, the ministry launched a program in 2019 whereby it would set up modular, easy to build and easy to dismantle classrooms. Its thinking is that these classrooms would be easier to build and would be equipped with the latest in smartboard technology. Today, we dive deeper into the program, explore where it is at right now, why we need it and how it can help solve the classroom shortage problem.

So what are modular classrooms exactly? Modular classrooms are mobile trailer-like structures that are either parked on school grounds or on a plot of land near a school. They’re similar to the caravans workers sleep and work in when they are on-site in places without land infrastructure such as the desert. The modular classrooms are equipped with electricity, AC, desks, and chairs — all with the aim of increasing the amount of space and seats for students in each school.

Where does the program stand today? So far, 156 modular classrooms were established as part of a pilot phase of the initiative with the first modular classrooms set up at Al Sayeda Khadija Official Language School near Maadi, sources at the ministry told Enterprise. Chinese firm NetDragon Websoft Holdings is providing Egypt with these modular classrooms, which they call Intelligent Classrooms, as part of a strategic partnership between Egypt and China, according to the company’s press release.

The Education Ministry is planning to establish 3,125 modular classrooms during the current academic year to accommodate 141k students, the ministry sources added.

Modular classrooms are a lower-cost alternative to building physical classrooms, the sources told us, but we couldn’t get a specific price tag for each unit. Modular construction in general allows for spaces that are easy and fast to transport, install, and adapt. Want to know more about modular building? We go into more detail about this building technique in our story for Hardhat.

And with the current state of our education spending and classroom shortage, these classrooms could be necessary. Each classroom costs EGP 500k on average to build, which means Egypt requires a budget of more than EGP 150 bn to meet the current student density, Minister Shawki had said. Egypt’s total budget for the education sector for FY2021-2022 amounts to EGP 110 bn, with only EGP 12 bn earmarked for infrastructure investments, he explained. The average number of students in each classroom is 49, according to statistics (pdf) published by the Education Ministry in the last academic year.

Another main benefit is the introduction of educational technology: Back in May, the Education Ministry signed a cooperation protocol with the Arab Organization for Industrialization and NetDragon’s subsidiary Promethean to provide the Intelligent Classrooms with interactive smart screens, according to a statement. The ministry also teamed up at the time with local tech startup Si-Vision to develop devices that would integrate with the screens.

A first for some rural schools: For many schools across the country where access to technology is low, these mobile classrooms fitted with smart screens can allow students to experience new educational technologies, Hassan Shehata, a professor of Education at Ain Shams University, told Enterprise. This is especially the case in small villages and rural areas where schools are sometimes so outdated that they do not have electricity in classrooms, he added.

Here’s the catch: there aren’t enough teachers to teach in these new classrooms: If the classroom shortage wasn’t enough, Egypt is also suffering from a shortfall of teachers across public schools in the country that has translated into a delay for the rollout of modular classrooms, Shehata explained. With 21 mn students in K-12 public schools and 900k teachers currently staffed, the teacher-to-student ratio is one teacher for every 23 students. It is estimated that Egypt needs 250k more teachers to meet student demands and have the most effective class sizes, Shawki said.

Minister Shawki noted that the ministry will need EGP 10 bn to hire the needed amount of teachers, with EGP 1 bn more every year to go towards mandatory yearly raises, he added. Instead the ministry has called on people to volunteer as teaching assistants to fill in the gap, paying them EGP 20 a class.

And the teachers we do have, need to be trained to use the new tech: While the Promethean smart screens are a useful educational tool, public school teachers are not always equipped with the knowledge to utilize them in their teaching, Shehata says. The government is currently undertaking this, but Shehata also posed the solution that the private sector could step in and provide low-cost and accessible training sessions for these teachers.

Nonetheless, modular classrooms are a temporary band aid but not a permanent solution. Magda Nasser, a member of the Parliament’s Education Committee, is among those that believes that the initiative can not be a substitute for physical classrooms in schools, she told Enterprise. However, she agrees that modular classrooms help create more equitable access to technology.

How effective the introduction of modular classrooms will be is yet to be seen, but with mns of students currently in K-12 public schools and the physical classroom shortage only getting worse, it’s important to find long-term solutions that ensure students have access to education.