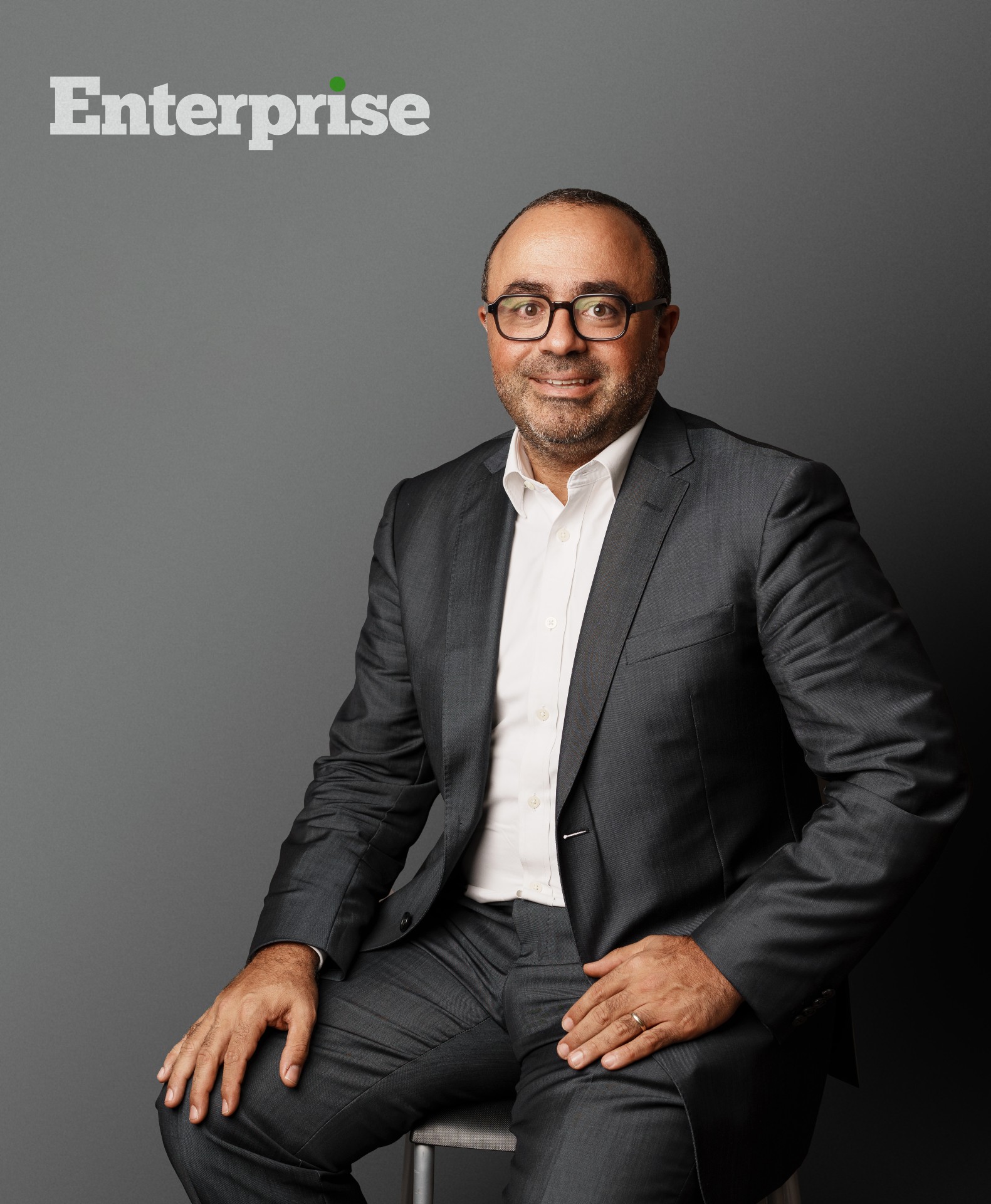 We recently had breakfast with 20 top CEOs to talk about why exports and FDI are key to our economy going forward. After reading our five-step recipe for turning Egypt into a global export hub and FDI magnet, participating CEOs agreed to answer two questions on the record.

Jalil Bensouda (LinkedIn) is senior partner at McKinsey & Company, the global management consulting firm. Jalil re-opened McKinsey’s Cairo office in early 2021 and has built a team of 90 consultants in Cairo. He was previously based in Casablanca as the firm’s managing partner for Francophone Africa and he is also an experienced industrial entrepreneur. Jalil specializes in large-scale transformation of public and private organizations from strategy to implementation and he has long worked with financial and industrial companies on investment and development strategies. He’s also a Moroccan national — a fact more than a little germane to our discussion, as you’ll see below:

ENTERPRISE- Which industry would you put on a focused short list — and why?

JALIL BENSOUDA- I would say definitely tourism if we take a 12-18 month timeframe, because it can deliver the foreign exchange the country needs right now with little up-front investment. All the infrastructure required already exists. What we need to unlock is flight capacity and global promotion, and that can be tackled in a short timeframe. Longer term, I believe in the power of people, and Egypt has a huge talent pool, so I would naturally gravitate toward other service-based industries, including business process outsourcing and customer relations management (CRM). Global demand is steady and Egypt can play a bigger role to attract large CRM players.

If you take a medium-term perspective, Egypt will need to focus and choose 4-6 key export-oriented industries where it has a clear value proposition and go all-in to attract global and national investors to position itself as a regional manufacturing hub to serve Middle East and East African markets. The current context with global supply chain redeployment represents a great opportunity. In the long term, Egypt is already very well positioned on some big bets like hydrogen, where massive investments were announced at COP27. We will need to take the opportunity to create an integrated ecosystem around those investments to locally capture most of the value added.

E- Why are exports and FDI the way forward?

JB- Because the formula is proven. Your five-point plan is spot on and very relevant for Egypt in the current context to create a new S-curve for growth.

It reminds me of the choices Morocco made in late 2000 with the launch of a National economic development program called “Emergence.” Its aim was to accelerate the growth of export-oriented sectors. Morocco chose five industries: automotive, aeronautics, electronics, offshoring and food, all based on the nation’s global competitive advantage.

Its full focus was then on creating the right environment in terms of infrastructure, business environment, and training of local talent to attract both local and foreign investors. And starting with the prime minister’s office, the two big focuses were on execution and speed to attract flagship investors to start creating the momentum. Renault led the push in automotive with a 400k-unit capacity plant, Bombardier in aeronautics.

Today, 12 years later, Morocco has become an export powerhouse in sectors that were merely emerging in 2008. This year, its automotive exports will come in at USD 10 bn with 600k vehicles produced — with 70% local integration. Aeronautics and electronics each deliver USD 3 bn worth of export sales. And it is netting USD 2 bn in revenues from offshoring with more than 100k jobs created. Each of those industries has seen a local industrial ecosystem blossom beyond initial flagship projects with big-name multinationals such as Renault, Stellantis, Boeing and Bombardier.

I am convinced that Egypt can go bigger and faster given its starting point in terms of size and competitive advantages, including its geographical position and “green” and competitive energy and labor costs. But doing it will demand a focus on key sectors, fast-paced decision making, a much more nimble and streamlined end-to-end investment journey, and — more importantly — building trust and confidence with the private sector to allow them to invest with clear visibility on the legal and competitive framework. There is a highly competitive market globally to attract foreign industrial investment, and Egypt can clearly play a winning role in this market.