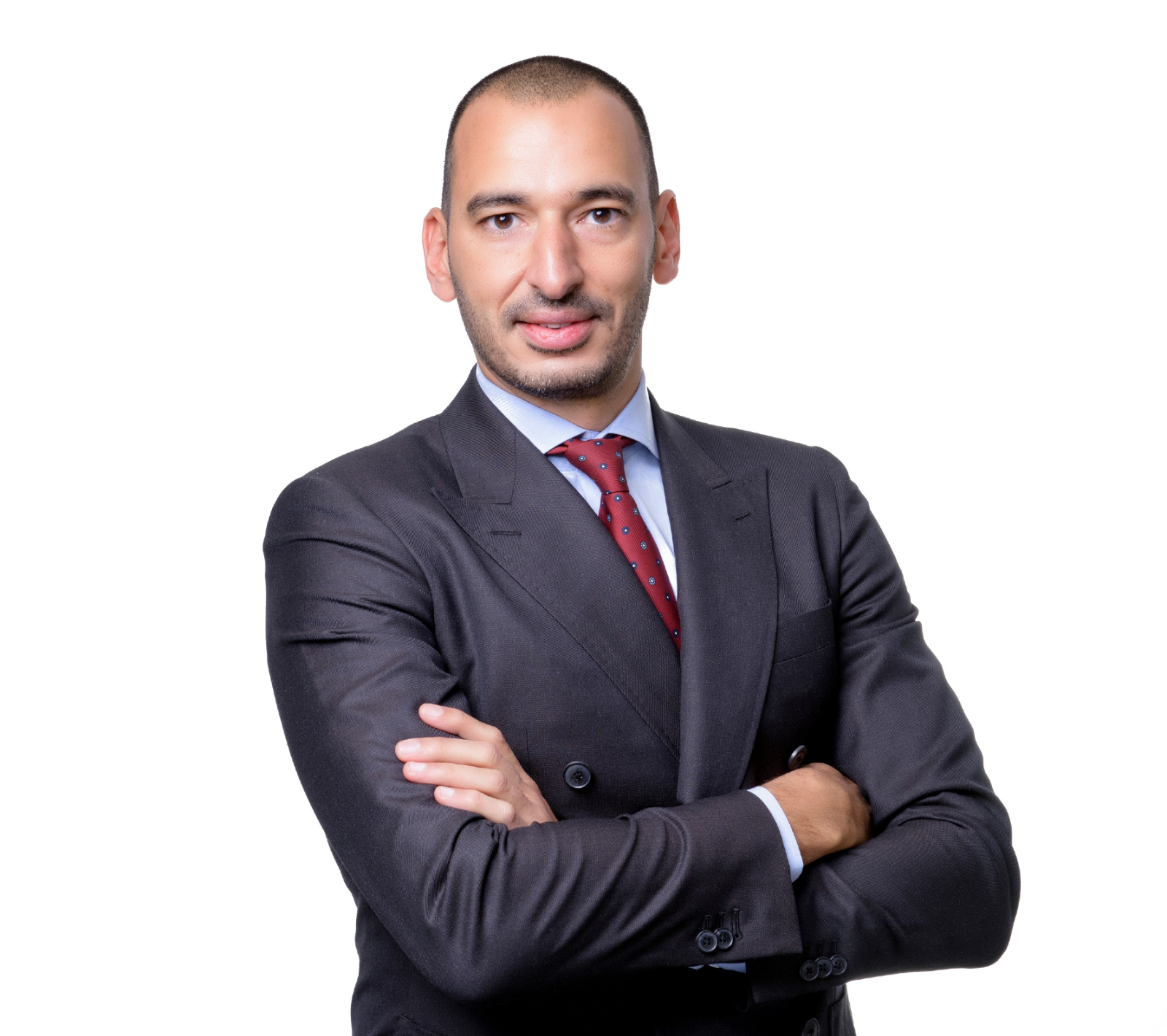 This morning we’re talking to EFG Hermes’ Karim Moussa: Moussa wears many hats at EFG Hermes: He’s the co-CEO of its investment bank. He heads up its private equity and asset management operations. And he’s in charge of the firm’s energy platform, Vortex Energy, which since 2014 has been investing in renewable energy projects across Europe, managing EUR 1.6 bn worth of assets along the way. We spoke about how the global energy crisis is impacting Vortex, what needs to happen to support the development of the region’s renewable energy sector, and why a focus on mega-projects might not be the best strategy.

ENTERPRISE: How is the European energy crisis affecting Vortex Energy’s targets and your investment and divestment cycle?

KARIM MOUSSA: It sounds quite adverse to say, but the European energy crisis is substantially benefiting us as renewable energy producers. We've always been advocates for renewable energy, not only for global climate reasons, but also because they are the cheapest source of energy, from a levelized cost of energy perspective, which is a very important metric in the industry.

With the energy crisis, everyone realized that it is the most affordable source of energy and that it is required, both economically and politically, and it allows you to end your reliance on Russian gas. As a result, any producer with a tangible pipeline coming to market is currently in a very good position, as electricity prices have increased by 3x or so in the last year. But the sun and the wind are the same whether Russia is at war or not. So our input cost remained constant, but our output price increased significantly. Renewable energy producers have the highest profit margins in the current environment.

We're now entering into private PPAs with blue-chip corporate energy consumers, not just to get better prices, but also to ensure supply security. Some of these large corporations are unsure what the situation will be at the end of this winter or whether they will have power next winter. So it's not just that they want a cheaper energy source. Securing a 10-year PPA with a solar developer at a fixed price and fixed quantity is strategic for them. In a nutshell it's a great environment to be in if you are a producer of renewable energy in Europe today.

E: Have your short and long-term targets changed in light of the energy crisis?

KM: The crisis may calm down politically, but its aftermath will probably stay for another one to two years. Prices for electricity are expected to remain high for at least the next 12 to 24 months. After that, things will gradually return to normal. However, the need for electrification will continue to drive demand for green energy and electricity, whether it's EVs on the road or households going electric on heating and other matters.

E: With a growing focus on renewables in the MENA region, what do developers need to do to maximize ROI for investors?

KM: The issue that we see in the region is that the era of feed-in tariffs is ending. There will be no more feed-in tariffs and no more subsidies. Even in Europe, when we began investing in 2014, there were subsidies because the costs of solar and wind were significantly higher than they are now. The cost of solar went down by 90% over the last 10 years and the cost of wind went down by 85% of production in the same time frame. So we're in a new era now.

Pushing more renewables into the system here in the Middle East is a natural thing that needs to happen. The problem is that most projects have been completed via auctions rather than feed-in tariffs. The big utilities in the region and around the world were the main suppliers and bidders on these assets and you haven't seen many private equity financial investors like us come into the market because the agreed-upon returns for the prices and auctions were very low. They were more acceptable for a strategic utility with a long-term goal and the ability to stay for decades than for a private equity player who needs to generate returns for investors in the next 5-10 years.

As a result, few financial investors and private equity funds entered the system, and the risk-return profile was lacking in comparison to other markets in the United States or Europe, among other things. This must change in the future in order to attract more private capital, specifically financial investors, into the space.

E: What kind of incentives would green investors like to see?

KM: I believe that a typical development framework is for developers to go out and acquire land, develop projects, obtain permissions, conduct environmental studies, and obtain all of the other types of permissions required for grid interconnection. Then there's a grid-based wheeling system, as well as a private and open market. Every country has a different regulatory framework, but some push harder to liberalize the electricity market by allowing private developers to come in and supply customers with a wheeling system and an open market.

The issue in some countries is that electricity prices remain subsidized. Investors would also begin to seek higher returns, similar to how we operate in Spain or Europe. We have offtake agreements with AAA-rated corporations for 10-15 years.

If I sell electricity to one of these corporates with a good credit rating, there is a private, corporate PPA that is negotiated between an electricity producer and an electricity buyer. We use the grid and pay fees to the government.

Demand for general electricity and economic growth must be coordinated with increased renewable energy production. Because if the economy's growth and industrial and household demand are not in sync, why would I produce electricity if no one wants it?

E: Green hydrogen is gaining traction and we regularly see global players signing agreements and MoUs to build new plants. What is required to make these agreements a reality, and what incentives or instruments can countries in the region provide to translate these agreements into action?

We have these mega electrolyzers, but why don't we just start with something smaller, something that is feasible? We don’t have case studies out there of green hydrogen or green ammonia yet. So let's do one project that works in parallel with the big ones. My recommendation would be to focus on tangible, smaller projects that are easier to get off the ground. They would also find it easier to attract private capital. Yes, the mega projects have much more impact on the economy and on employment, but they're also very hard to execute.

KM: Soon. With the deregulation and opening up of the system that has occurred, we believe the market will soon liberalize and be open to private equity players. So yes. Soon. It wasn't there for us in recent years, but it’s going in the right direction. As long as the demand and supply equation still holds and the economic environment is favorable.

Vortex is a gateway for investors. We're the fund manager, so we reflect the sentiment of the investors, which is a sentiment for private FDI. If that’s not there in certain countries, we will not have the backing. I'm not going to force my investors to invest in a private project that will tie them up for at least 5-10 years.

So you need to have the parameters that I've mentioned. The market needs to be liberal. The supply demand equation needs to make sense. And also there needs to be executable projects for tickets of our size to come to as opposed to mega projects. So everything needs to play together. Some of the African countries are making efforts to attract a lot of capital into their markets for renewables.

E: How do you approach “responsible investing” at EFG Hermes? How do you integrate a climate strategy into your investment / asset management / PE process?

KM: ESG is now being implemented across the group as well as at the holding level, and on all our verticals, whether it's healthcare, renewables or education. Strategically, this is what we’ve focused on over the past seven years, all these three verticals are ESG verticals. So we only do ESG at EFG Hermes. We only do education. We only do healthcare and renewable energy. We don't invest outside these three areas in private equity.

Our asset management platform has a very rigid ESG process and system in place, whether it's selecting or portfolio management investing, and we report this to our investors. So on the public markets we are quite ESG-compliant and also on the private equity, whether it’s the sectors that we focus on, but also within these sectors we implement ESG systems.

E: What outcomes or initiatives that would directly impact EFG’s investment strategies in the MENA region would you hope to see come out of COP27?

KM: I encourage working on more tangible, feasible, and executable projects immediately, not just gigawatts of extensive talks and net zero actions. We need fewer big headline announcements and more achievable projects that we can start working on tomorrow.