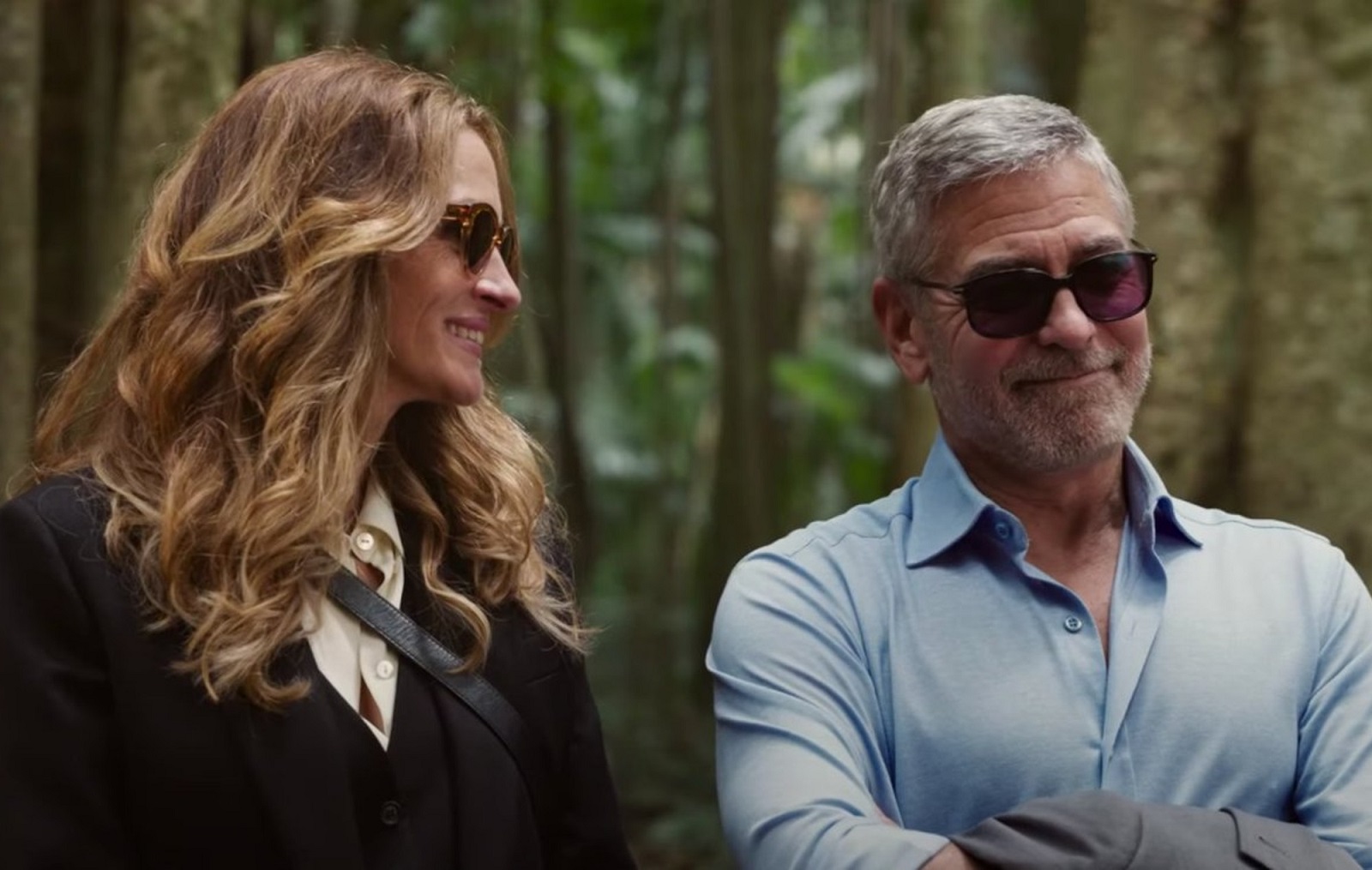 George Clooney and Julia Roberts bring back the 90s in Ticket to Paradise: Old school romantic comedy fans, this one’s for you. The nostalgic dream team of Julia Roberts and George Clooney, play divorced parents who are on very bad terms. The two are forced to face each for the first time in years, when their daughter Lily (Kaitlyn Dever) surprises them by announcing she plans to marry a local man she just met in Bali. The ex-spouses join forces and head to the Far East to try and stop their daughter from making the same mistake they did 25 years earlier. The story takes place in a lush, tropical setting that makes you feel like you've been whisked away on a luxurious vacation as you watch this story unfold. It's a movie that's all about its big names. On paper, every step of the plot is ludicrously easy to predict, while on screen, it goes down easier than a cappuccino made by Clooney himself. It's as if he and Roberts — with her signature smile and flawless comedic-timing — came together to show us what real A-list movie stars used to be like and how magical they could be (watch trailer, runtime 2:45). The movie is currently showing in theaters across the city.

On Friday: The journey with our new Portuguese coach, Rui Vitoria, begins: The Pharaohs are playing a friendly with Niger at 8pm tomorrow. The match is on the international agenda, so our pro-footballers will be joining, led by Liverpool star Mohamed Salah.

Other friendlies worth keeping an eye on: Brazil v Ghana at 8:30pm, Morocco v Chile at 9pm, Ecuador v Saudi Arabia at 8pm, and Argentina v Honduras at 2am.

Why the change? The modern pentathlon has typically included fencing, freestyle swimming, equestrian show jumping, pistol shooting, and cross country running. The International Olympic Committee (IOC) dropped the modern pentathlon from an initial list of 28 sports for the 2028 Games, after an incident at last year’s games when a coach struck a horse for not jumping fences. It said the sport would need to meet different criteria by next year to qualify, leaving a potential entrypoint for obstacle course racing.

The new sport is up for a vote soon: The international federation of the sport (UIPM) will vote on the new obstacle course race at its next meet in November before proposing the change to the IOC. “Removing the barriers of riding and having an easily accessible sport like obstacle discipline, it is a very big potential to get Africa into the Games,” Egyptian former world champion and UIPM head of athletes commission Yasser Hefny told the newswire.

Gourmet patisserie D’s Candy Bar offers irresistible mini versions of your favorite desserts. The dessert shop is famous for their mini sablé, which is so dangerously small you can easily finish up a box in one sitting if you’re not careful. The sablé comes in the traditional three flavors: Chocolate, white chocolate, and jam filled. The chocolate — with chocolate ganache filling and a layer on top — is our favorite. Their palmiers (or elephant ears, or whatever you choose to call them) are perfectly flakey with the right amount of crunchy sugar on top. If you don’t have much of a sweet tooth, try their twists, which come in several savory flavors: Paprika, anchovies and cheese, in addition to sweet cinnamon. The shop has branches in Zamalek, Palm Hills in Sheikh Zayed and in Smouha. Their nostalgic monochromatic pink stripe aesthetic, which is reminiscent of old candy striper uniforms, makes the locations difficult to miss. Several of their treats are also available to pick up or order from Gourmet.

DJunkie is spinning pop, hip hop, and R&B hits tonight at 9pm at the Tap West.

Head to Cairo Jazz Club on Saturday, where Mazeek will be playing upbeat tunes, then Maram takes the stage for a performance of Sudanese folk music.