Leading the conversation on the airwaves: The second day of the regional summit in New Alamein 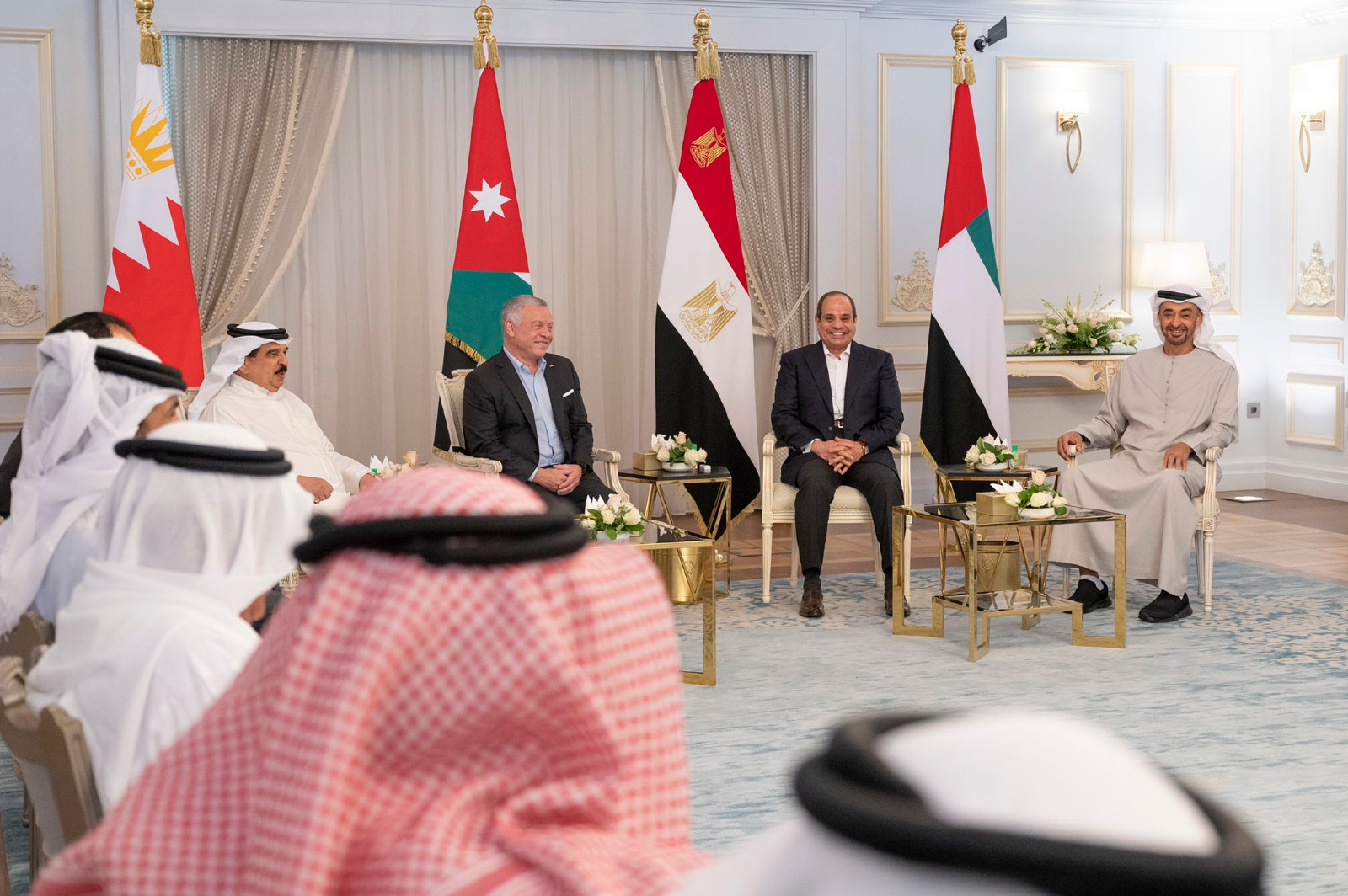 Participants have been tight-lipped about what was discussed: Leaders of Egypt, the UAE, Jordan, and Bahrain held talks for the second day yesterday though post-summit communication has been scant to say the least. Describing the event as a “consultative” summit,” the UAE’s state news agency WAM said only that the talks focused on “fraternal relations, various aspects of cooperation, and joint work, especially in the economic and development partnership.” Ittihadiya’s said leaders discussed “a number of regional and international issues” at the “fraternal” meeting. The Iraqi government gave a bit more away ahead of the event, saying that talks would focus on energy, investment, industrial integration and regional security — and climate change.

Only four? Iraqi Prime Minister Moustafa Al Kadhimi was supposed to stick around for the second day but had to fly home after protesters staged a sit-in in central Baghdad, a statement by the PM ‘s office on Twitter said.

The on-air and online message remained the same: The summit was a relaxed and informal gathering between a group of close allies. Photos and videos of the meet captured the smiles and jokes between the four leaders, as well as the moratorium on ties. The talking heads also emphasized the casual nature of the meeting, which saw them touring New Alamein and exchanging opinions on a terrace at the New Alamein presidential palace.

The fourth-grade curriculum makes a comeback on the airwaves, with Ala Mas’ouleety (watch, runtime: 42:43), Al Hayah Al Youm (watch, runtime: 0:33) and Masaa DMC (watch, runtime: 1:22) covering the Education Ministry’s announcement that it is working on changes to the controversial curriculum ahead of the new 2022-2023 school year. Complaints surrounding the curriculum’s difficulty were rife on social media last year, with students and parents alike claiming the workload was too heavy and was too much to complete within a year.

Will the ministry slash the curriculum in half? The changes could include the curriculum being cut back by 50%, journalist Mahmoud Abdel Rahman told Ala Mas’ouleety. The changes will be announced ahead of the new school year, which is scheduled to start on 1 October.

The move has already put newly appointed Education Minister Reda Hegazy in people’s good books — if statements from Ala Mas’ouleety’s Ahmed Moussa, who led the conversation on the issues facing students with the curriculum last year, are anything to go by. Hegazy was lauded for his prompt and proactive response to people’s concerns by several specialists in the sector who spoke with Ala Mas’ouleety’s Ahmed Moussa.