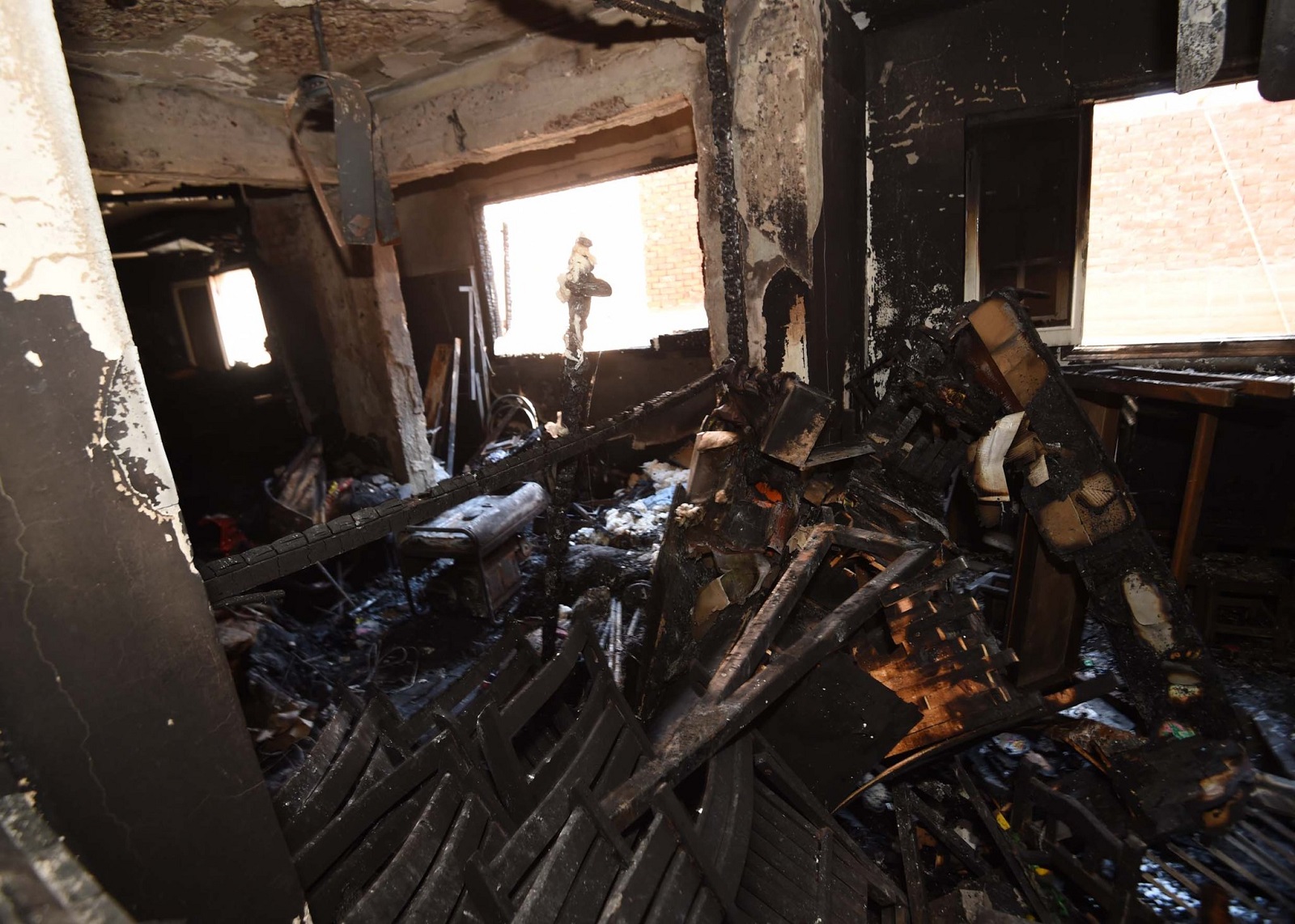 At least 41 people were killed yesterday when a fire broke out during mass at the Abu Sefein church in Imbaba, the Coptic Church said in a statement. The Health Ministry said that 55 people were taken to hospital for treatment. Most of those killed in the blaze were children, Reuters reported citing two sources.

The fire was caused by a short circuit in an A/C unit on the second floor of the church, the Interior Ministry said in a statement. The blaze blocked an entrance to the church, triggering a stampede among the hundreds of worshippers attending mass, security sources told Reuters. Prosecutors have launched an investigation into the incident, the Public Prosecution said.

Families of the deceased will get financial compensation from the state: Each family who lost a loved one in the fire will receive immediate compensation of EGP 100k, Prime Minister Moustafa Madbouly said in TV comments reported by Youm7, while the families of the injured will receive up to EGP 20k, he added. Social Solidarity Minister Nevine El Kabbaj earlier stated that families will also receive an additional EGP 50k in compensation from civil society organizations and Al-Azhar. The seat of Sunni knowledge said yesterday that it would immediately make donations to the families of victims and that its hospitals were on standby to receive the injured.

President Abdel Fattah El Sisi is “closely following the developments of the tragic accident,” he said in a statement. “I directed all concerned state agencies and institutions to take all necessary measures, and to immediately deal with this accident and its effects.” El Sisi and Prime Minister Moustafa Madbouly both called the head of the Coptic Church, Pope Tawadros II, to offer their condolences, according to official statements by Ittihadiya and the cabinet.

The Armed Forces’ engineering authority will restore and renovate the church, the Coptic Church said in a separate statement.

Condolences poured in: The World Health Organization (WHO), the European Union Delegation to Egypt, and UNICEF Egypt all expressed their condolences to the victims’ families, along with embassies of various countries to Egypt (US, Russia, France, Belgium, New Zealand, Switzerland). Leaders of Arab countries, including Qatar, Tunisia and Saudi Arabia, also sent El Sisi their condolences.