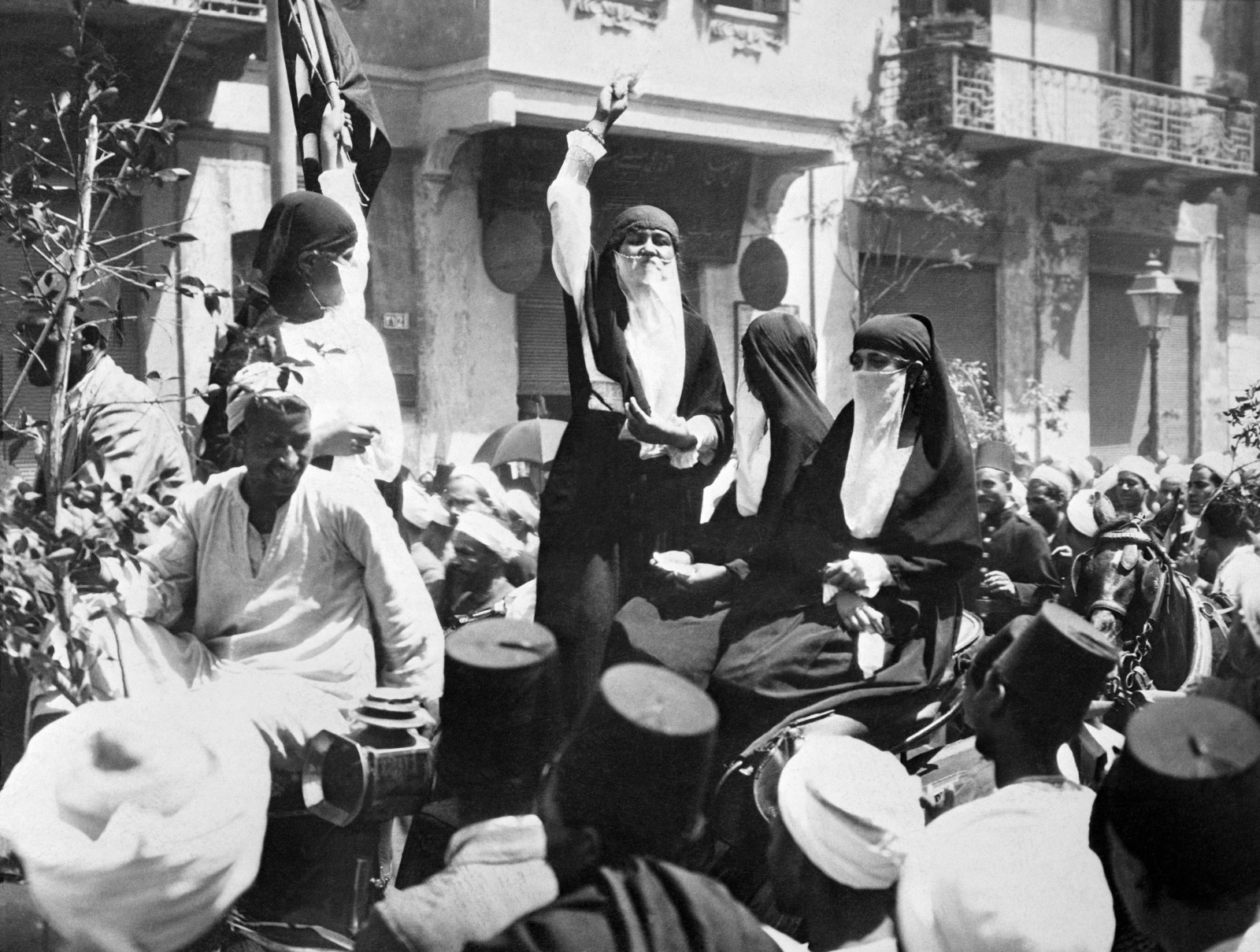 Egypt’s independence movement in the early 20s: The 1920s were colored by a wave of anti-colonial resistance and nationalist sentiment that sought to confront British rule and shake the imperial yoke. The British Empire’s de facto protectorate over Egypt — established in 1882 in response to the Orabi nationalist movement that threatened the interests of English and French bondholders — brought the country under military and economic control of London and produced widespread disaffection among the population.

Tensions intensified throughout the early 20th century: Decades of political and economic suffocation resulting from British control over the country’s affairs — including the formal declaration of Egypt as a British protectorate in 1914 — bred mass resentment. Worsening unemployment, rising inflation and brutal martial law helped sow the seeds of revolt, fuelling a movement for independence.

By 1919 things had reached breaking point: A popular uprising erupted in 1919 after a delegation of politicians that included Saad Zaghloul (who would later form the Wafd Party) had their demands for independence rejected by British High Commissioner, General Francis Reginald Wingate, and were exiled to Malta. The uprising took root over the course of several months where students, workers and white collar professionals set in motion a nationwide general strike that brought the country to a halt.

A limited form of independence was granted: Facing pressure from local actors across the country who continued to orchestrate strikes, boycotts and demonstrations, the British declared limited independence for Egypt in 1922 and passed a new constitution later that year that would set up parliamentary elections. Under this new political arrangement power was shared (although not evenly) between the monarchy, the British and an elected parliament. By 1924, the Wafd Party had secured a majority of parliamentary seats and Saad Zaghloul went on to become the country’s prime minister for a short stint before his death in 1927.

The decade saw the ascendance of King Fuad I: Once the British had declared Egypt partially independent, Fuad I, who was formerly the Sultan of Egypt, anointed himself king in 1922. Early in his reign, King Fuad I granted himself vast powers like appointing members of the Senate and stacking the government with loyal ministers who he could easily maintain some level of control over. These maneuvers, along with his alignment with Al-Azhar, were enacted as a kind of counterbalance to Saad Zaghloul’s growing popularity, which he viewed as posing an existential threat to the monarchy.

Control over Sudan was a major point of contention during this period: Shortly after Egypt gained limited independence from the British, murmurs of unrest in Sudan were beginning to form and by 1924 anti-European protests were gripping the country, fuelled by military officers calling themselves the White Flag League. Since 1899 the Anglo-Egyptian Condominium had jointly controlled Sudan using primarily Egyptian forces but with the British calling the shots in government. The move towards independence in Egypt triggered a scramble for sovereignty over Sudan, with Saad Zaghloul’s government demanding the British hand over control of the country to Cairo. For them, control over Sudan was a question of ensuring the uninterrupted flow of Nile water to Egypt (among several other key resources), while for the British, maintaining control over Sudan was essential to curb the nationalist tide and maintain a footing in the region.

The assassination that changed everything: The killing of the British governor general of Sudan Lee Stack by Egyptian nationalists in Cairo proved the undoing of Egyptian ambitions in Sudan. The British administrations in Cairo and Khartoum demanded that the Egyptian government withdraw its troops from Sudan, ending its presence in the country and putting a stop to the revolt.