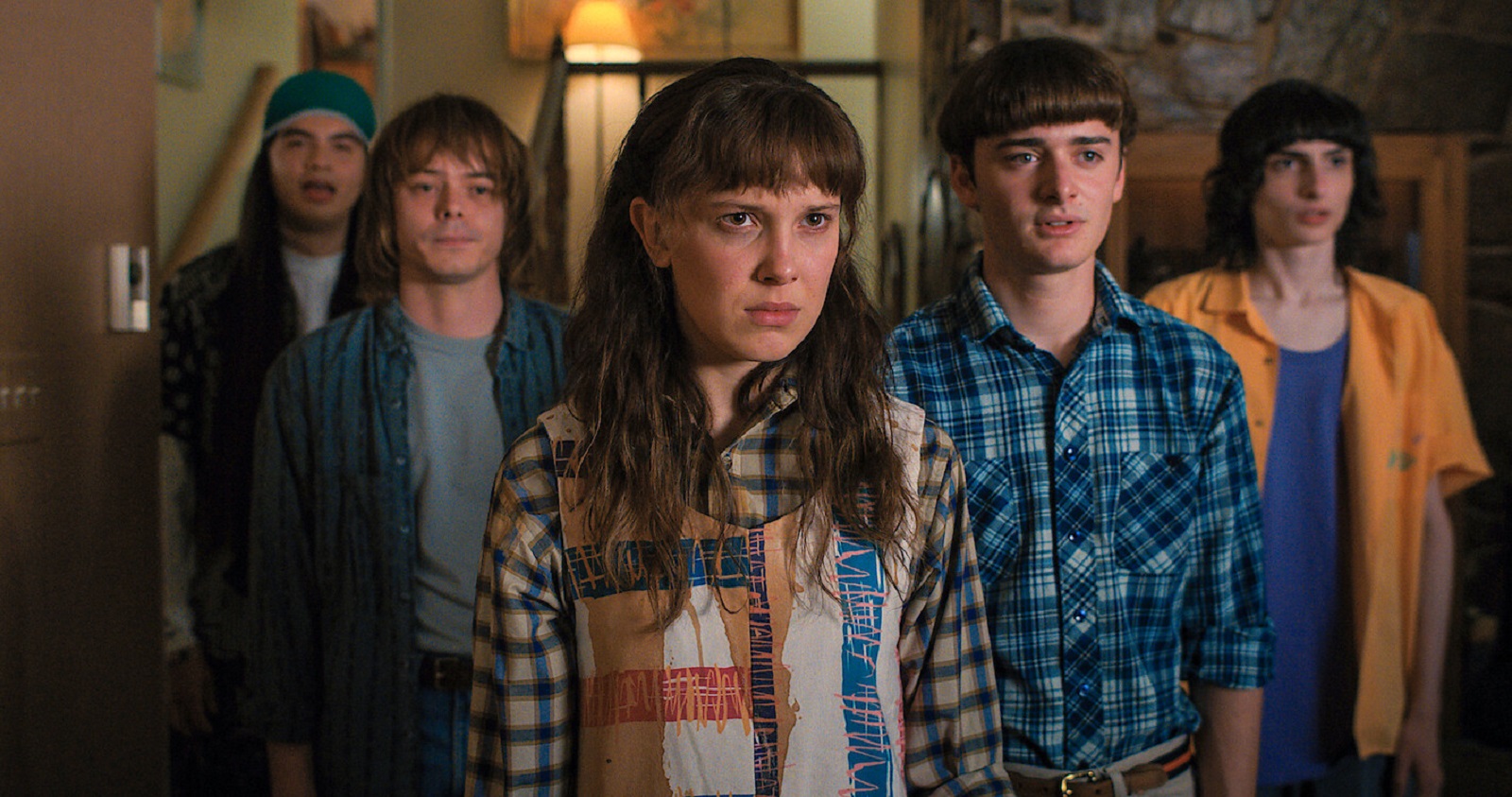 The fourth season of Stranger Things (or at least the first seven episodes) is dropping just in time for a weekend binge. The season, which we’ve been waiting on for nearly three full years, picks up more or less where we left off at the end of Stranger Things 3 in July 2019, following Mike (Finn Wolfhard), Will (Noah Schnapp), Lucas (Caleb McLaughlin), Max (Sadie Sink), Dustin (Gaten Matarazzo), and Eleven (Millie Bobby Brown) as Eleven and Will try to settle into a new life in California, while the rest of the gang goes on with life back in Hawkins. Each episode this season will be rather lengthy, running at around 75 minutes each. A promising review: “Stranger Things 4 is bigger, bloodier, and much more intense than the seasons that came before it, but it also feels like a natural evolution of the sprawling epic the Duffer Brothers have been telling from the very beginning,” writes The Verge.

⚽ As football season draws to a close across Europe, our trusty Egyptian Premier League will give us our kora fix for the next couple of months. Al Masry will face Al Ahly Bank at 6:30pm today, while Pyramids and Future will clash at 9pm.

On Saturday, Zamalek is up against Ismaili on Saturday at 6:30pm, and Smouha will face Enppi at the same time. Ghazl El-Mahalla and Tala’a El-Gish will play at 4pm.

And finally, the most anticipated game of the season is the sweetest note to wrap your weekend on: The Liverpool v Real Madrid Champions League final will kick off on Saturday at 9pm.

🎾Good news / bad news from Roland Garros: Our very own tennis champion Mayar Sherif became the first ever Egyptian woman to make it to the second round of the French Open on Tuesday, after defeating Ukraine’s Marta Kostyuk. The 26-year-old has unfortunately withdrawn from the championship, however, due to a fractured foot. Sherif was scheduled to face off with Slovenia’s Tamara Zidanšek.

Back to the classics: Sea Gull is a great place for a satisfying “aklet samak”: On an anchored boat on the Nile, Sea Gull gives you a wide selection of high quality seafood as well as a great view of the water. The restaurant has stuck to the traditional fish ordering process where you have to go see the fish and pick out what you want, but they let you get creative with how you want your seafood cooked. Get their sea bass with cream and mozzarella or their mussels with garlic and lemon. We also loved their fried calamari and shrimp (and really appreciated that it came fully peeled). Sea Gull just opened branches in North Coast’s Marina Hotel as well as in New Cairo’s Mar.v Mall (located on the North 90 street).

A self-love celebration is happening at The Natural Hair Fest tomorrow: Hosted by the Hair Addict (whose founder Doaa Gawish we recently spoke to), the event is looking to make self-love gender neutral this year by emphasizing the importance for everyone to embrace their natural hair and natural beauty. The event runs from 2-10 pm at The Field in Maadi.

MASQ is hosting an exhibition titled ‘I’m one but also two’ in celebration of Europe Day: The exhibition will include a collection of artworks in different mediums that explore various aspects of the interrelation between Egyptian and European cultures. The exhibition includes sculptures, paintings, photography, video projections, collage, and installations. MASQ is a cultural hub located at the Sultan Qaitbay Mosque. The exhibition will kick off on Saturday at 5pm.

Tawlet Yvonne is hosting a BBQ brunch on Saturday from 2-5pm with a live performance by Sara Morgan. Tawlet Yvonne is located in Maadi and offers delicious Lebanese food.

Ford CEO Jim Farley just launched a new podcast called Drive: The auto expert is diversifying out of his field, booking guests from various backgrounds on his new podcast show that debuted yesterday. Episodes will drop weekly and the lineup of guests includes Jimmy Kimmel (host of Jimmy Kimmel Live), Jochen Zeitz (CEO of Harley Davidson), Emelia Hartford (content creator who builds and races cars), Duke of Richmond Charles Gordon-Lennox who founded the Goodwood Festival of Speed and Revival, and NFL quarterback Tom Brady. You can check out the first episode featuring Dax Shepard, one of the hosts of Top Gear America.