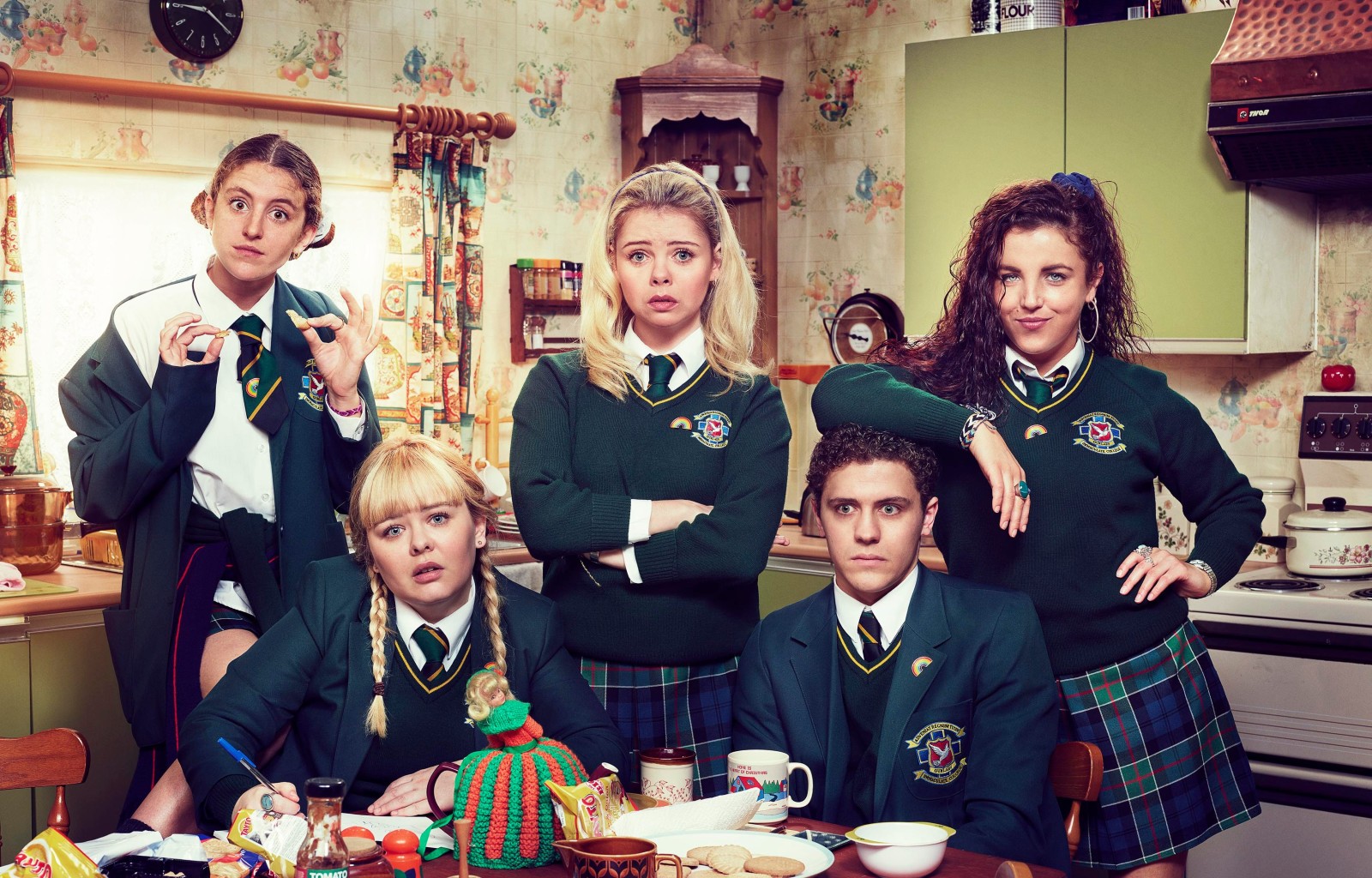 Derry Girls is a coming-of-age story of four girls against the backdrop of war and political turmoil: The Irish sitcom follows Erin, Orla, Clare, Michelle, and their male accomplice, James, as they go to high school during the Troubles — a period of conflict in Northern Ireland that lasted about 30 years. The four girls are keen to cause trouble as they venture through crushes, concerts, detention, gossip, and cliques. The show is hilarious and its wit transcends across different cultures, with viewers not needing any background on the Irish conflict to enjoy the show. The historical aspect actually gives the show an added edge and storyline while playing a constant indirect role in the girl’s character development. The first two seasons are out on Netflix, but the third season wasn’t added to the streaming site.

🎾 Egyptian champions Ali Farag and Nour El Sherbini (both World #2s) walked away with the PSA squash championship cups yesterday following two all-Egyptian final matches at the CIB-sponsored event. Farag eked out a victory against compatriot Mohamed ElShorbagy (World #3) to take the title with three games to two, while El Sherbini upset World #1 Nouran Gohar to claim the championship with three games to one. El Sherbini and Farag each walked away with a USD 550k prize — the largest purse on record for a squash championship.

⚽ The major European leagues came to a close yesterday, ending a difficult and interesting football season: There was a lot of excitement in England yesterday as Manchester City seemed like it would lose to Aston Villa who were ahead by two goals. It wasn’t until the end of the match that City made a comeback, putting in three goals in less than 10 minutes and snagging the EPL trophy.

Meanwhile, in Italy, Milan was named the champion in Serie A yesterday after a 3-0 match against Sassuolo. Tears were shed and flags were waved as Milan finally took home its 19th league title after 11 years of not reaching the top.

The European season is over but the Egyptian Premier League is still ongoing, with Pharco playing against El Gouna at 6:30pm.

Downtown’s Noir is hosting an open jam tonight where musicians and singers can come together to enjoy each other’s music and collaborate. The jam is taking place today at 8pm.

The 19th edition of the Alwan Festival is taking place tomorrow at 5pm at Galal El Sharkawy Theatre. The festival will feature numerous workshops that participants can attend revolving around art, storytelling, and videography.

Join the Greek Campus’ workshop titled “Introduction to Sales in the Modern World” today from 6-9pm. The workshop will be led by Jonathon Kendall, co-founder and executive partner of Virtual Worker Now and aims to teach “insights and best practices to prospect, manage and develop accounts to maximize revenues for your business.”

A family divided as their community faces gentrification: Neruda on the Park by Cleyvis Natera follows a Dominican family living in a New York neighborhood that is slowly being gentrified. The parents, Eusebia and Vladimir, have a very different reaction to the character of the neighborhood being erased than their daughter Luz who is in fact dating one of the developers that wants to put up luxury apartments. This puts mother and daughter at opposite ends of the spectrum where Eusebia is leading a protest movement against the development while Luz strives to live a more upscale lifestyle while working at a top Manhattan law firm. The novel is a multi-layered exploration of immigration, community, and survival that Natera deftly unfolds in a place under threat.