Are Egypt’s manufacturing industries embracing the shift to industrial automation? 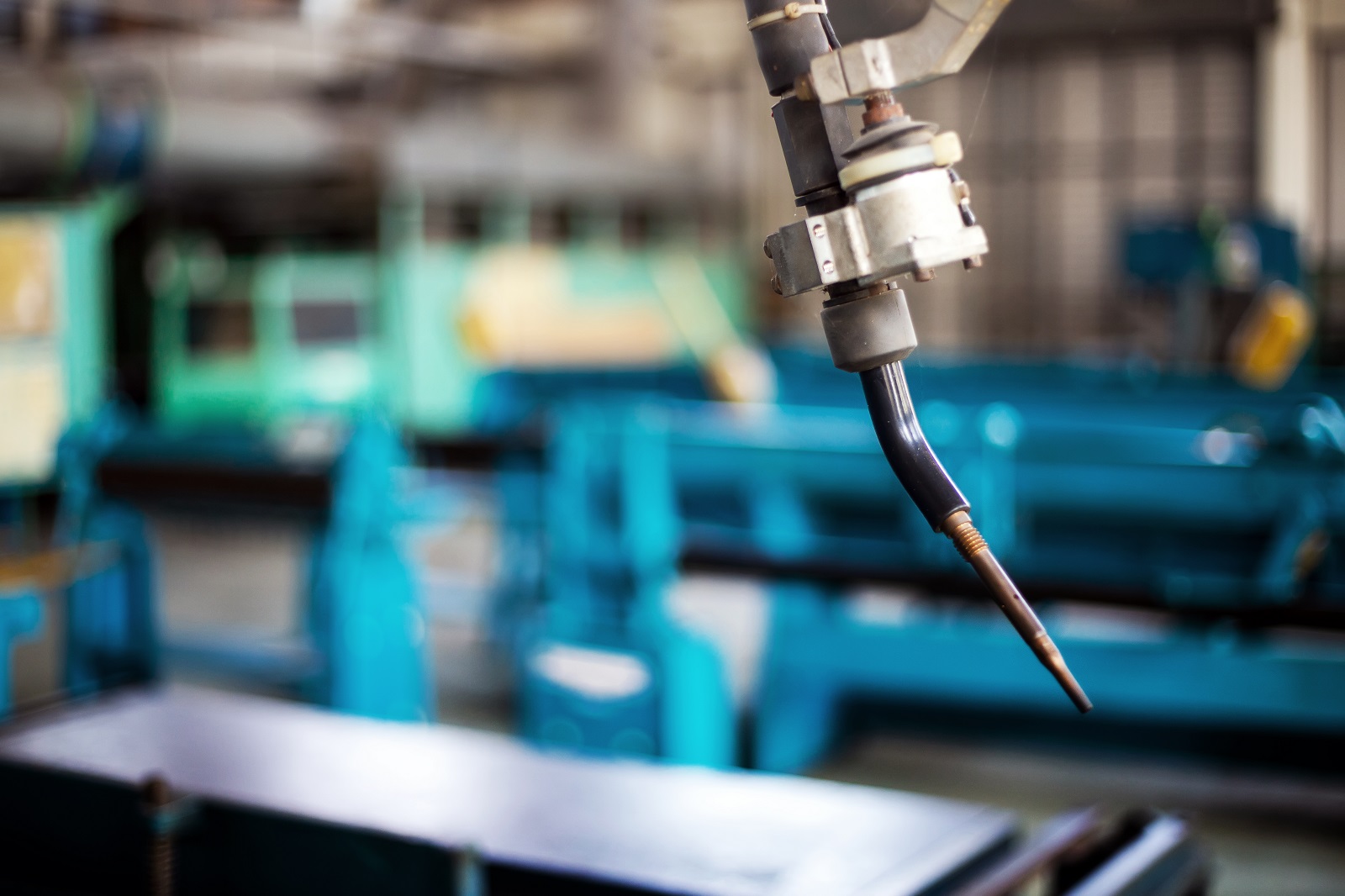 How far along are Egypt’s factories when it comes to automation? Industrial automation — also referred to as Industry 4.0 — has made strides in the past few years, fueled partially by the pandemic’s disruption of work-as-usual and an acceleration in the adoption of advanced technologies like artificial intelligence and robotics. This shift is marked by the integration of cyber-physical systems, which involve automation both on the assembly lines and in the control room. But how is Egypt faring in the transition? Today, we look at where Egypt’s manufacturing sector stands when it comes to automation in comparison to its regional and global peers.

What exactly is Industry 4.0? At the start of the digital era, Industry 2.0 referred to the use of standard assembly lines in manufacturing. Industry 3.0 marked the introduction of automated processes helped by information technology, which still involves human interference to operate and manage. Industry 4.0 is the stealth version, involving minimal to no human interference and a system-wide integration of all equipment, control systems, and data points that is able to operate, collect data and even predict it, independently.

We’re definitely behind: The majority of Egyptian firms are still transitioning or still need to transition from Industry 2.0 to Industry 3.0, a recent report by the United Nations Industrial Development Organization (UNIDO) (pdf) showed. We also ranked 68th — out of 100 countries — and 9th — out of 13 MENA countries — on the “Drivers of Production” tracker, which evaluates the key enablers that position a country to capitalize on industrial automation, in the latest World Economic Forum’s Readiness for the Future of Production Report (pdf), which we note came out in 2018. On the “Ability to Innovate” tracker, we scored a low of 1.9 on a scale of 1 to 10.

We need more robots: The industrial robot density stands at less than 0.2 robots per thousand manufacturing workers in Egypt which is significantly lower than MENA countries like Tunisia, where density is 5x higher, and Turkey, where it’s 10x higher, according to UNIDO.

And we need to ramp up investments on innovation research: Research and development on digital transformation is key in the process of industrial automation, and Egypt’s private sector is lagging on investments in the field. Private firms account for only 3.9% of total R&D (amounting to some EGP 25 bn), according to a 2021 OECD report (pdf). This is a limited contribution when compared to other economies in Africa, such as Morocco (29.9%), Tunisia (18.9%), and South Africa (41.5%) — and far below emerging economies in Asia, such as Malaysia (38.2%) and Vietnam (80.8%), and the OECD, where the average private sector contribution to R&D investment is 62.9%.

This can partially be explained by Egypt specializing in low-medium technology manufacturing, which accounts for around 50% of domestic manufacturing value added, according to UNIDO. This means that these industries — which include petroleum and coke product manufacturers, basic metals, food and beverage, tobacco, rubber and plastics, textiles, wood, and furniture, among others — are not complex or research-intensive and involve products that are relatively easy to mass produce.

And high-tech industries are a minority: The share of high and medium high tech — which include pharma products, electronics, automotives, and aerospace construction — in manufacturing value added (MVA) currently stands at 14%, which is well below the general global trend, and below the 37.3% average of countries in a stage of industrialization similar to Egypt.

Multinationals are leading the automation transition: Multinational companies and large-cap Egyptian firms represent the majority of firms in Egypt that are automating their factories and plants, Polaris Parks General Manager Bassel Shoirah told us, noting that micro, small and medium enterprises (MSMEs) lack the capital and capabilities to make the transition.

Which sectors are in the lead? House appliances, food and beverage, and pharma are among the industries making the shift towards automation, Shoirah says. Also making the shift are cement manufacturers like LaFarge Egypt and Titan Cement Group, and automotive companies like GB Auto.

Who else is adopting automation? Companies in the chemicals sector that handle delicate items and require controlled environments are among those currently adopting automation, Monica Salama, Industrial Development Group’s marketing and communications director told us. Consumer goods giant Procter & Gamble — which manufactures Tide, Ariel, and Pampers — recently teamed up with Schneider Electric to automate its manufacturing lines in the 6th of October Industrial zone.

A little late to the party: Plastics and metals makers, or those in the raw materials sector, are lagging behind on the transition, likely because these industries are tied to market prices that make them less risk averse when it comes to shelling out large investments, Shoirah added.

It should only be up from here: Egypt displayed the highest automation potential in the region among six countries including Kuwait, Bahrain, the UAE, Saudi Arabia, and Oman, at 48% — with manufacturing exhibiting 50% automation potential, according to a 2018 McKinsey report (pdf). This was attributed to Egypt having one of the largest absolute and relative workforce footprints, especially in manufacturing, in the region, with 45% of work activities in the sector found to be technically automatable. In financial terms, this amounts to some USD 366.6 bn in wages.

The market is expected to grow in the coming years: The AI market in Egypt is expected to be worth USD 42.7 bn in by 2030, PwC Middle East estimates.The automation and industrial controls market is expected to register a compound annual growth rate (CAGR) of approximately 6.8% by 2026, according to McKinsey, which notes that MENA countries could witness increases in technical automation potential of current work activities up to 80% by 2030.

But actual adoption is likely to be much slower, McKinsey says, with the projected adoption for Egypt estimated to be the slowest compared to the other five countries surveyed by the firm.