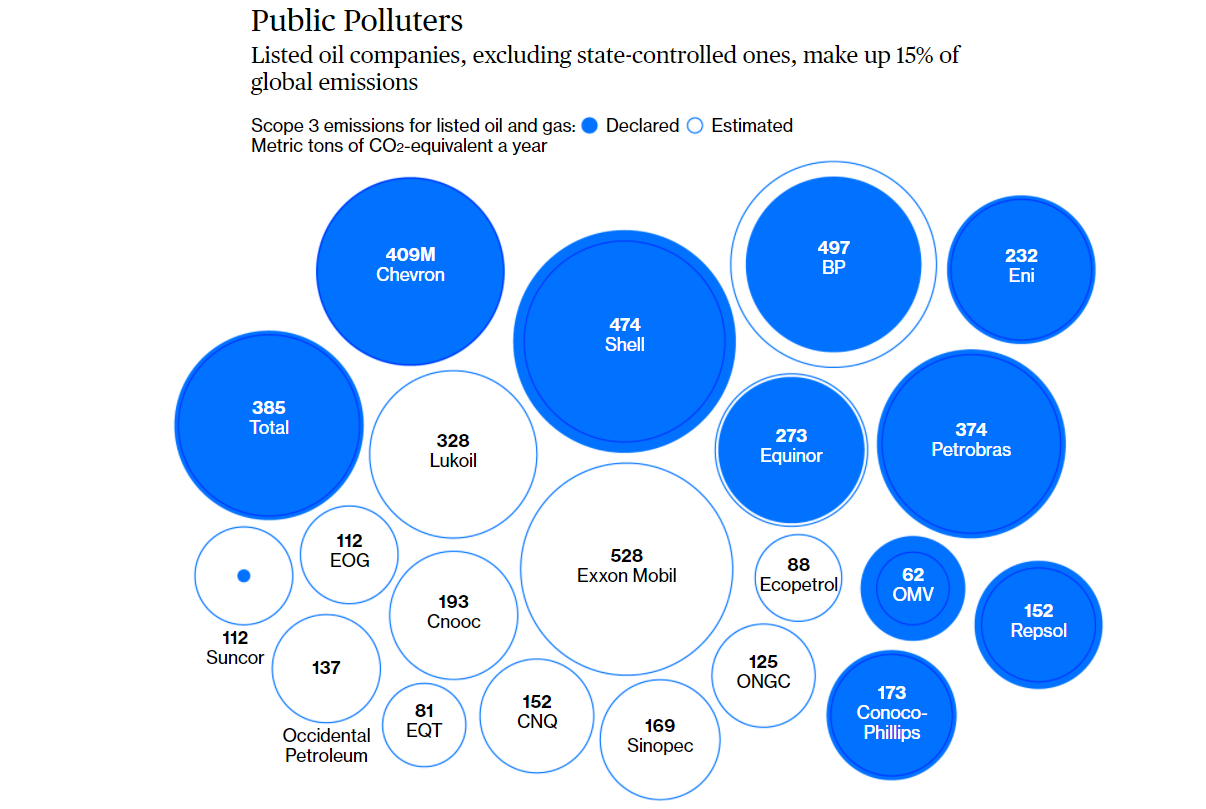 Despite net-zero promises, oil and gas is going nowhere: Oil and gas will be part of the global energy mix for the foreseeable future despite decarbonization ambitions from governments and major energy firms, according to the CEO of oil giant (and major global polluter, according to Bloomberg’s David Fickling and Elaine He) BP. “It may not be popular to say that oil and gas is going to be in the energy system for decades to come but that is the reality,” Bernard Looney told CNBC today, adding that the focus should be on “driving emissions down” rather than “ideological positions.” BP and other energy firms have been pushing hydrogen as a greener alternative to traditional fossil fuels — in what some say is a tactic meant to delay the inevitable death of carbon-emitting energy sources.

“Phase-out” vs. “phase-down”: The call from BP for a gentler transition to zero-carbon energy was echoed by plenty of major energy consumers and exporters at the recent COP26 summit. China and India successfully lobbied to water down a target to abolish coal use into one to reduce it in the final agreement signed off at the summit ‘s close on Saturday, while the energy minister of oil-exporter Saudi Arabia told delegates in Glasgow, “it is imperative that we recognise the diversity of climate solutions, and the importance of emissions … without any bias towards or against any particular source of energy.”

SMART POLICY- Portuguese managers are required by law to leave employees alone after working hours: Companies in Portugal will be forbidden from contacting employees outside of working hours after a law regulating remote working is due to come into force in the coming weeks after it was approved by parliament, Prime Minister Antonio Costa said on Twitter. Under the new regulations, employers who fail to “abstain from contacting” workers outside working hours will be in breach of the labor law, but it is unclear what the consequences will entail. Companies will also be required to pay for extra energy and communications costs incurred by their at-home employees while any type of monitoring is prohibited. The laws are all in place to ensure that remote workers are taken care of and don’t feel isolated, with companies expected to organise regular face-to-face meetings to ensure this. However, the specifics of the regulation are still a bit hazy, including how costs at home will be calculated, says the Financial Times.