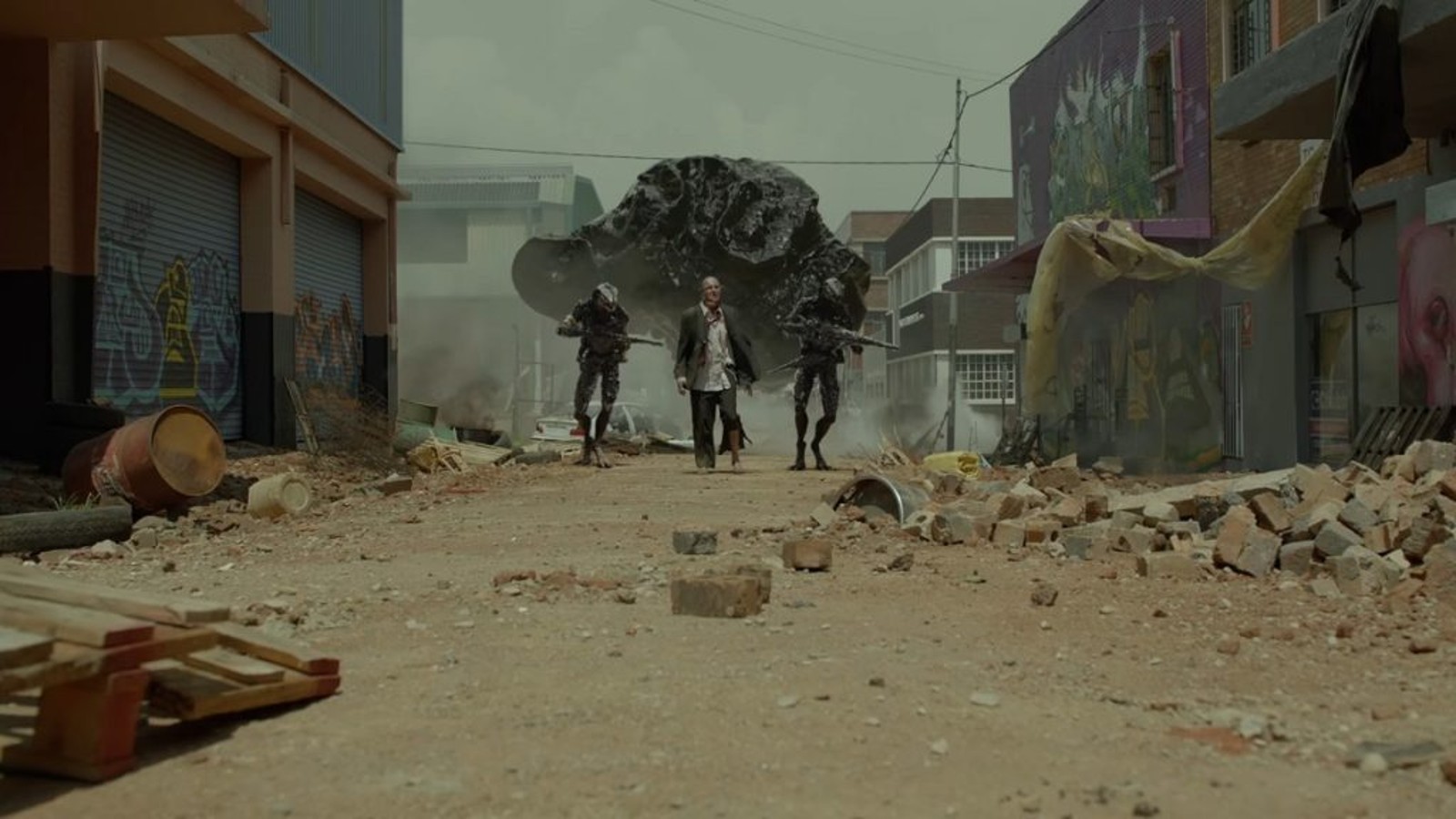 If off-beat sci-fi dystopia is your thing, the guy behind District 9 has you covered: A series of shorts produced by Neill Blomkamp’s Oats Studios has landed on Netflix, bringing the director’s idiosyncratic visual style and high-concept sci-fi to TV. From aliens and evil politicians to uncomfortable cooking shows, the 10 shorts each follow a different tale from a different location, with the common thread being that humanity is suffering. The intriguing stories are all left open-ended, leaving you to fill in the blanks. Think Love, Death and Robots and Black Mirror, but with more violence.

⚽ It’s Klopp v Guardiola in the Premier League this afternoon: Last season’s champions Man City take on Liverpool at Anfield in today’s 5.30pm kick-off in a huge game that may help determine who eventually wins the league.

There are four matches in La Liga this afternoon: League leaders Real Madrid travel to Espanyol for today’s 4:15 pm kick-off, while third-placed Real Sociedad also play away from home at Getafe at 6:30 pm. Villarreal play Real Betis at 6.30pm while Granada and Sevilla kick off at 9 pm.

Mori Sushi’s new menu is kinda insane, but give it a chance: Egypt’s most famous sushi joint is out with a new menu inspired by Brazil’s Sao Paulo that combines some of the weirdest flavors we’ve ever seen. From fruits in your dragon roll to green beans and cheetos in a crunchy roll, the options had us raise our eyebrows several times. However, if your palate is a bit more on the adventurous side, we actually love the unique and diverse flavor profiles in the 40 new additions to the menu. We recommend the nigiri salmon truffle, the Salvador roll, the Sao Paulo roll, and the Fuji roll (yes, it does have strawberries on top). They’ve also added new sweet rolls such as a Reese’s roll that mixes chocolate, peanut butter, banana, and rice. The caveat with Mori Sushi is that the quality hasn’t been consistent across all branches. We recommend the branches at Cairo Festival City, CityStars, and Mall of Egypt.

The Cairo Video Festival kicked off during the weekend and will run through 20 October. The festival presents nine programs with 78 films from 27 different countries that will be screened in 10 different places across Cairo including Zawya in Downtown, Cairo Jazz Club 610 in Sheikh Zayed and Cairo Jazz Club in Agouza. Tonight, six experimental films will be screened in Zawya — all from Egypt — under the theme “The Motion of the Images,” which kickstarts at 7 pm. You can check the full screenings and event schedule here.

A live improv and interactive comedy theatre performance Irtigali by Ramsi Lehner will be held today at 9 pm at Room Art Space in New Cairo.

A novel about a criminal outfit battling it out with AI: The All-Consuming World by Cassandra Khaw follows Maya — who has died and been resurrected as a cyborg multiple times — in her final mission with the galaxy’s most infamous crew, the Dirty Dozen. After decades apart, the group of misfits comes back once again to save a fellow comrade. In their search, they fall upon a conspiracy among the ruling artificial intelligence species to take over the human race.