Of George Costanza’s wallet and a fintech founder’s dream 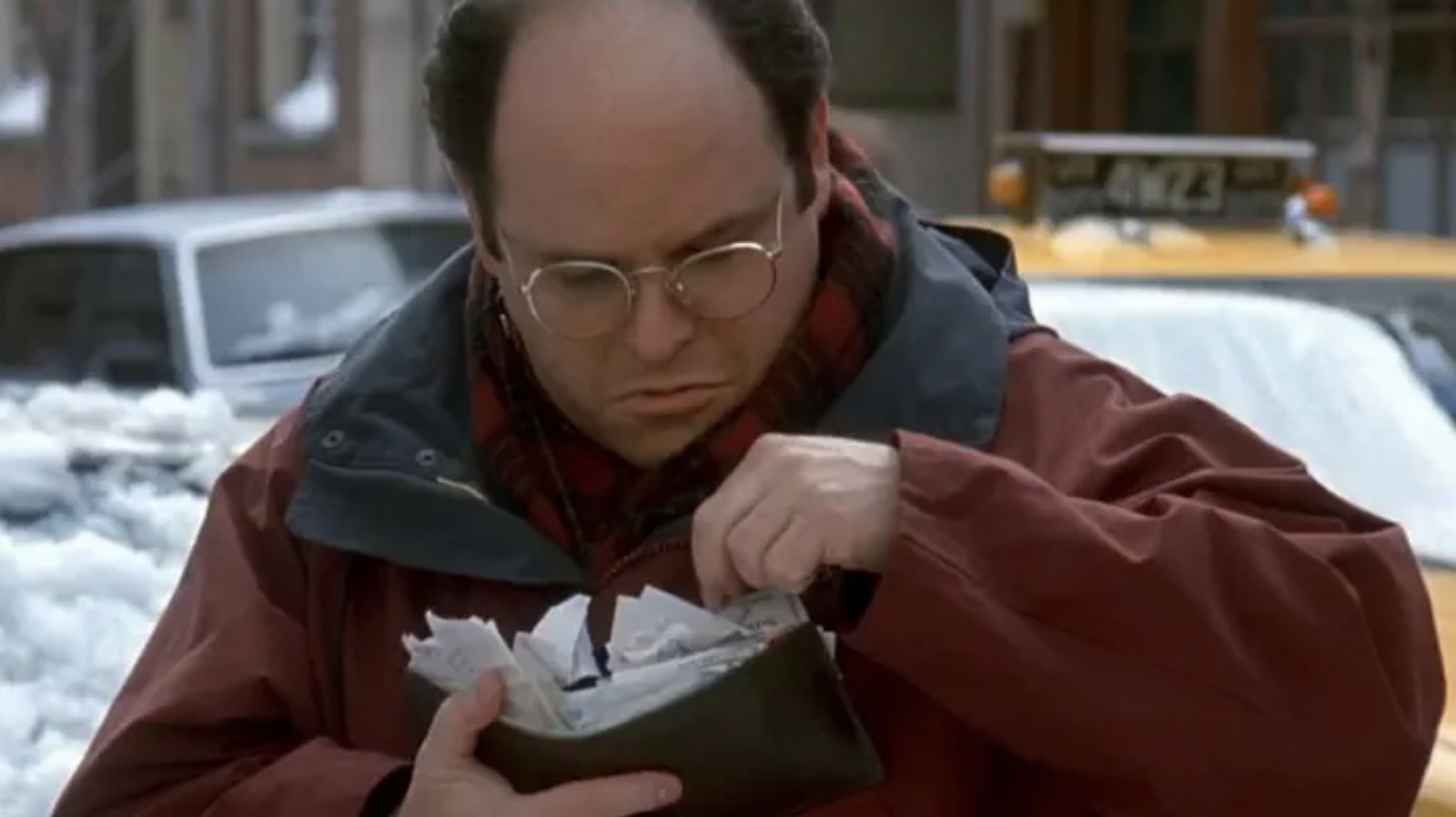 Somewhere out there, George Costanza is crying, suggests the Wall Street Journal, drawing on the Seinfeld characters ridiculously overstuffed wallet for the lead to its piece on the death of the physical wallet. Personal tech columnist Joanna Stern looks at how everyone from Apple and Google to governments and hotels is looking to replace your ID, keys, and the other paraphernalia you carry around with an app on your phone. Stern doesn’t think we’re on the verge of entering Utopia — and looks at the security, privacy and practical concerns that come with trusting everything to your phone — but she’s … guardedly optimistic. The story was prompted by Apple’s recent announcement that a bunch of US states are rolling out iPhone-compatible versions of driver’s licenses and state IDs.

The Financial Times was banging on about the death of wallets back in January, suggesting that the fashion accessory faces competition from everything ranging from fanny packs and cross-body bags to clutches and … fingerprints.

Speaking of Seinfeld: We have less than one month to go before the show debuts on Netflix. The streamer is set to drop all nine seasons in October.

FINTECH FOUNDERS’ DREAM: PayPal will acquire Japanese buy now pay later platform, Paidy for c. USD 2.7 bn, the digital payments giant said in a press release. Paidy allows Japanese shoppers to make online purchases, then pay for them on a monthly basis in a consolidated bill. The acquisition, which is expected to be complete by 4Q2021, will allow PayPal to expand in the Japanese market, the third largest ecommerce market worldwide. Earlier this year, PayPal acquired Israeli cloud-based infrastructure for digital asset security, Curv. Tech Crunch and the Financial Times have the story.

YOUR MANDATORY COVID STORY- Dreaming of a “return to normal life?” Well, dream away: Covid-19 is “here to stay,” World Health Organization officials said, with the virus likely to mutate like the flu and stay a part of our future indefinitely, CNBC reports. WHO officials say that this fate could have been avoided if the world had intervened early to stop the spread and mutation of the virus during its initial discovery.

Job openings plateau as delta variant puts blue collar workers on shaky ground — in America: Job postings have increased during the summer due to a growing demand for remote working, rising by about 39% at the end of August from February 2020, according to the Wall Street Journal. But things took a different turn after that, with the delta variant curtailing previously strong demand for restaurant, salon and other in-person service positions. Beauty and wellness job openings dropped by 8.5% while child care jobs fell 3.3%,during August, after they had returned to a pre-pandemic level in the prior month.