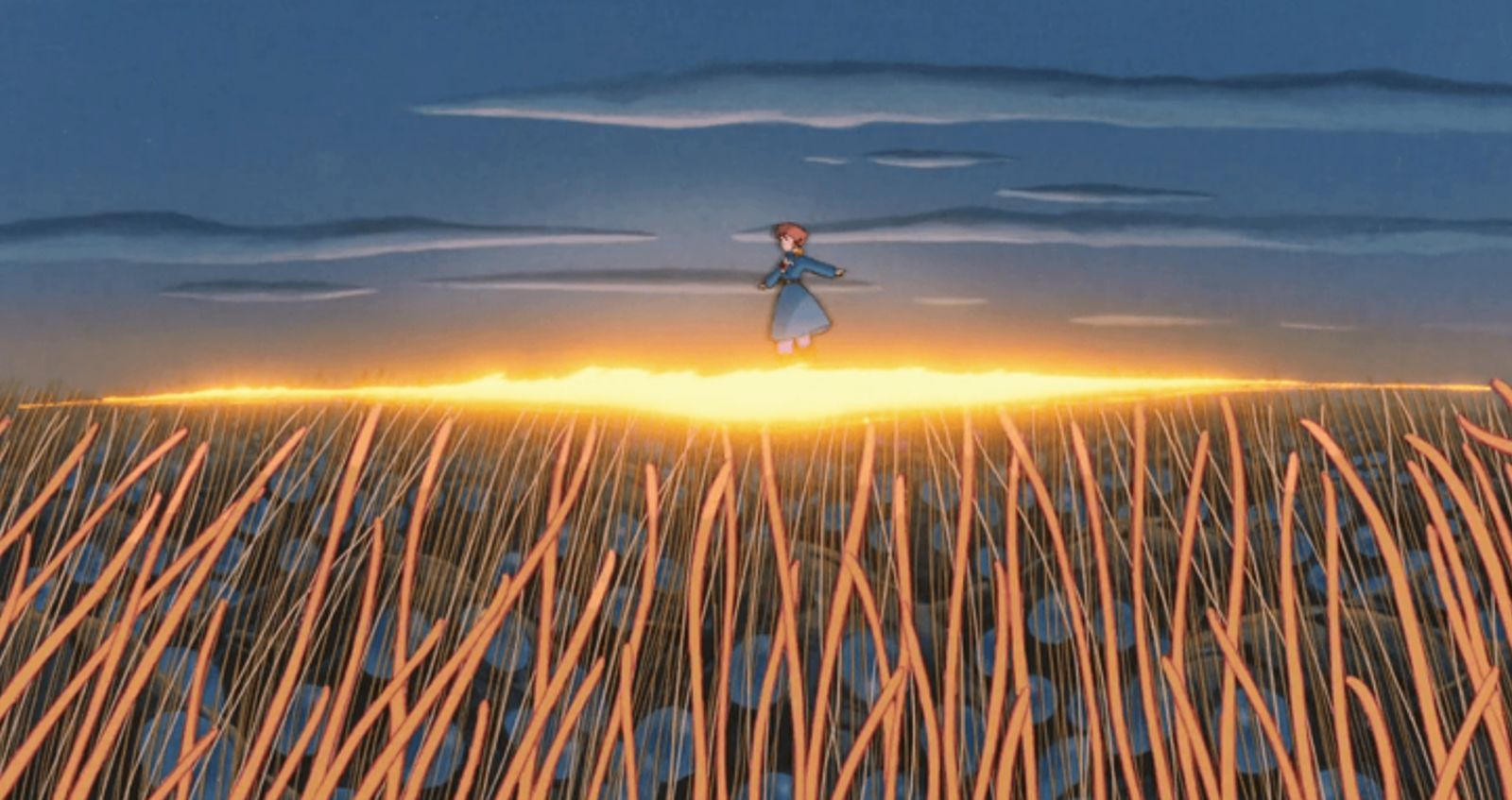 It’s hard to believe that this animated masterpiece was made in 1984: Japanese director Hayao Miyazaki fascinates with his first hit Nausicaä of the Valley of the Wind as a glimpse of anime powerhouse Studio Ghibli’s then-developing style and storytelling. From the director who created Spirited Away and My Neighbor Totoro, this avant garde masterpiece is an eco-warning that shows heroine Nausicaä — lover of nature and the animal kingdom — grappling with warring nations and man’s relentless capacity to destroy the planet. Miyazaki’s nature-first, humanity-second approach to environmentalism began with this movie. You can binge-watch all of Studio Ghibli’s films on Netflix, but make sure to start with this hidden gem.

⚽The footie is back in action tonight: The international break finally ends today, and the big European leagues are coming back this Friday and Saturday. Until then, here are tonight’s highlights for the World Cup’s European qualifiers: Kosovo vs Spain; Italy vs Lithuania; Belarus vs Belgium; Poland vs England; and Iceland vs Germany, all of which will be played at 8:45pm.

🎾 Two Canadian teenagers have captured the attention of the tennis world as they storm to their first-ever slots in the semifinals of the US Open. Catch awesome match reports from the US Open website (Fernandez and Auger-Aliassime) and get ready to tune this weekend — both play on Friday.

Egyptian Project Acoustic takes to the stage at Cairo Jazz Club 610 tonight at 9pm with their captivating folkloric tunes. Meanwhile, 3al Intaج featuring AK will be playing the latest homegrown rap and trap music, as well as some hip hop beats at Cairo Jazz Club at 8pm.

Alongside Al Andalus Orchestra, Mona Burkhardt will be performing a round of classics from Spanish folklore at the Cairo Opera House today at 8:00pm.

The Egyptian Center for Culture and Arts is hosting an Italian-Egyptian music concert that fuses Mediterranean influences from both countries, performed by an ensemble of musicians from Italy and Egypt.

Medfest Egypt is taking place today at La Viennoise in Downtown at 7pm with the screening of four short films focusing on the intersection of medical and social issues, Sheffa; Ayny; I Don’t Care; and From Inside. The screenings will be followed by a panel discussion with the filmmakers.

Drop your phone and pick up this book: No One is Talking About This: A Novel by Patricia Lockwood tells a genre-bending story about a nameless “influencer” who posts her life away into “the portal.” Lockwood’s writing style in this debut work seems a little bit odd on first read, but the story then unravels to hit close to home, especially for heavy social media users. The author’s debut novel shows the effects of social media and being “extremely online” in a bizarrely humorous — and at times piercing — way. As one of the most anticipated books of the year, it was longlisted for the 2021 Booker Prize and shortlisted for the 2021 Women’s Prize.